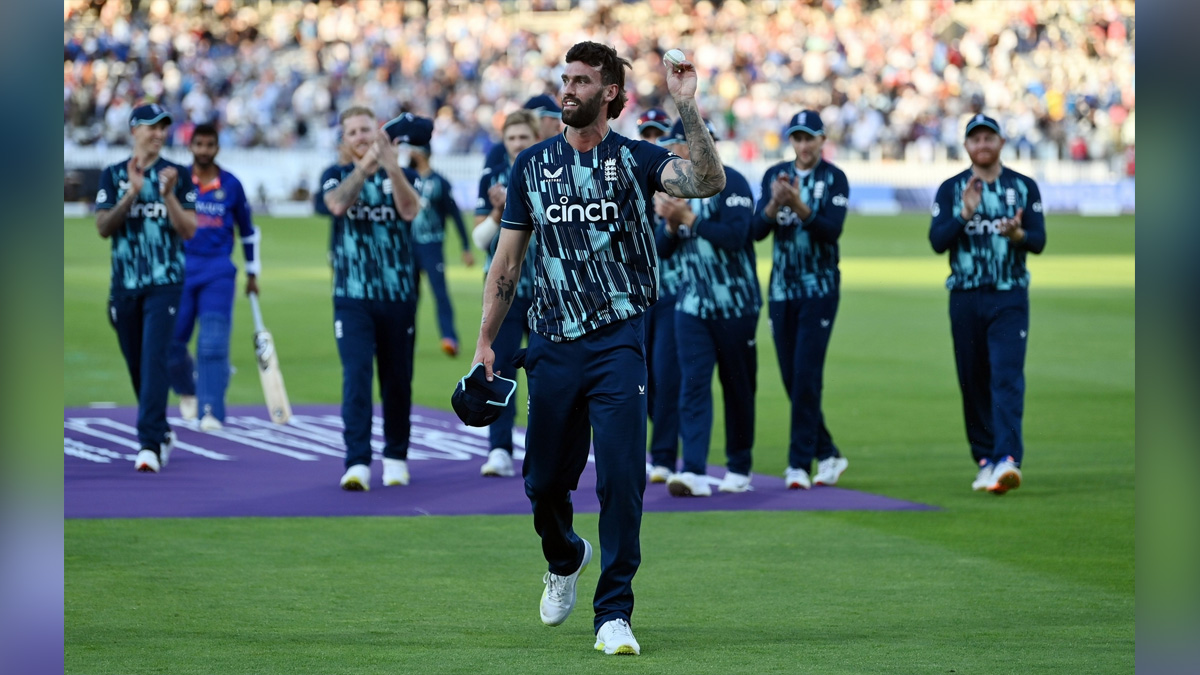 I’m just happy to have played my part : Reece Topley on match-winning 6/24

London : Tall left-arm quick Reece Topley was incredibly pleased to have played his part in contributing to England’s 100-run win in the second ODI against India at Lord’s on Thursday.

Topley was named player of the match in the win over India at Lord’s for his amazing spell of 6/24 in 9.5 overs, the best-ever figures by an England bowler in ODIs.

“It was a terrific team performance to bounce back from the other day and I’m just happy to have played my part. It means a lot and makes it all worthwhile, to be honest.

It was just over the stand where I had surgery three years ago (due to stress fracture in the back at the Wellington Hospital), so it’s come full circle, which is crazy,” said Topley after the match.

Topley has been a consistent presence in England’s white-ball sides for over a year and is aiming to be a constant presence in the team under the captaincy of Jos Buttler and head coach Matthew Mott.

At Lord’s, he took out openers Rohit Sharma and Shikhar Dhawan in power-play before taking out a dangerous looking Suryakumar Yadav and finished off the match with scalps of Mohammed Shami, Yuzvendra Chahal and Prasidh Krishna for his career-best performance in ODIs.

“Of course, it’s everyone’s dream to play for England and I just want to pull on the shirt as often as possible and play my part in winning games for England in the World Cups, whoever is touring. It is a privilege every time.

It’s a big game at the weekend, try and wrap up the series. Hopefully, we do that, and whatever is next,” stated Topley.Buttler, the new white-ball skipper for England who got his first ODI win as a full-time captain, was delighted for Topley making it a match to remember for the hosts’ at Lord’s after enduring a rough time due to multiple stress fractures on his back.

“Delighted for him. He’s a very popular member of the team, he brings a lot of energy to the group and you know he’s had quite an interesting story, you know: came into the game very early with Essex and then had obviously back trouble and stuff.

So, for him to come back from that and to take 6 for 24 at Lord’s is an incredibly special performance.”Asked about Topley’s ability to return to competitive cricket and making a progression in his bowling skills, Buttler remarked, “It’s a tribute to his perseverance and his outlook on life and the game.

He’s had really tough experiences, not knowing if he would play again and that’s given him a real sense of perspective and a real enjoyment when he’s playing. He’s got all the attributes to be a fantastic international bowler and delighted for him to get those results.”