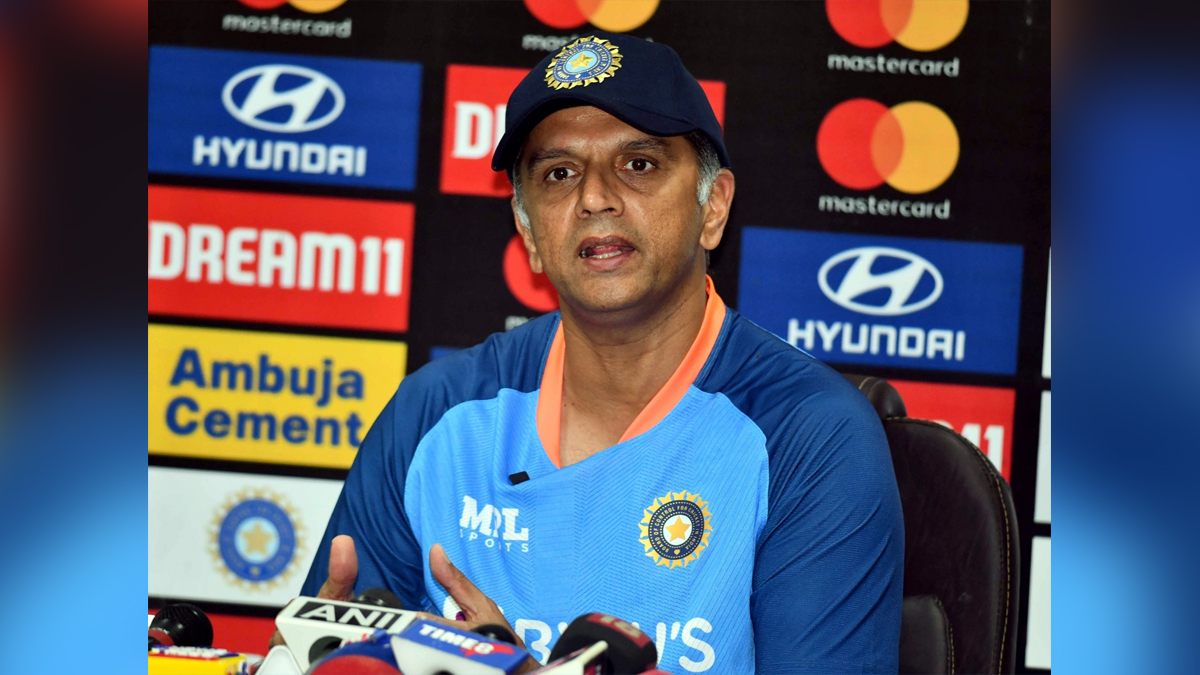 Chattogram : India head coach Rahul Dravid is aware that his team have a challenge on their hands in terms of qualifying for a second successive World Test Championship (WTC) final.

As the race for making the cut for the WTC final heats up, India have to win either all six or five of their remaining matches — two against Bangladesh, one of them currently underway in Chattogram and four against Australia at home in February-March next year — to enter the finale clash which will be held at The Oval in June 2023.

“It’s one step at a time. I don’t think we can start looking at the sixth one when we start here. We’ve got to win this one first. We’ve got to play our best cricket to give ourselves a chance to win this first one and then go to Dhaka to replicate that and take it as we go.”

“We know we’ve got a challenge on our hand. We know we’ve got to win majority of our games in the World Test Championship, but we are not going to get there if we don’t take the first steps well.

So, we’ve got to focus on this one and then see how the cards fall and how it goes and see what we’ve got to do in the series against Australia,” said Dravid in a video posted on bcci.tv.

Dravid also felt teams are becoming more aggressive and are pushing for results since the time Tests have come under the World Championship umbrella with 12 points associated with every match and finds adaptability to be of utmost importance in the format.

“Teams have already been aggressive over the last bit (of time). Teams are playing for results a lot more now especially with the WTC points at stake. I still think adaptability is going to be very important in Test cricket.”

“The teams that have that adaptability or that ability to be able to switch so to speak even in between a Test match are the ones that are going to be very successful.” Dravid was also in praise of talismanic batter Virat Kohli, who recently made his 44th ODI century against Bangladesh at Chattogram on December 10.

Since the Asia Cup, Kohli has been in sizzling form and was in magnificent touch during T20 World Cup in Australia. “Virat has an incredible template in 50-over cricket. His record speaks for itself, which is phenomenal.

He’s got a good template in one-day cricket wherein he knows when just to be aggressive and when to control a game. It’s incredible to watch and it’s really good signs for us, if he can build up for us.”

“I know he’s hungry, he feels he is back, training as hard as I’ve ever seen him. That’s been for me one of the standouts over the last year and a half – just watch the way he trains, he prepares – that never changes irrespective of whether he is doing well or not.

That’s a great lesson for a lot of the younger players coming into the group.” Dravid signed off by saying a lot of youngsters will benefit from playing against Bangladesh in their backyard in Tests after losing ODI series 2-1.

“There are a lot of guys for whom this is a completely new experience of playing Test cricket here in Bangladesh. They’ve played a few one-day games but not Test cricket.” “It’s nice to be able to play in all parts of the world in Test playing countries.

Bangladesh has been playing some good cricket at home recently. It’s a good challenge for the boys. They are really excited about it.”

Sri Lanka Cricket has a bright future thanks to LPL : Sanath Jayasuriya