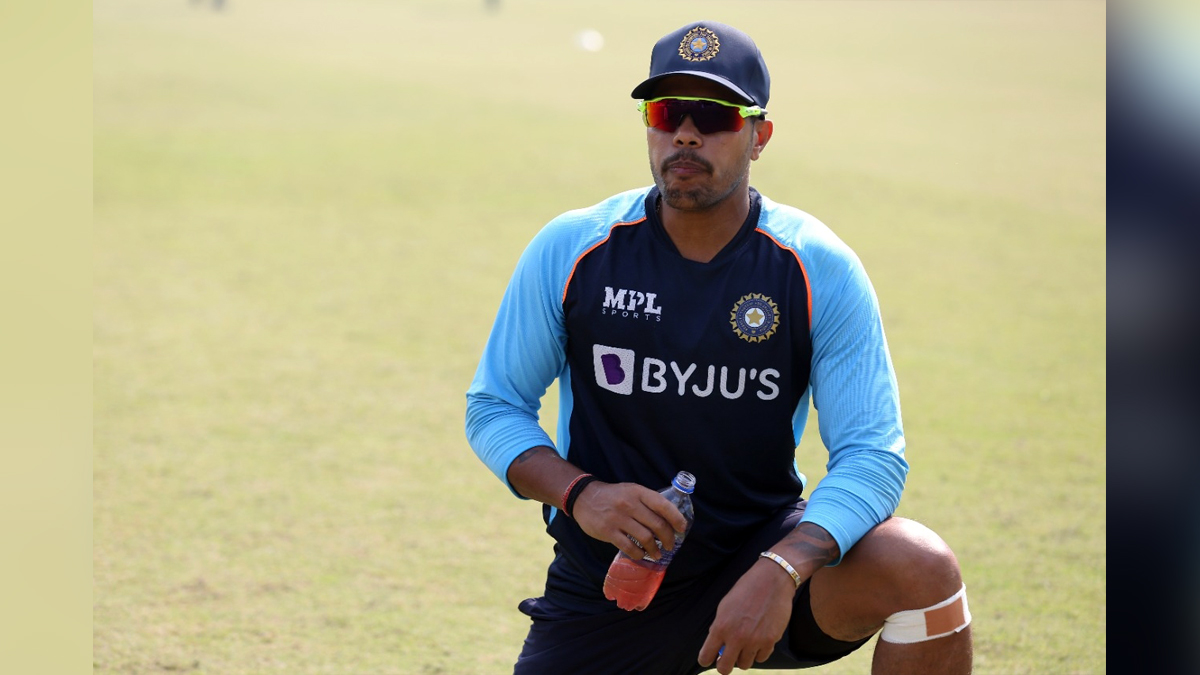 Chattogram : India bowling coach Paras Mhambrey on Tuesday termed Umesh Yadav as the fast-bowling spearhead for the visitors’ ahead of their Test series against Bangladesh at the Zahur Ahmed Chowdhury Stadium on Wednesday.

In a series where pitches are expected to be spin-friendly, there will be huge focus India’s fast-bowling unit missing first-choice fast-bowlers in Jasprit Bumrah and Mohammed Shami due to injuries. The absence of Bumrah and Shami gives Umesh a chance to have an uninterrupted run in a Test series, which has been a little difficult for him ever since Mohammed Siraj emerged as a strong third pacer.

Umesh has had few chances in Test cricket over the last few years, having played three Tests each in 2020 and 2021, and played just one match in 2022, which came in January against South Africa at Cape Town.

But with his encouraging four wickets in the second four-day match for India A against Bangladesh A last week, it will give him the billing to lead India’s bowling attack where making the cut for World Test Championship (WTC) final is at stake.

“Umesh is a very experienced bowler and what he brings to the table. Unfortunately, the way things have been, he hasn’t got enough opportunities. Looking at the team balance, someone like Bumrah, Shami, Siraj came in and team management has spoken to him on why certain decisions were taken.

In that sense, we are very clear with Umesh as far as clarity is concerned.” “If I look it from other way, Umesh becomes a spearhead for us right now. He has a lot of experience with him going into the Test match and series.

Also happy with the way Siraj has progressed and delivered in Test cricket. He has won Test matches for us and in other venues as well.” “A lot is expected from Umesh, but it is also a great opportunity for someone like Siraj to fill in.

Every Test match from here on is extremely important for us (keeping WTC final in mind) and from our perspective, we are looking at winning every Test match,” said Mhambrey in the pre-match press conference.

India also have Shardul Thakur, Navdeep Saini and Jaydev Unadkat as other options in the fast-bowling department to explore and Mhambrey was pleased that all bowlers had some game time in hand, be it be at international or domestic level.

“That is good as everyone is in touch. Bumrah and Shami will be definitely missed, but we also look this as an opportunity that the others have to play Test cricket and perform for the team.” India are playing Tests after five months and Mahmbrey admitted to players taking some time to make mental adjustment for adapting to longer format.

He also felt the decision on bowling combination will be taken as per the nature of the pitch. “Bowling is very much surface related, isn’t it? We’ll look at the surface. We saw the wicket yesterday. We played one game here; it was a nice flat wicket.

From a bowling perspective, we know we have to work very hard to take out 20 wickets.” “Depending on the pitch, we will plan and see whether to go with three seamers or three spinners, keeping in mind what could happen on day three, four and five.”

“The trend here over the last two-three years has seen high-scoring games with flat pitch. But we will have a look at the wicket and see what will the bowling equation be – three spinners plus two seamers or three pacers plus two spinners.”

Ahead of the first Test, a video of Rishabh Pant going full throttle in practice session went viral and asked about the same, Mhambrey said the team think-tank will never ask for him to curb his natural attacking style and that he’s aware about his role and expectations from him by the side.

“That’s the way Rishabh bats in the nets. It’s kind of preparation for the way he plays. I don’t think there’s any other special discussion with Rishabh that we are having and saying that, ‘this is way we want you to play’.

That’s his game. We know what we expect out of Rishabh and nothing changes with the way he plays.” “That’s the way he prepares for any format, be it be white-ball or Test cricket. He is pretty much aware of what his role in the team is.

Our conversations are never around the way we want him to play. He knows how important is role in the team going to be and what the team expects out of him. That’s the way he goes and prepares.”