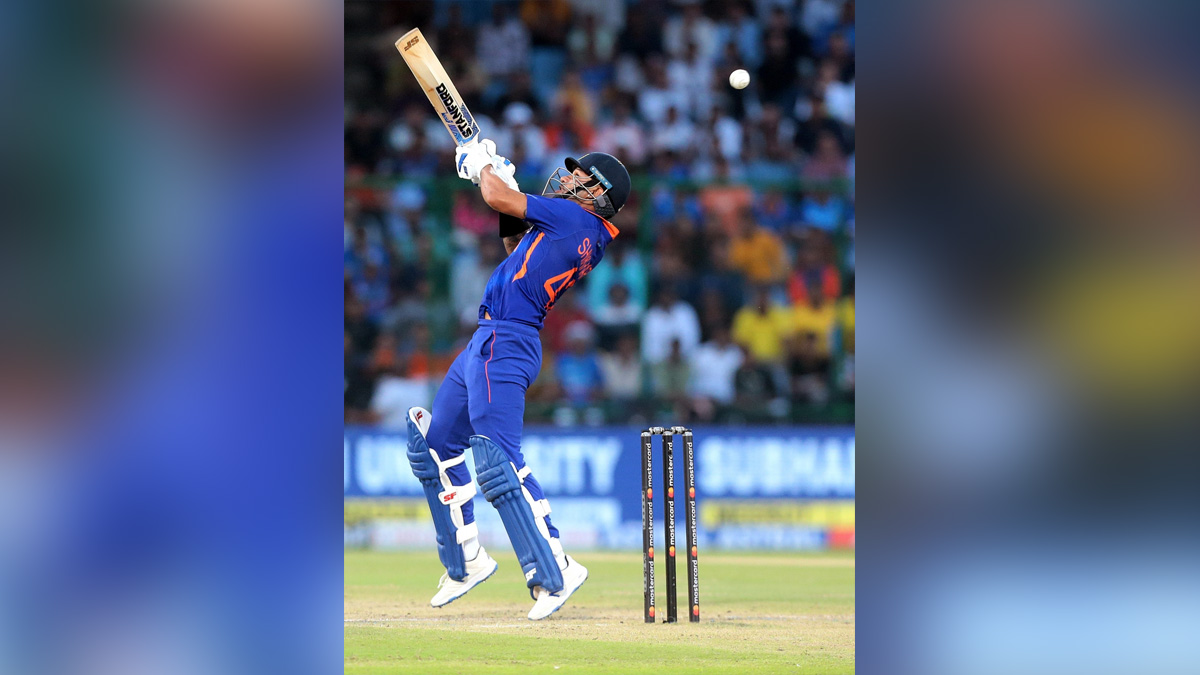 Auckland : As India captain Shikhar Dhawan notched up his 39th ODI fifty by hitting 72 off 79 balls against New Zealand in the ODI series opener at Eden Park on Friday, former India head coach Ravi Shastri was quick to point out that the left-handed opener doesn’t get the accolades he deserves.

Despite being slow at one stage in his innings, Dhawan was quick to get back on track for hitting 13 boundaries in a knock where he shared a 124-run opening stand with Shubman Gill, who also notched up a fifty to set the base for India’s 306/7 at the end of the first innings.

“He’s vastly experienced. He doesn’t get the accolades that he deserves. To be honest, most of the spotlight is on Virat Kohli and Rohit Sharma. But when you look at his one-day cricket record, and you look at some of the innings he has played against top teams in big games, it’s an outstanding record.

A left-hander at the top makes a lot of difference,” said Shastri on Prime Video during the match.Dhawan, whose strike-rate in ODIs has been of huge interest for cricket fans, stepped up to add impetus to India’s innings by hitting Lockie Ferguson for back-to-back fours in the 15th over — a cut through backward point was followed by a nice chip through mid-wicket.

Three overs later, he took two more fours off Adam Milne by cutting uppishly twice, and then reached his half-century, off 63 balls, with yet another four heaved over long-on for off him in the 21st over. Four balls later, Dhawan brought up the century of the opening partnership by ramping over the keeper’s head for four.

Shastri also feels that apart from his natural stroke-play, Dhawan will be crucial with his extensive experience of playing the format and guide young players in the squad. “He is a natural stroke player, he has got all the shots to countertop class fast bowling, the pull, the cut, and the drive.

Cricket enthusiasts in India can watch the 2nd ODI against New Zealand, to be held at Seddon Park in Hamilton, on Prime Video on November 25.