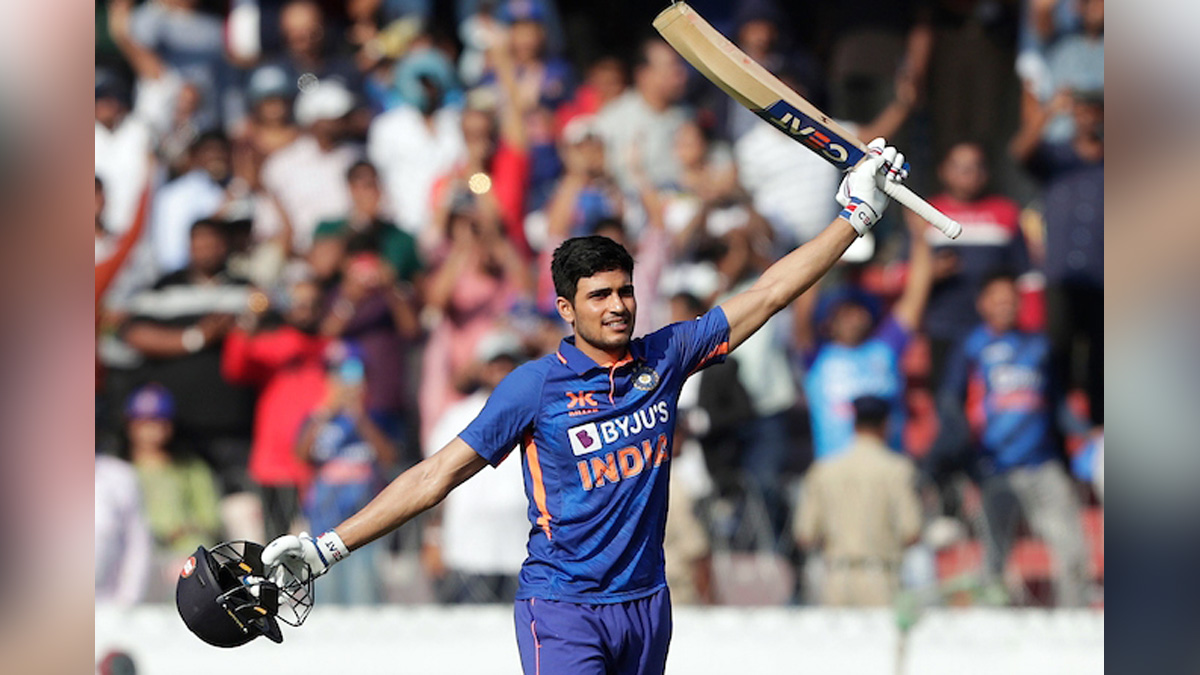 Hyderabad : Right-handed India opener Shubman Gill on Wednesday stormed into the record books by smashing a magnificent double hundred in the first ODI against New Zealand at the Rajiv Gandhi International Stadium, here.

Coming into the first ODI, Gill was 23 years and 132 days old. The previous youngest was Ishan Kishan, who set the record with his 210 against Bangladesh last month at the age of 24 years and 145 days.

Gill fell in the final over to close out his knock on 208 from 149 balls, having hit 19 fours and nine sixes to lift India to a massive score of 349/8. The next highest score in the innings was 34 by captain Rohit Sharma.

The young opener’s scoring accelerated throughout the innings, with his first 50 coming off 52 balls. He went from 50 to 100 off just 35 deliveries and then jumped from 100 to 150 in 35 deliveries.

But it was his final flurry that saw the acceleration really take off, with Gill going from 150 to 200 in just 23 balls, passing the double-century point thanks to three consecutive sixes off Lockie Ferguson in the 49th over.

In the process, he also became the fastest Indian cricketer to record 1000 ODI runs when he reached 106 in his 19th ODI innings. It continues Gill’s purple patch in ODI cricket, after his last knock in the format was a 97-ball 116 against Sri Lanka in the final game of the series at Greenfield International Stadium in Thiruvananthapuram.

Gill overtook Virat Kohli and Shikhar Dhawan, who jointly held the previous record at 24 innings to become the fastest Indian and the joint-second fastest ever to 1000 runs mark in ODIs.

He equalled Pakistan opener Iman-ul-Haq for breaching the 1000-run mark in 19 innings while missing out on another Pakistan opener Fakhar Zaman’s record of fastest to 1000 ODI runs in 18 innings.

He had his slice of luck moments before he reached his fifty in the 19th over. New Zealand skipper Tom Latham dropped the batter and missed a stumping opportunity as well off Michael Bracewell.

Gill was also dropped on 124 by fast bowler Henry Shipley, who spilled a caught and bowled chance, something which turned out to be very costly at the end. Rohit still holds the record for the highest individual score in a men’s ODI with his 264 against Sri Lanka at Eden Gardens, Kolkata, in 2014.

He is the only player to have reached a double-hundred more than once in the format, with three to his name the others against Australia in 2013 (209) and versus Sri Lanka in 2017 (208 not out).