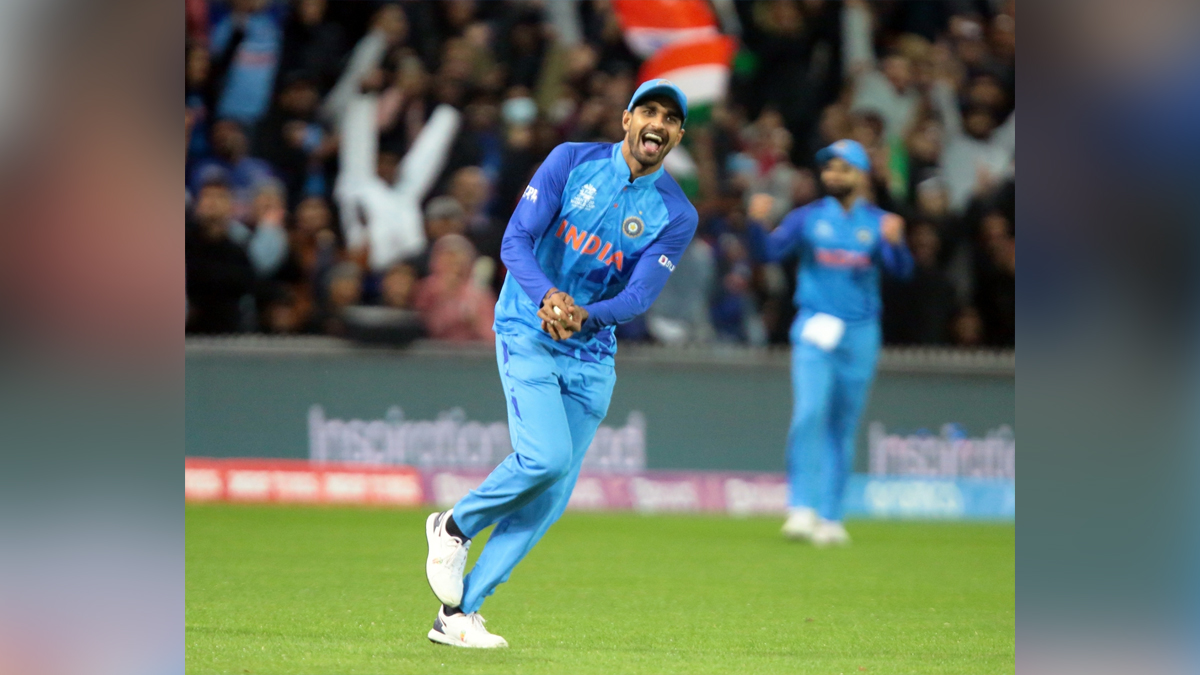 IND v SL : You need to be ready for such situation, says Deepak Hooda on strong finish after collapse

Mumbai : When Deepak Hooda walked out to bat in the T20I series opener against Sri Lanka at the Wankhede Stadium on Tuesday, India were in tatters at 77/4 in 10.3 overs on a pitch where batters couldnt play their shots freely and get boundaries in quick time.

Hooda would see captain Hardik Pandya fall to leave India’s score at 101/5 in 15 overs. But Maheesh Theekshana, who was impressive till then, did not get the short ball right, allowing the right-hander batter to pull massively over deep mid-wicket for six.

Theekshana tried to over-compensate by bowling fuller and Hooda came forward to smash over the same region for another six. His spin twin, Wanindu Hasaranga, too made the error of bowling a short ball to Hooda and was pulled handsomely over deep mid-wicket for another six.

The all-rounder led the way for a crucial 68-run partnership with Axar Patel (31 not out off 20 balls) to be unbeaten on 41 off 23 balls. “Initially, the situation did not permit hitting the ball hard, but it was his (Theekshana) last over and then he bowled a loose ball as well.

In a T20 game, you have to keep that intent of hitting. If you get the ball in the right area, you have to smash it. That was, I suppose, the perfect time to play my game and partner Axar (Patel) and thankfully it got executed well,” said Hooda in the post-match press conference.

Hooda also remarked that he had the clarity in his mind to pull India out of a tough situation against Sri Lanka. “It was very clear that we had to build partnerships after we lost early wickets.

You have to be ready for such situations when you’re batting in the lower order, at number six. There can be a collapse any time and it was not a collapse as such, we were in a good position early on.

But yes, that’s the role of a number six or seven, either you do in the first or second match,” he said. “That’s what the game demands: that you play according to the wicket and post a decent total.

That’s what I was thinking while batting as a number six batter, that I had to do the finisher’s job,” he added. Before the last five overs began, Hooda was at six off eight deliveries, and was yet to hit a boundary, getting his runs via singles after being beaten on the first ball by Hasaranga.

Sri Lanka assistant coach Naveed Nawaz feels that his batters can take a cue out of Hooda’s way of finishing fireworks unleashed on Tuesday, giving a defendable total in a tight two-run victory.

“It is all about mentality in T20 cricket and also to find the balance in when to attack and when to knock the singles off. It’s been challenging because sometimes players tend to waste a lot of balls, play too many dot balls and find themselves in a situation where you are far behind the asking rate.

So, the easiest way to play T20 cricket is to be positive and look at playing aggressive cricket,” said Nawaz. “Whenever the opportunities arise, go for it. Whenever there is a low score, there is a reason behind it, like the condition of the ground and wicket.

The batters will have the challenge to counter that and go according to the ground conditions.” So, it’s been a challenging task to find that right balance between being attacking and defensive.

But I guess T20 cricket is about being aggressive, positive and encouraging our boys to do the same. If you are positive and aggressive, I am sure that results are going to be on your side often,” he added.

Rishabh Pant to be airlifted to Mumbai from Dehradun for surgery : BCCI