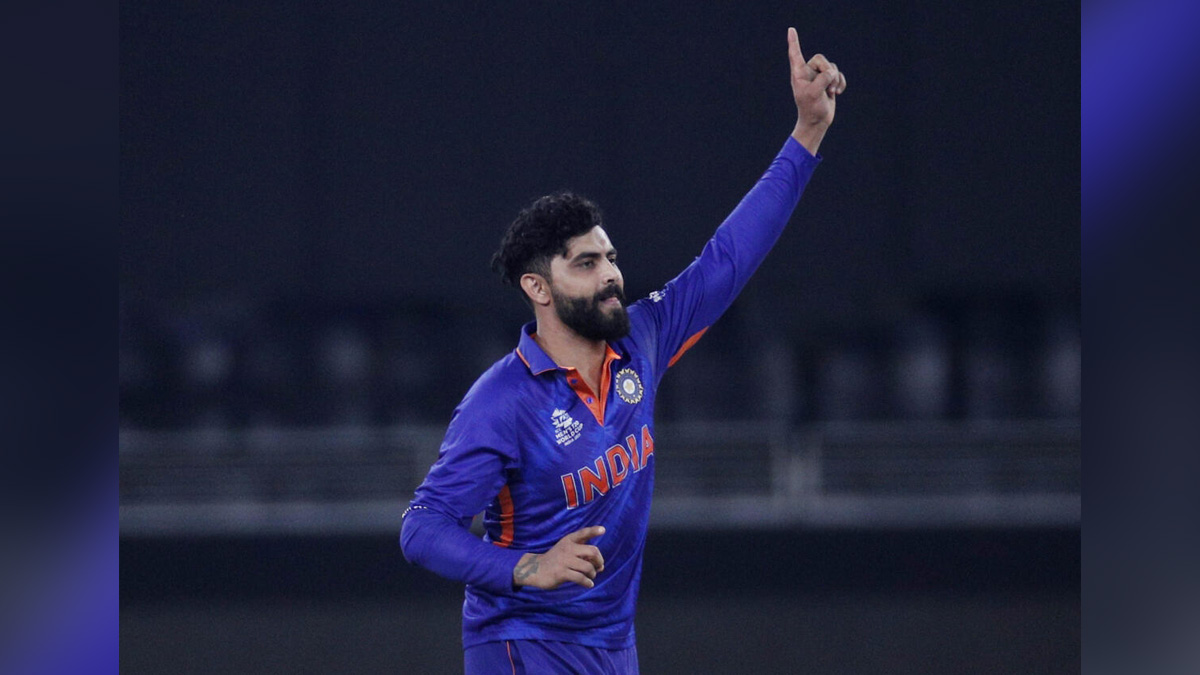 Port of Spain : Left-arm spin all-rounder Ravindra Jadeja has been ruled out of the first two ODIs against the West Indies in Port of Spain, Trinidad due to a right knee injury, said the Board of Control for Cricket in India (BCCI).

Jadeja was appointed as the vice-captain to Shikhar Dhawan for the three-match ODI series in the Caribbean.”Team India all-rounder Mr. Ravindra Jadeja has sustained an injury to his right knee and has been ruled out of the first two ODIs against West Indies.

The BCCI Medical team is monitoring his progress and a decision on his participation in the third ODI will be taken accordingly,” said the BCCI through its official Twitter handle.

In the absence of Jadeja, middle-order batter Shreyas Iyer has been named as the vice-captain in India’s playing eleven for the first ODI against the West Indies at Queen’s Park Oval on Friday.

Earlier, on the eve of the match, in the pre-match press conference, Dhawan had said that he was unaware whether Jadeja, 33, would be available for the ODI series opener.”Right now, he has a bit of a niggle so we don’t know whether he will be ready or not for the first ODI.

Other than that, Siraj is there, Prasidh is there, and we have got amazing fast bowling. In spin, Axar Patel is there and Yuzvendra Chahal is there, we have a good bunch of bowling unit so it will be very impactful.

“Meanwhile, premier West Indies all-rounder Jason Holder was ruled out of the first ODI due to testing positive for Covid-19, Romario Shepherd, all-rounder and reserve player comes into the playing eleven.

“Jason Holder tested positive for Covid-19 and is unavailable for today. Romario Shepherd has been drafted into the squad,” said an official update from Cricket West Indies (CWI).