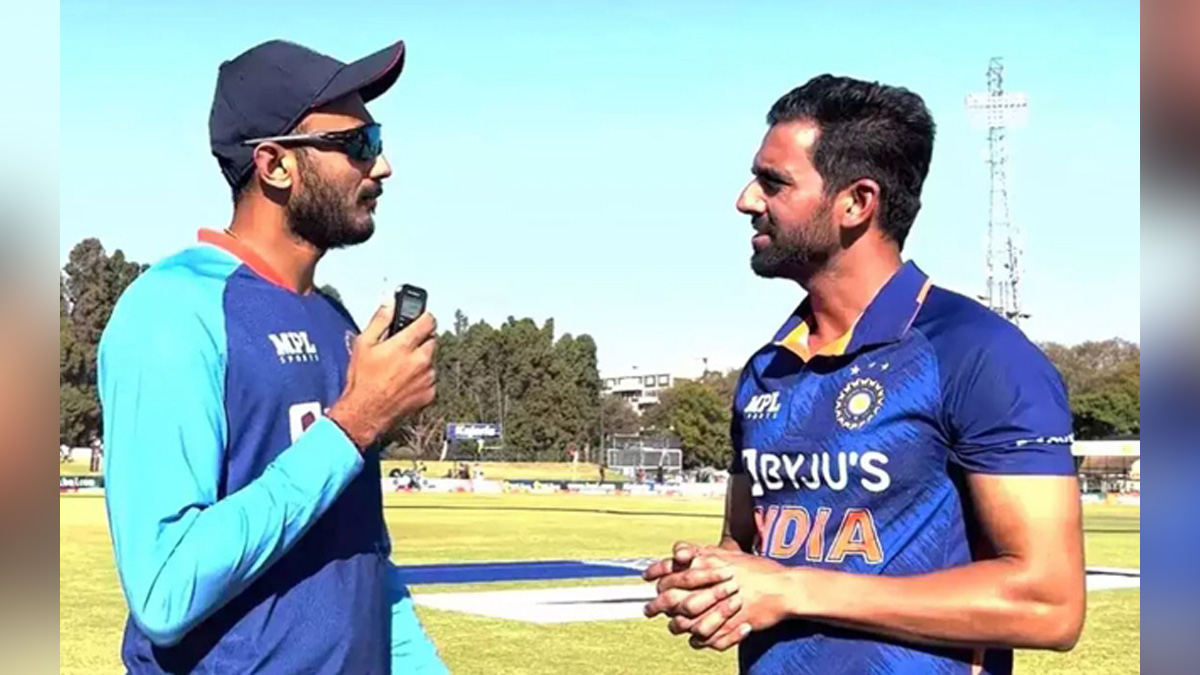 Harare : Thursday saw pacer Deepak Chahar make his first international match in almost seven months memorable by picking 3-27 in seven uninterrupted overs to set the base for India’s 10-wicket thrashing of Zimbabwe in the first ODI at Harare Sports Club.

After the match, where he was adjudged as “Player of the Match” Chahar was understandably pleased over bouncing back to play for India again. He even corrected his team-mate, left-arm spinner Axar Patel, over the time he spent on the sidelines since tearing his left quadriceps in February during the T20I series against the West Indies.

“It’s been 6 and a half months, not two months. When you are out for such a long time, you are always eager to make a comeback into the Indian team. It was a tough phase and time. But the good thing is that it keeps changing.

I was waiting for a long time to come back and play for India again,” said Chahar in a video posted by the BCCI on their social media accounts.Getting back to new ball duties, Chahar took his time to find his groove and rhythm before becoming comfortable and taking out the opening pair as well as Wesley Madhevere.

“It feels so good. The landing area was hard and my spikes were not gripping. I started to land properly only when the area got rough. And luckily I got a wicket, which took the pressure off,” added Chahar.

The video had a moment of laughter when Axar said to Chahar, “You keep making strong comebacks.”In reply, Chahar said, “You keep taking the interview.” Jokingly, Axar, who had referred to Chahar as India’s own AB de Villiers, responded by saying: “No, no! What will (Yuzvendra) Chahal bhai do (Chahal TV bhi to chalana hai).”

Thanks to the three wickets taken by Chahar, Patel and Prasidh Krishna, India were able to bowl out Zimbabwe for 189. Chasing 190, Shikhar Dhawan and Shubman Gill remained unbeaten on 81 and 82 respectively to help India take 1-0 lead in the three-match series.

Would love to see ODIs still have meaning, not just at the World Cup : Scott Styris

Jemimah Rodrigues leaves The Hundred due to injury; Gaby Lewis named as her replacement