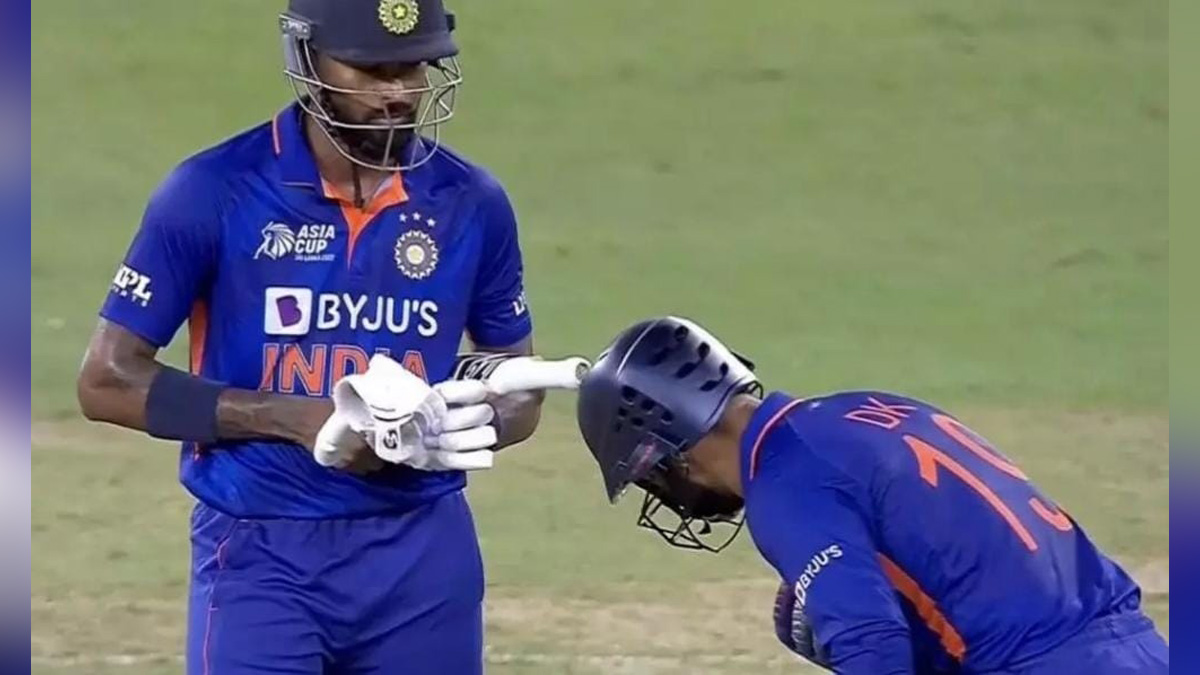 Dubai : The Rohit Sharma-led Indian side started off its 2022 T20 Asia Cup on a brilliant note after beating Pakistan in their thrilling tournament opener here on Sunday.The star of the day for India was all-rounder Hardik Pandya, who displayed some brilliant cricket both with bat and ball.

After taking three wickets with the ball, Pandya played a crucial knock as he scored an unbeaten 33 off just 17 balls smashing four fours and one six.After taking India home in the final over, Pandya’s efforts were well acknowledged by teammate Dinesh Karthik, who was at the non-striker’s end.

He bowed to Pandya as the star all-rounder was seen having a smirk on his face. The video of the moment went viral and the netizens are ‘loving it’.Talking about Karthik, he faced one delivery and scored one run.