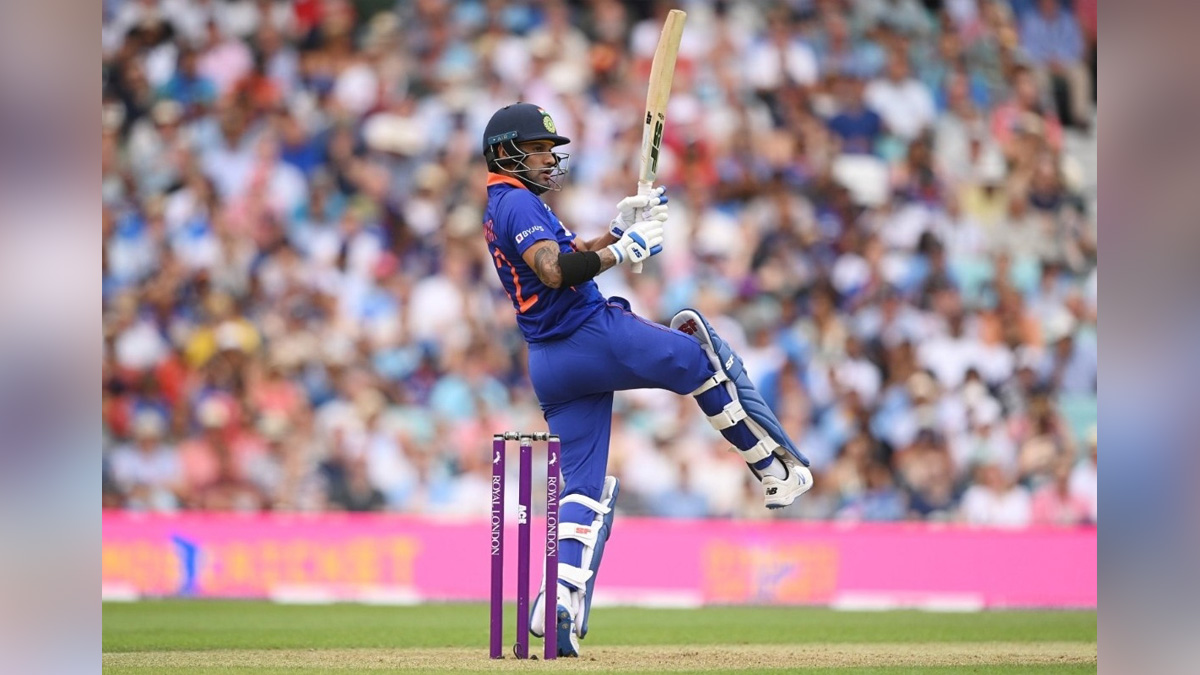 Port of Spain (Trinidad) : Ahead of the first ODI of the three-match series against the West Indies, stand-in captain Shikhar Dhawan laughed about the criticism of his batting form, saying that he has been hearing it for 10 years and the self-analysis and improvement matters most for him than anything else.

The 36-year old, who is now only considered for India’s ODI team, made scores of 1, 9 and 31 not out, during the recently concluded three 50-over matches in England.

His failure to score big coincided with India’s top-order struggles, something that the full-time captain Rohit Sharma highlighted as an area to work on, after India’s 2-1 series win over England.

There is also the chatter on social media about Shikhar being under some sort of pressure from the growing competition. Notably, India have a number of opening options Ruturaj Gaikwad, Ishan Kishan, Sanju Samson, and even Shubman Gill.

“I don’t feel odd, I have heard it for 10 years. People keep talking, I keep performing. If I listened to them, I wouldn’t be here. I have the experience, so I’m not too worried. As long as I self-analyse and improve, nothing else matters,” Dhawan said in his pre-match press conference.

“I’m a very positive person. For me, positivity is about self-belief and the confidence you take in. I have that since I’ve been playing for so many years. I’m here because I’ve done some good things. That is the positivity I want to pass on to the youngsters.

“We want to create the kind of energy where we put faith in each other to ensure the result takes care of itself. There is pressure in international cricket, sure, but it’s not the kind of pressure that will change my personality or style of play.

I have a lot of belief in myself and the team,” he added.The experienced campaigner is on his second tour as full-time captain, having worked previously with Rahul Dravid on the tour of Sri Lanka last year. He spoke about his bond with head coach Dravid and also touched upon the importance of having a lively atmosphere in the dressing room.

Notably, the left-hander created a smash hit Instagram reel featuring Dravid and most members of the squad currently in the Caribbean for the three ODIs.”We have a great bond. We had been to Sri Lanka (last year) and bonded well there.

There is an understanding, which is very good. I feel my energy and nature are such that we’re all together,” he said.”That liveliness within the group creates a good bond. There’s always fun and games, and a lot of laughter.

Earlier, we had team dinners and team activities. Now, we do reels too. If people are happy with it, it makes us happy (laughs),” he added.Dhawan also feels that “doing things together” and “sharing experiences” off the field are as important as winning on the field.

India have had plenty of time to bond since much of their three-day build-up since their arrival in the Caribbean has been hampered by rain, forcing them to train indoors.”I’m very excited.

Whenever I get a chance to work with the youngsters, I feel I can share my experience with them.Everyone does skill work, but I like to speak about the mental aspect and bring an impact to their games,” he said.