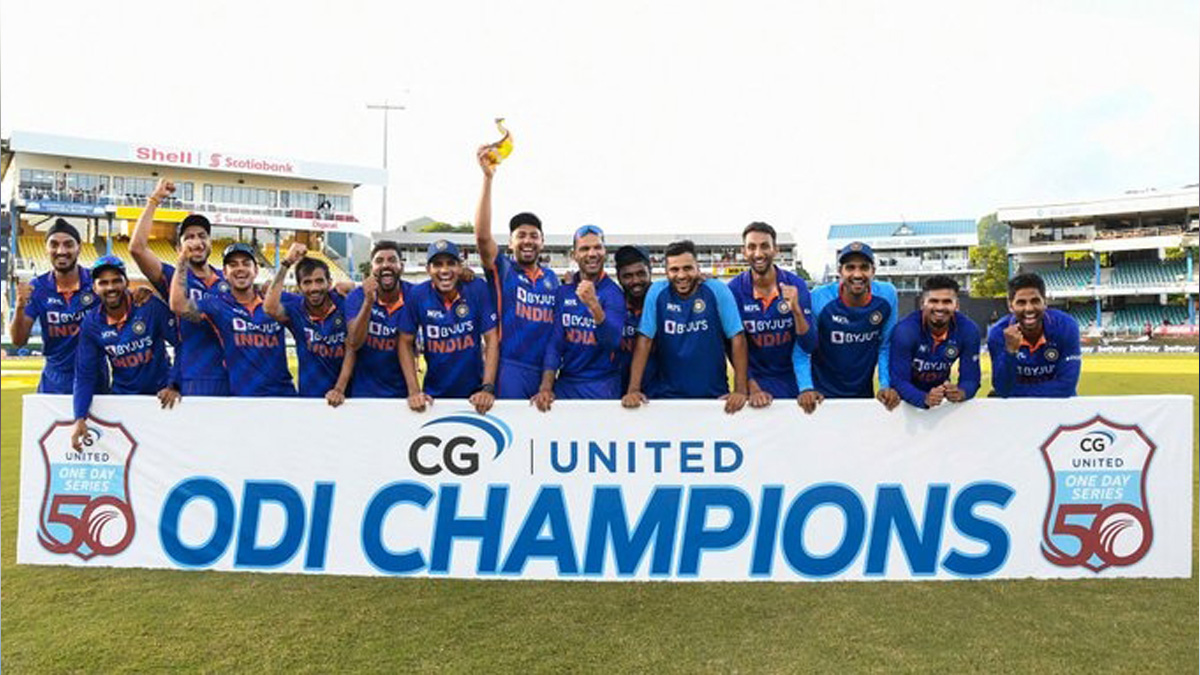 Port of Spain : Openers Shubman Gill and Shikhar Dhawan hit half centuries as India completed a series sweep over West Indies with an emphatic 119-run victory in a rain-affected clash in Port of Spain.

Opener Shubman Gill was the standout with a career best 98*, while stand-in skipper Shikhar Dhawan (58) hit his second half-century for the series.Gill was deservedly named Player of the Match and Player of the Series for his heroics during the tour, with the young right-hander scoring two half centuries and a total of 205 runs from three hits.

It goes to show that India are compiling some good depth in their white-ball squads, with Shreyas Iyer, Axar Patel, Shardul Thakur and Yuzvendra Chahal also showing good signs during the three-match series.

Experienced pacer Mohammed Siraj chipped in with two wickets early in West Indies’ run chase on Wednesday, while Chahal finished the job by picking up four scalps of his own during an impressive spell.

West Indies’ form in 50-over cricket has been surprisingly poor of late, with the Caribbean side now sitting on a nine-match losing streak after consecutive series losses against Pakistan, Bangladesh and now India.

While there were plenty of positive signs in the first two matches of the series against India, the third and final game was completely one-sided as the hosts struggled to match it with their opponents.