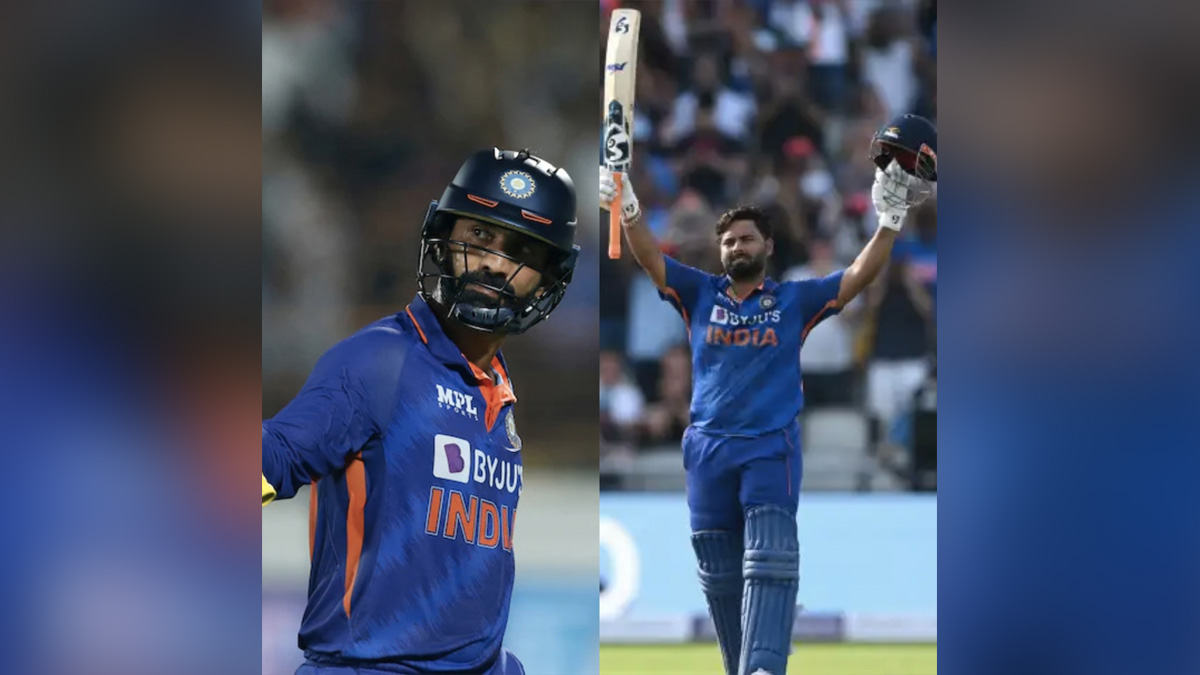 New Delhi : Former India wicketkeeper-batter Saba Karim feels that the side has to decide between keeping either of Rishabh Pant or Dinesh Karthik in the playing eleven.

With the Asia Cup starting from August 27 in the UAE, the tournament presents a chance for India to sort out their playing eleven composition ahead of Men’s T20 World Cup in Australia in October-November.

Since his comeback in T20I cricket in June, Karthik has been bringing out the required finishing acts and effectively sealing the finisher spot in the Indian team.A 27-ball 55 on a tough pitch against South Africa at Rajkot and an unbeaten 19-ball 41 on a tricky pitch against West Indies at Trinidad have been some examples of Karthik’s finishing role benefitting India in recent times.

On the other hand, Pant has had a mixed run apart from being tried as an opener twice against England. Since the T20I series against South Africa in June, where he was the stand-in skipper, Pant’s highest score has been 44 in fourth T20I against West Indies at Lauderhill, USA.

“I feel that to get the balance right, India has done well with five bowlers plus Hardik Pandya as a 6 bowling options. So would you like to break that kind of a combination and get in another bat at number 7 that is Dinesh Karthik at number 7? That means that you go in with Hardik Pandya the fifth bowler who is expected to bowl 4 overs, so that is another big call from the Indian team management.”

“So then if so that that may pose some issues for the Indian team management. Whatever I have seen from Rohit Sharma’s captaincy, I think he prefers to have five regular bowlers plus Hardik Pandya as their six bowling option.

If that is the case then you need to decide between Rishabh Pant and Dinesh Karthik,” said Karim on ‘Sports Over The Top’ show on Sports18.Karim added that deciding between keeping Pant or Karthik in the eleven will help in India sorting the number four spot in T20Is.

“Yes, you better need to sort it out as soon as possible. But you know what, to fix the No. 4 slot or the number four position for specific player, we need to get the combination and balance of the side correct.”

“When I say this I mean they need to pick between Dinesh Kartik or Rishabh Pant. Once you decide on either of these player, it’ll get easy to sort in Suryakumar Yadav at number four.

“Karim further picked Suryakumar, Pandya and Pant to be his ideal batters at four, five and six while KL Rahul is his choice to open the batting alongside Rohit Sharma.

Rahul has been out of competitive cricketing action since featuring in the IPL 2022 Eliminator on May 25 in Kolkata. His team, debutants Lucknow Super Giants, lost to Royal Challengers Bangalore by 14 runs at Eden Gardens.

Rahul was then named as captain for the five-match T20I series at home against South Africa in June. But a right groin injury on the eve of the first match in New Delhi ruled him out of the series.

The sports hernia surgery in Germany meant that Rahul was ruled out of England tour too.He was set to return during India’s T20I series against West Indies, but a positive Covid-19 test ahead of the tour meant he wasn’t included in trip to the Caribbean and ODIs against Zimbabwe.

But with T20 World Cup in Australia coming close, Rahul is now fully fit to be back in action for India in shortest format of the game.”KL Rahul being the vice-captain, I look at him as an opener with Rohit Sharma.

I look at Virat Kohli at number 3 and Suryakumar Yadav at number 4. But you know what, 4,5,6 has to be very flexible kind of a position because in a T20 format, you look at 4,5,6 who can finish games for you and can also double up as a power hitter when required, can also stabilise the innings.”

“Those three batters at 4,5,6, my choice would be Suryakumar Yadav, Hardik Pandya and Rishabh Pant. And you can move them around depending on the number of overs you’re left with. But KL Rahul in my opinion, should bat up the order with Rohit Sharma,” concluded Karim.