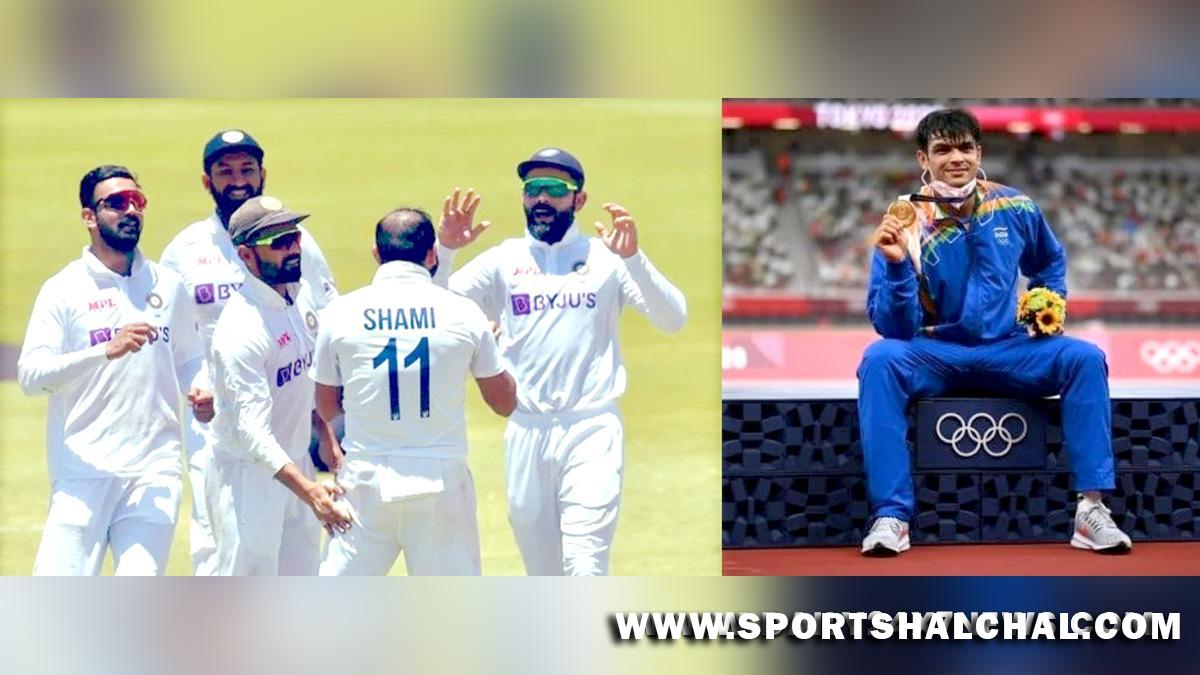 New Delhi : India fared really well in sports and it was not just cricket. IANS looks at the top sporting moments of Indian athletes in 2021.
1. Neeraj Chopra strikes gold: Star javelin thrower Neeraj Chopra became the second Indian to win an individual gold at the Olympics, outperforming the field by quite a distance to notch up the first track-and-field Games medal for the country.
2. Team India wins Gabba Test: Team India fought and won against all odds to beat a formidable Australian squad on their home ground at The Gabba.
3. Pramod Bhagat: With badminton being introduced for the first time at the Tokyo Paralympics, ace shuttler Pramod Bhagat didn’t disappoint and became the first Indian in the sport to win gold at the Paralympic/Olympics. His feat was followed by that of Krishna Nagar.
4. Sumit Antil: Following in the footsteps of Neeraj Chopra, Antil not just won gold in para-javelin but also dominated the sport with three of his throws shattering the world records.
5. Saikhom Mirabai Chanu: She overcame all odds and managed to win silver at the Tokyo Olympics in women’s 49kg category.
6. PV Sindhu: Ace shuttler Sindhu created history by becoming the first Indian woman to win back-to-back medals in two Olympics.The Rio Olympics silver medallist won bronze at the Tokyo Olympics, beating China’s He Bing Jao 21-13, 21-15 in the third-place playoff.

7. Ravi Dahiya: The Indian became the second Indian wrestler, after Sushil Kumar, to win the Olympic silver. That was after he lost the gold-medal match to a Russian.
8. Avani Lekhara: She became the first Indian woman to win two Paralympic medals by claiming the 50m Rifle 3-Positions SH1 bronze to add to an unprecedented gold she had won earlier in the Games.
9. Sukant Kadam: The ace shuttler, who missed the Paralympics by a whisker, made amends by winning gold at the Uganda Para Badminton Championship and also won his first gold at the 4th National Para Badminton Championship.
10. Punam Raut: The Indian cricketer who has cemented her No. 3 position in the Indian batting line-up, held the spirit of the game against Australia. The star batter decided to walk even after the umpire gave her not out, holding the spirit of the game.
11. Team India’s Centurion Test: At the start of the year, India breached The Gabba, they ended the year by breaching yet another fortress. India took a 1-0 lead over South Africa in the three-Test series with their first ever Test win at Centurion.

U19 Asia Cup final: Sri Lanka win the toss and elect to bat first against India