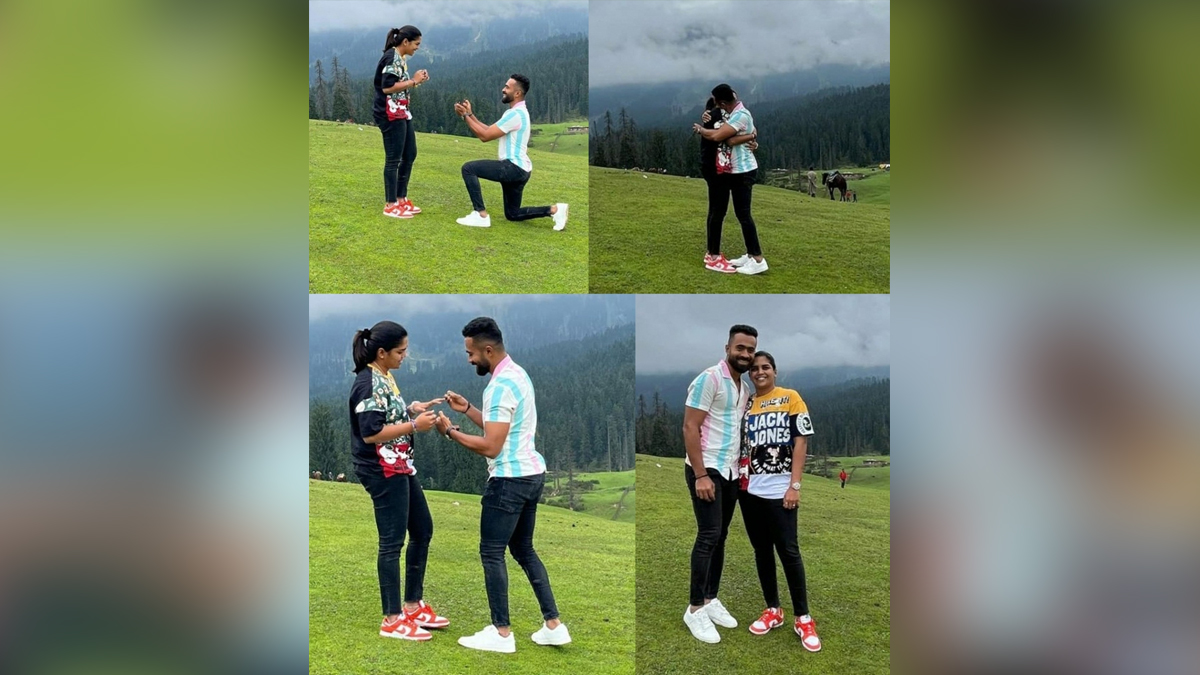 Bengaluru : Indian women’s cricket team batter Veda Krishnamurthy is set to enter a new phase of life. Her family sources confirmed that her engagement ceremony will be held in Bengaluru on September 18.Veda Krishnamurthy will get engaged to upcoming cricketer Arjun Hoysala.

Both Arjun and Veda have shared the photos of their special moments on social media and the images have gone viral.Veda Krishnamurthy has been going through a rough patch after losing her mother and sister to Covid-19.

She is presently not in the Indian team and working her ways to get back into the side.The photo of Arjun kneeling before Veda Krishnamurthy and proposing to her has gone viral. Arjun has captioned the photo “And she said ‘yes’”.

The couple has also shared photos of them at a picturesque location in Karnataka.Arjun, a left-handed batter, has played for Karnataka in Ranji Trophy. He had also played for various franchises in the Karnataka Premier League.

Veda Krishnamurthy, an all-rounder who is a member of the Karnataka women’s cricket team, has played 48 ODIs and 76 T20Is. She was part of the Indian team in the ODI World Cup in 2017 and the T20 World Cup in 2020.