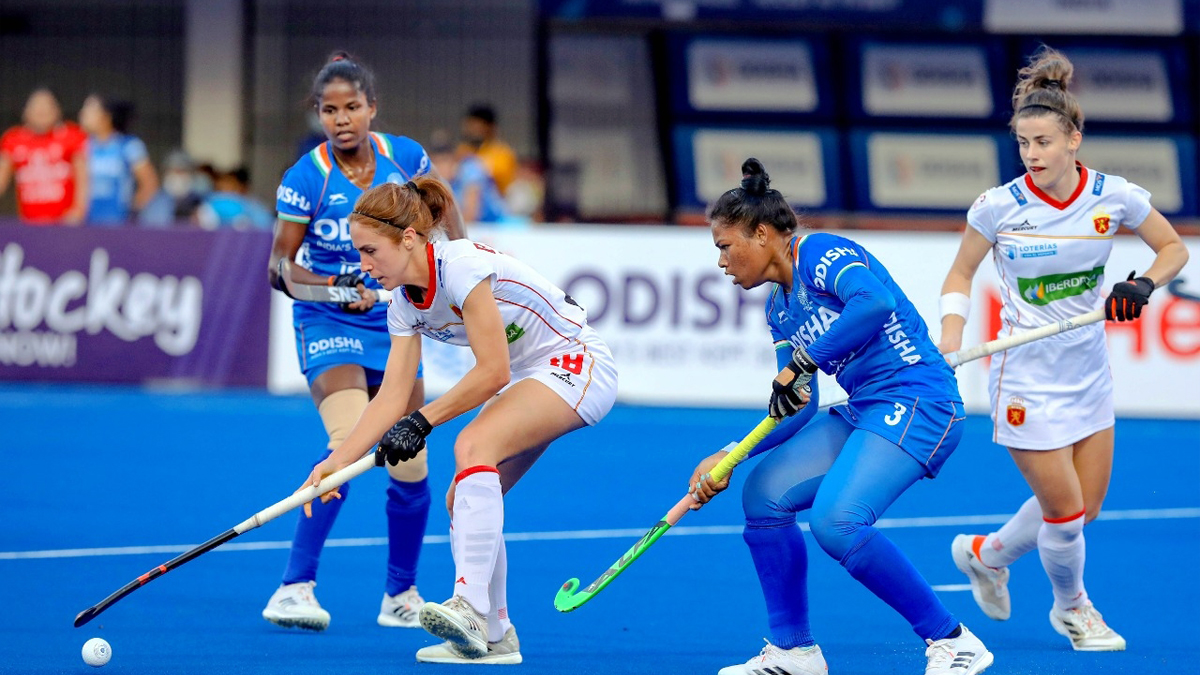 Valencia (Spain) : Indian Women’s hockey team continued their winning momentum at the FIH Women’s Nations Cup 2022 here as they beat South Africa 2-0 in their pool B encounter on Wednesday. In their previous two matches, India defeated Chile 3-1 and Japan 2-1, respectively.

With three straight wins, India is placed on top of pool B with nine points and will play the semifinal against Ireland. In pool A, hosts Spain lead the points table after two wins and a draw. India’s goals came from Deep Grace Ekka (14′) and Gurjit Kaur (59′).

Similar to their previous match heroics, the Indian Women’s Hockey Team got off to an attacking start against South Africa. In the first quarter, they kept the ball firmly in possession and frustrated the opponents with sublime passing and ball rotation.

It was Deep Grace Ekka who slapped the ball inside the South African goal to beat keeper Anelle van Deventer after youngster Salima Tete earned a PC with an excellent run near the baseline on the left side of the goal.

India continued the positive momentum in the following quarter as well as they made several entries inside the South African circle. Anelle van Deventer had to make three strong saves at the start of the second quarter to keep India away from stretching their lead in the match.

The Indian Women’s Hockey Team also earned a PC but they could not score the second goal as Gurjit Kaur hit the ball outside the post. The third quarter too began with India dominating the ball possession and looking for cracks in the South African defence. Lalremsiami soon earned a Penalty Stroke for India.

However, experienced campaigner Sushila Chanu Pukhrambam couldn’t manage to score the second goal of the match as Anelle van Deventer dived down her left to make an excellent save. Navneet Kaur also failed to put the ball inside the goal in the last minutes of the third quarter.

India won back-to-back PCs in the last few minutes and Gurjit Kaur did no mistake in putting the ball inside the net to take the team to a comfortable victory. India will next take on Ireland on December 16 in the semifinal.