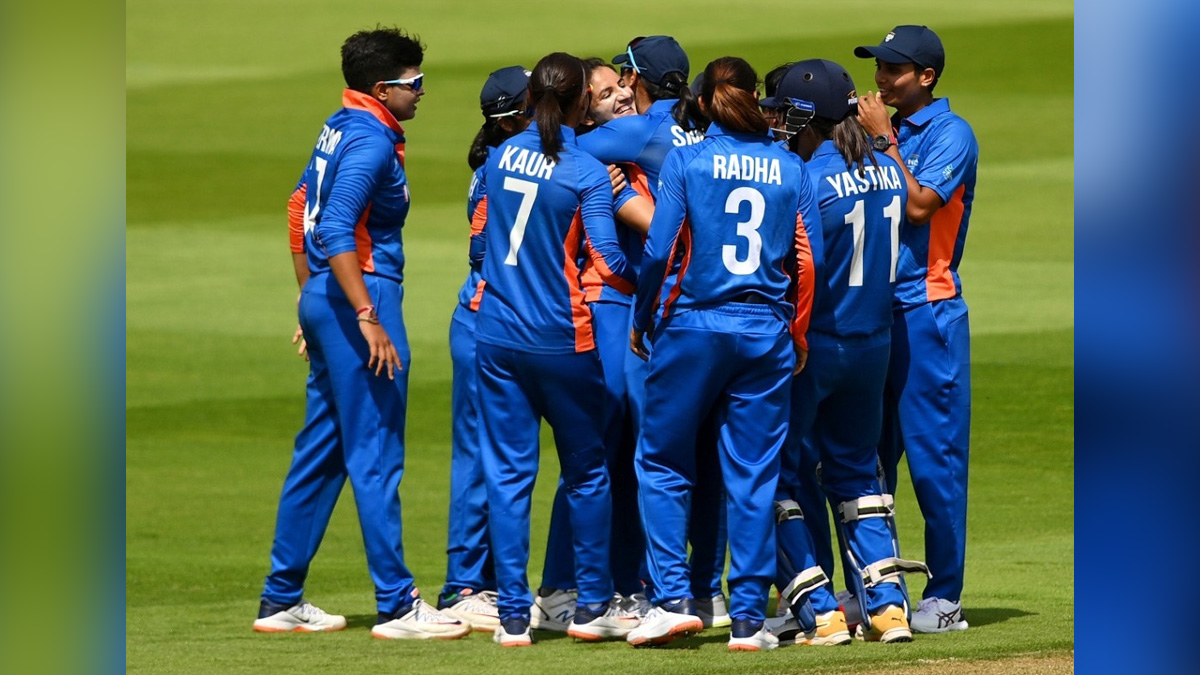 Dubai : Indian fast bowler Renuka Singh, along with five other cricketers, has been nominated for ICC Player of the Month awards for July, the world cricket governing body said on Wednesday.

The ICC Men’s Player of the Month for June, Jonny Bairstow, is nominated once more following stellar performances at the crease for England, while Sri Lanka’s Test debutant and spin maestro Prabath Jayasuriya finds himself on the shortlist for the first time.

Completing the men’s lineup for July is France’s record-breaking teenage star, Gustav McKeon.Nat Sciver is no stranger to being nominated for the ICC Women’s Player of the Month award, and her second successive appearance on the shortlist follows her outstanding performances across the ODI and T20I series against South Africa.

England’s Emma Lamb enjoyed a very successful month with the bat and ball and is named on the shortlist which is completed with the addition of dangerous India seamer Renuka.

The winner of the ICC Men’s Player of the Month award for June, Bairstow continued where he left off with blistering performances in multiple formats in July.

He reasserted his sublime form with the bat during his side’s final Test showdown with India at Edgbaston, scoring 106 and 114 to claim another historic Test victory and seal a 2-2 series draw against the odds during more final day drama.

His notable exploits with the bat during his side’s white ball series against South Africa, including a 53-ball 90 in the first T20I, strengthens his claim to win a second successive award for July.

On the other hand, Sri Lanka’s Jayasuriya made a sensational start to his Test career in July, taking an extraordinary 29 wickets across three matches at an average of 20.37 against formidable opposition.

Coming into the side following a humbling 10-wicket loss to Australia, Jayasuriya ripped through the touring line-up in the second Test, claiming six for 118 and six for 59 to secure an emphatic innings victory.

This proved to be just the beginning of his prolific month, subsequently taking nine wickets and eight wickets in the following two Tests against Pakistan to build a strong case to be crowned the ICC Men’s Player of the Month for July.

Very few cricketers will enjoy as thrilling a start to their international careers as France’s teenage star McKeon. The 18-year-old set records tumbling during the ICC Men’s T20 World Cup 2024 Sub Regional Europe B Qualifier in Finland, as he became the first player ever to register four successive half-centuries in his first four T20Is, converting two of those scores into centuries against Switzerland (109) and Norway (101).

McKeon shone for France throughout, amassing 377 runs in five T20I matches at an average of 75.40 and with a hugely impressive strike rate of 164.62.Meanwhile, in the women’s category, India’s Renuka Singh celebrates her first nomination for the ICC Player of the Month award thanks to a prolific month with the ball.

Joint leading wicket-taker in her side’s ODI series in Sri Lanka with seven wickets at an excellent average of 12.85, she enjoyed a dazzling start to India’s pursuit for Commonwealth Games gold in Birmingham.

Her standout individual display during the month was arguably the way she dismantled Australia’s top order in their opening match, claiming four wickets for 18 runs, only for her side to be thwarted in dramatic fashion by Australia’s lower order.

On the other hand, leading the line for England at the top of the order, Lamb was instrumental in guiding her side to a 3-0 ODI series whitewash over South Africa in July.

Registering a superb score of 102 in the first showdown at Northampton, Lamb followed up with two further half-centuries to finish the series as the leading run scorer.

The England all-rounder also displayed her bowling credentials, taking the key wickets of opposition skipper Sune Luus and the ever-dangerous Marizanne Kapp in the third ODI at Leicester.Nominated for the second successive month, and the third time in four months, Sciver continues to be a driving force for England.

Her significant contributions with both bat and ball enabled her side to record 3-0 series wins against South Africa in both the ODI and T20I series in July.

Among her string of excellent performances was a haul of four for 59 in the first ODI that limited the tourists to a below-par score, before a powerful 55 from 36 balls laid the foundation for a momentum-building victory that set the tone for her side’s successful month.

Notably, the three nominees for both men’s and women’s category are shortlisted based on performances from the first to the last day of each calendar month.

The shortlist is then voted on by the independent ICC Voting Academy and fans around the world.The winners are announced every second Monday of the month on ICC’s digital channels.