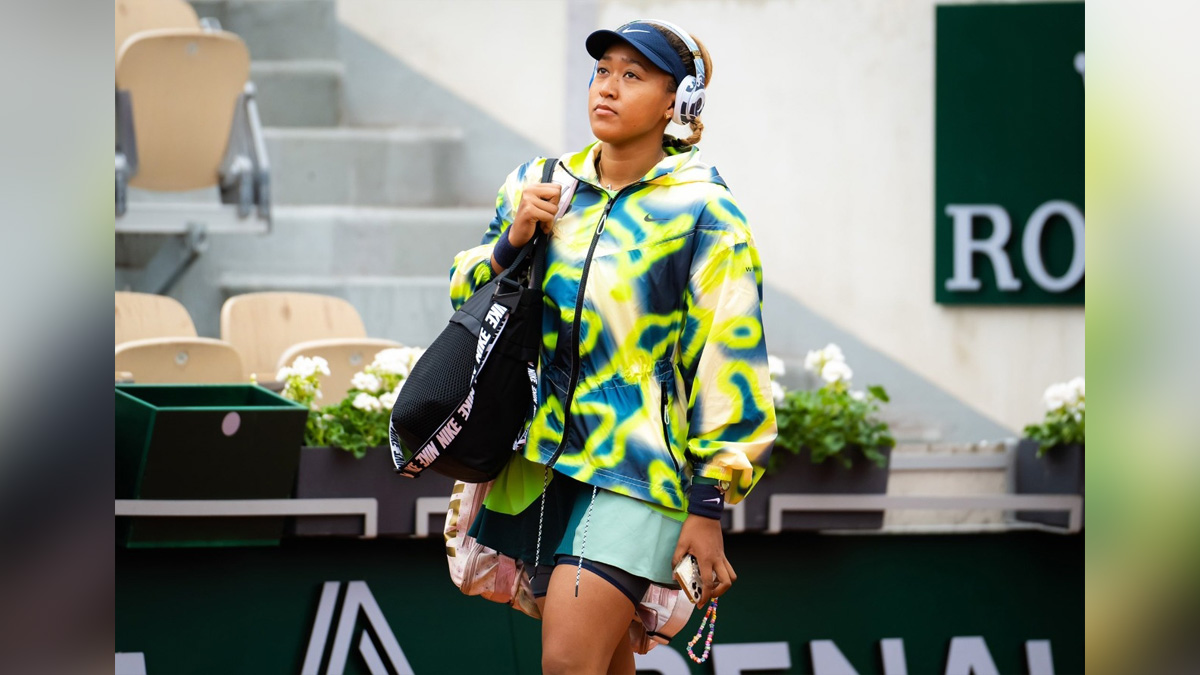 Toronto : Former world No. 1 Naomi Osaka retired from her opening match at the Canadian Open in Toronto due to injury, sending veteran Kaia Kanepi through to the second round.

Osaka pulled out of the match trailing 7-6 (7-4), 3-0 due to a back injury.”I felt my back from the start of the match, and despite trying my best to push through it I just wasn’t able to today,” Osaka said afterwards, reports DPA.

“I’d like to pay credit to Kaia for playing well and want to wish her all the best for the rest of the tournament.”Estonian Kanepi, who continued a good run after reaching the final of the Citi Open in Washington last week, will next face eighth seed Garbine Muguruza.

In the last match of the day, third seed Maria Sakkari came out of a two-hour battle with Sloane Stephens on top as she defeated the American 6-2, 4-6, 6-2.In other action, 2019 champion Bianca Andreescu knocked out in-form Daria Kasatkina, who last week won the Silicon Valley Classic, 7-6 (7-5), 6-4, to reach the second round.

Earlier, defending champion Camila Giorgi defeated 2021 US champion Emma Raducanu 7-6 (7-0), 6-2.Olympic champion Belinda Bencic defeated Czech Tereza Martincova 6-5, 6-1 and on Wednesday will face Serena Williams in the second round, who is likely playing her last Canadian Open as she announced she will retire from tennis after the US Open.

Defending US Open champion Raducanu had lost in the Citi Open quarterfinals to Liudmila Samsonova in Washington last week and preparations for her US Open title defence later this month were dealt another blow in the city of her birth.

The British teenager squandered chances to seize the initiative in either set and let slip a 2-0 lead in the second before bowing out in one hour and 49 minutes. Both players lost serve three times in a hard-fought opening set before Raducanu dug deep to fend off set point in the 12th game to force a tie-break.

But the 19-year-old Briton lost her way and failed to win a single point as Giorgi forced four mini-breaks to seize control and take the first set after an hour and 11 minutes.

Great for India that KL Rahul is back; he’s a genuine match winner on the biggest stage : Scott Styris