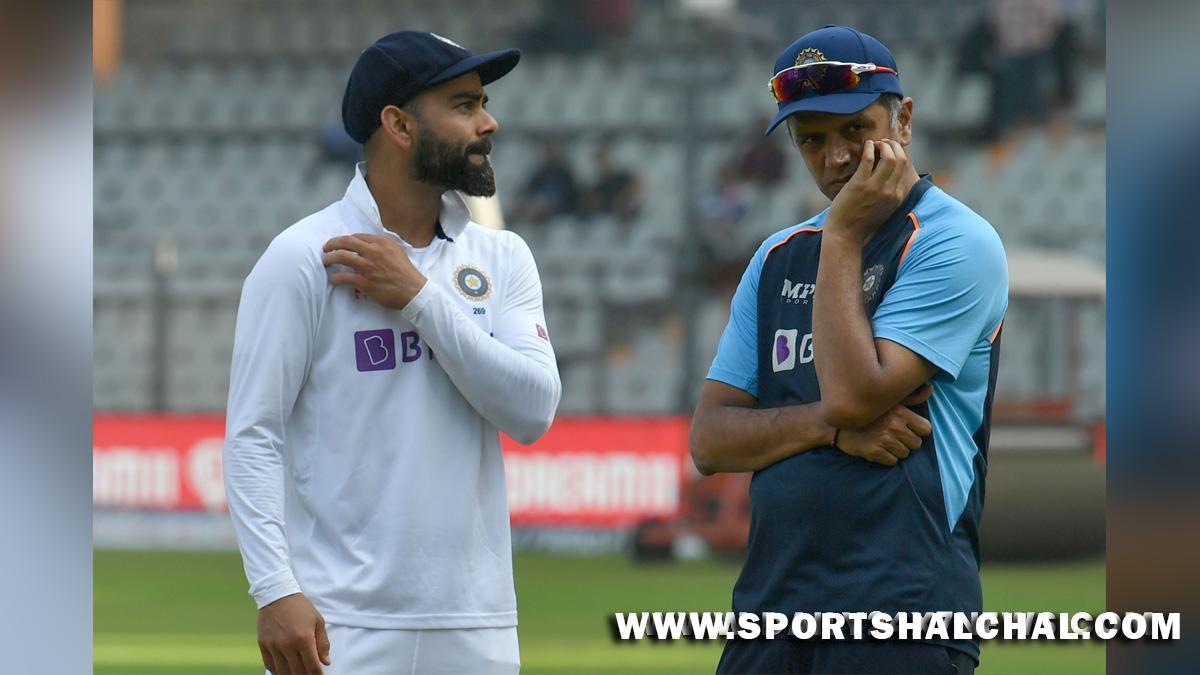 Johannesburg : India’s Test captain Virat Kohli, who missed the second Test in Johannesburg due to an upper back spasm, took some time out to train with the team ahead of the third day’s play on Wednesday.In a positive sign for the Indian cricket team, Kohli was seen receiving throwdowns from head coach Rahul Dravid during the warm-up.The Indian captain entered the ground, did some stretching before taking a stance and received throwdowns from Dravid with soft hands.Kohli looked his usual self as he faced a few deliveries from the Indian bowlers and spent some time discussing the game with Shardul Thakur.

On Monday, BCCI had cleared the air about his fitness,saying, “Virat Kohli had a spasm on his upper back and he won’t feature in the second Test against South Africa at The Wanderers. The BCCI medical team will be monitoring him during the course of this Test match.”The Johannesburg Test was supposed to be Kohli’s 99th in the format, making the Cape Town match his 100th. According to India’s schedule, if all goes well, then Kohli might play his 100th Test at the Chinnaswamy Stadium in Bengaluru, where the first Test against Sri Lanka is scheduled from February 25.