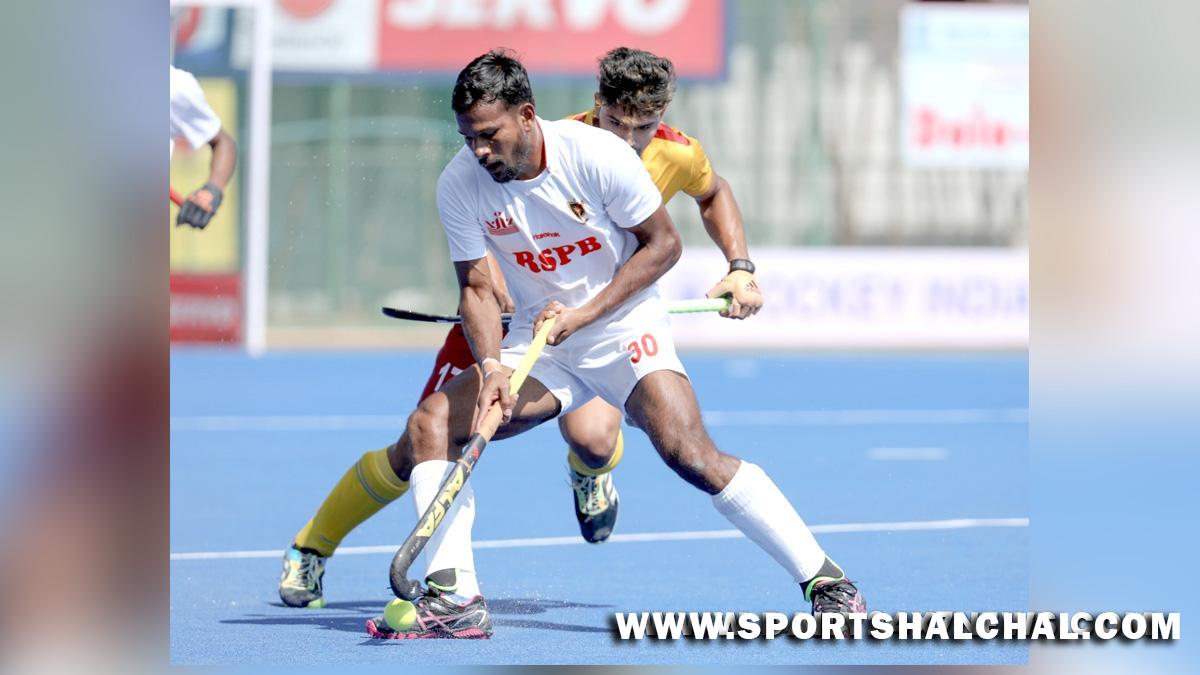 Bengaluru : Petroleum Sports Promotion Board (PSPB) thrashed Sports Authority of India 9-2 to set up a summit clash with Railways Sports Promotion Board in 1st Hockey India Senior Men Inter-Department National Championship here on Monday. Railways prevailed over Punjab National Bank 4-3 in the second semi-final.Arman Qureshi and Talwinder Singh scored a brace of goals each as PSPB outplayed the Sports Authority of India (SAI) in the second semi-final.Sunil Yadav opened the scoring for PSPB in the 7th minute, and Talwinder Singh doubled the lead in the 10th minute. Chetan Mallappa Karisiri managed to get a goal back for SAI in the 16th minute, but Abharan Sudev B scored the third goal for PSPB, and seasoned Affan Yousuf added the fourth goal in the 22nd minute to give PSPB a 4-1 lead by the end of the first half.Forward Armaan Qureshi scored back-to-back goals in the 32nd and 38th minutes, while Rosan Minz scored PSPB’s 7th goal in the 41st minute. Tyron Pereira scored in the 42nd minute to make it 8-1 in the one-sided encounter.SAI defended well in the final quarter, but Talwinder Singh added the 9th goal in the 58th minute to complete the tally for PSPB.

Chetan Mallappa Karisiri managed to get another goal back in the 59th minute for SAI as PSPB won the match 9-2 to reach the final.Earlier in the first semi-final, Punjab National Bank (PNB) faced off Railway Sports Promotion Board (RSPB) in a classic thriller. The two teams started brilliantly in the defence but Abhishek managed to get the first goal in the 19th minute of the match. However, PNB’s lead lasted only a minute as Pardeep Singh scored the equaliser in the 20th minute.Seasoned Amit Rohidas then put Railways ahead, scoring his team’s second goal in the 32nd minute. Hira Singh further extended the lead, scoring the third goal in the 35th minute. Abhishek scored the 2nd goal for PNB in the 40th minute to close the gap, but Ajmer Singh scored the 4th goal in the 50th minute for Railways, Gursimran Singh closed the gap again, scoring the third goal in the 54th minute but Railways managed to hold the fort in the final few minutes and won the match 4-3 to reach the final.