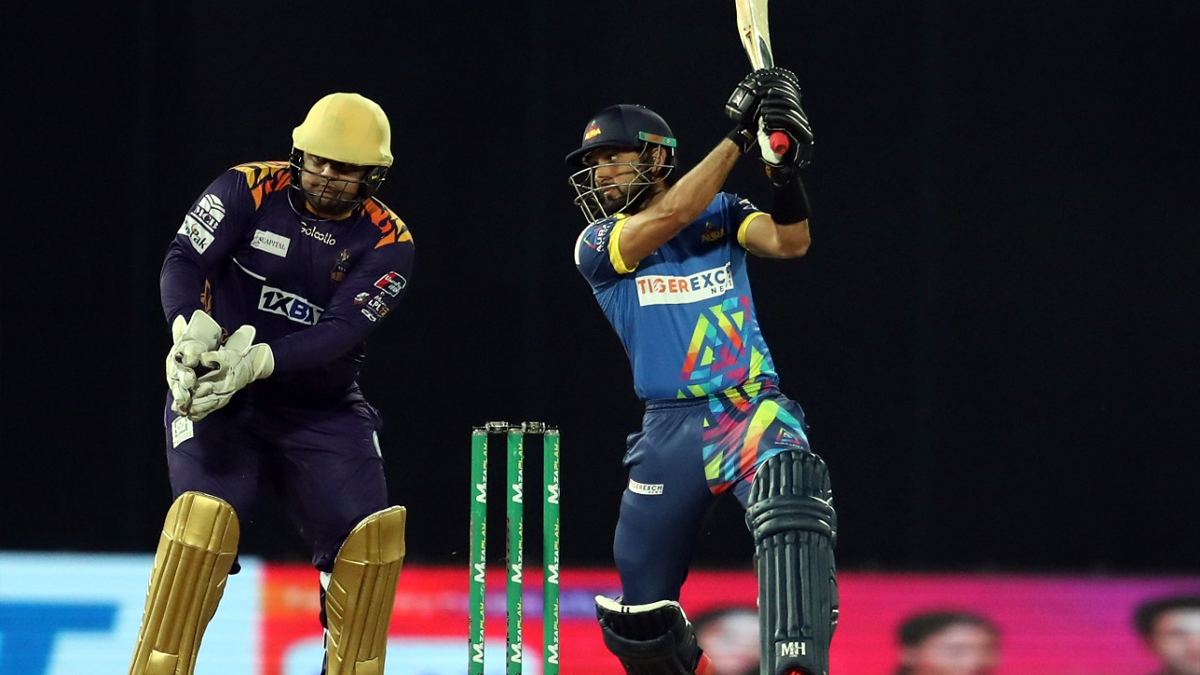 Colombo : Matthew Forde was at his imperious best as Dambulla Aura registered their second victory in the Lanka Premier League (LPL) 2022. They defeated Galle Gladiators by 4 wickets after Kusal Mendis’ side scored 129/8 in 20 overs.

Batting second, Dambulla Aura chased down the target with 5.4 overs to spare. Dambulla Aura went off to a bad start as they lost Shevon Daniel (2) and Lasith Croospulle (4) for just 11 runs.

Sikandar Raza also contributed to the Aura’s victory with 17 runs. Nuwan Thushara and Imad Wasim took two wickets each for Galle Gladiators. Earlier, after winning the toss, Galle Gladiators failed to get a good start as they lost four wickets on just 32 runs.

Nuwanidu Fernando, then, stood firm on the crease and scored 63 not out off 42 balls to take his team to 129 runs in 20 overs. He hit three boundaries and five sixes in his inning. Kusal Mendis and Azam Khan also contributed to Galle’s total with scores of 17 and 15, respectively.

For Dambulla Aura, Forde was the pick of the bowlers as he took four wickets. Lahiru Madushanka, Noor Ahmad, Dilum Sudeera and Sikandar Raza got a wicket each.

Ashleigh Gardner shares her experiences of playing in front of big crowds in India, excited for Women’s U19 T20 WC in South Africa