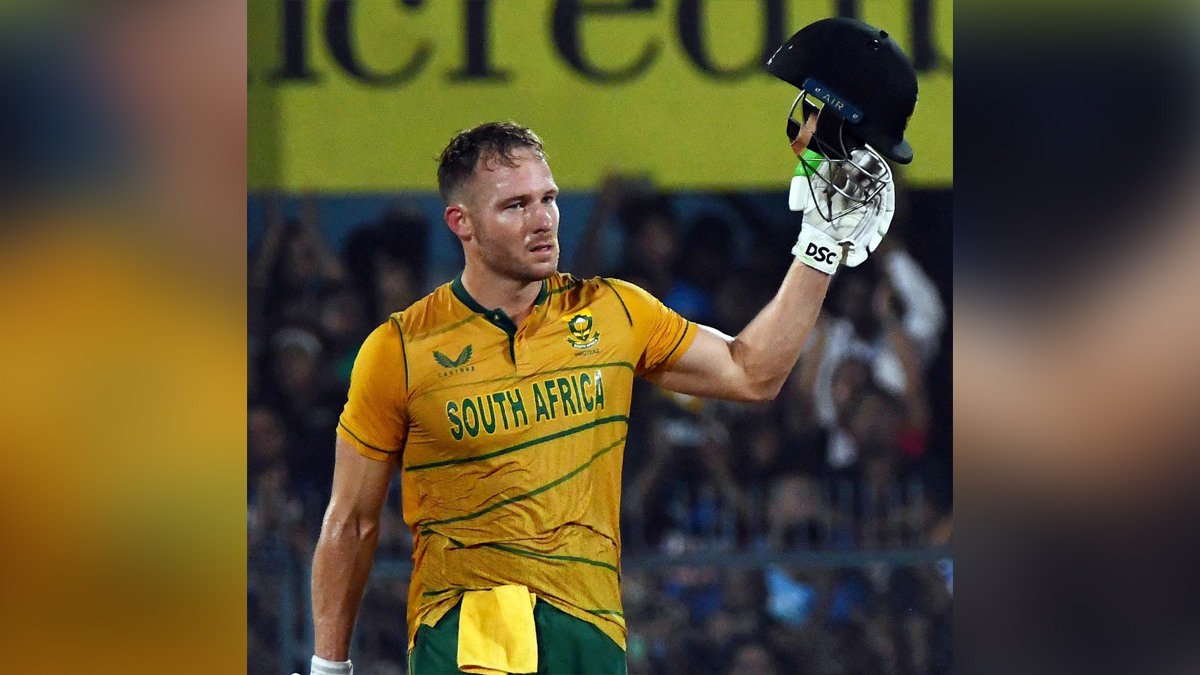 Mumbai : The modern-day cricketer is a lean, mean machines and not only have to play in international matches but franchise cricket across formats to keep themselves in physical shape for the rigours of the game, day in and day out.

With physical exercises, a well-balanced diet is absolutely necessary for a player to maintain perfect fitness. And many times players follow special diet plans, designed considering their nutritional requirements for playing the sport.

South African all-rounder David Miller, who will be playing for Gujarat Titan in the upcoming Indian Premier League 2023, has revealed the special diet plan he is following in the build-up for the mega event.

With Gujarat Titans aiming to defend their title, they will be looking up to miracle man Killer Miller to continue with his form. With such pressure and dependability of the team on his shoulders, Miller has started putting himself under intense practice to make his form better, aggressive and dominating for the event.

Miller has now unveiled his diet to make sure whatever efforts he is putting in will definitely give better outcomes. As an athlete, hydration is the most important aspect of his diet.

“Evocus black alkaline water is my everyday companion. I drink 2-3 litres of water. It naturally detoxifies the body and& balances my body ph”, said Miller.

“I am very conscious of what I eat in portion sizes throughout the day,” said Miller. He further added that he enjoys yoghurt, eggs, bacon and toast during his breakfast.

Lunch varies between a variety of foods and the nutrition requirements of the day. But dinner is one of his favourite meals of the day which is his native South African food.

Miller said, “I make sure to take a portion of protein-rich food for dinner including lots of steak, chicken & steamed vegetables, which are my favourite”.

David says that to be the best in his game and the secret has been his impressive balance in life which can be adopted by anyone easily.

SA20 : I idolise Rohit Sharma, Suryakumar Yadav and learnt a lot from them : Dewald Brevis