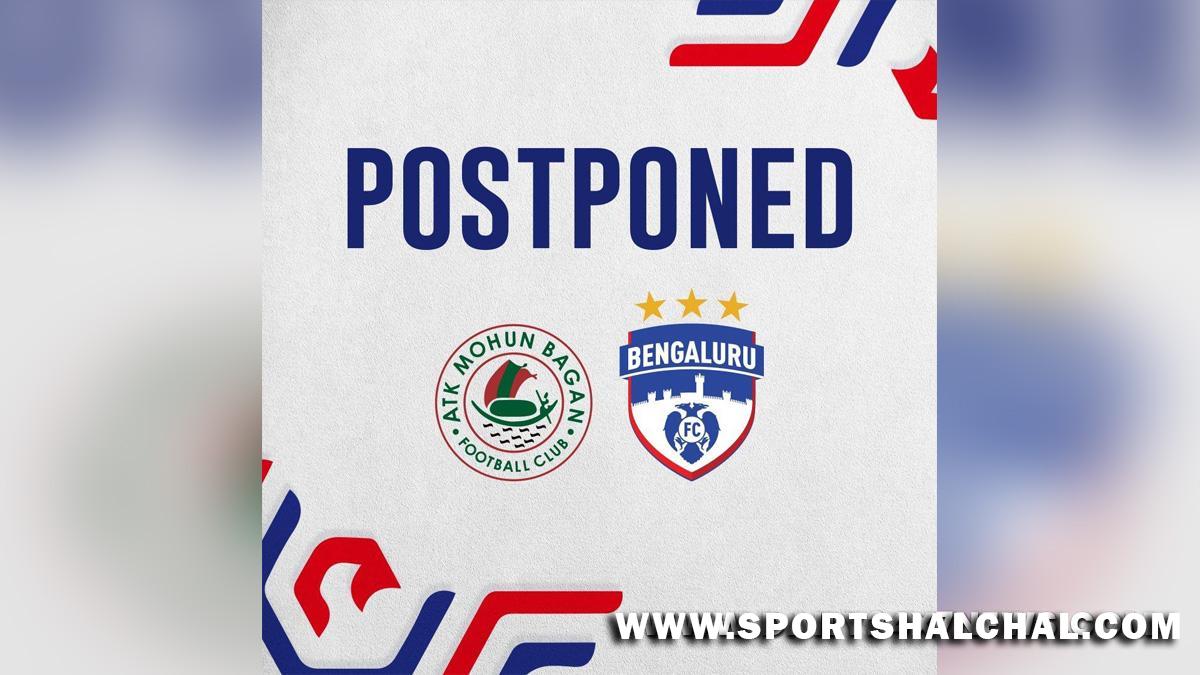 Fatorda (Goa): ATK Mohun Bagan’s match against Bengaluru FC in the ongoing Indian Super League (ISL) was postponed, hours before the start here on Saturday due to COVID-19 cases in the Kolkata-based franchise’s bio-bubble.This was ATKMB’s second successive match to be postponed. Earlier, their match against Odisha FC was postponed after an unnamed player reported positive for COVID-19.”Hero Indian Super League (ISL) announces the postponement of the match between ATK Mohun Bagan and Bengaluru FC scheduled to be played on Saturday at PJN Stadium, Fatorda,” the ISL said in a statement.”Each match is assessed on a number of factors including the ability of the clubs to field a team; the severity of COVID-19 breakout at the club(s); and the ability of the club personnel to safely prepare for and play the match.

The health and safety of all personnel in various bubbles remains our priority, and the League & clubs will continue to monitor the situation and act accordingly,” it added.As many as four ATKMB players in the bio-secure bubble here are reported to be positive as the Juan Ferrando-coached side were locked in their rooms for one week without a single training session.According to reports, at least four players from the ATKMB camp have been tested positive. Players have remained in isolation for the last six days and missed their training sessions.ATKMB are at the fifth position in the points table with 15 points in nine matches. The ISL 2021/22 is being held behind closed doors, across three stadiums in Goa owing to the pandemic.