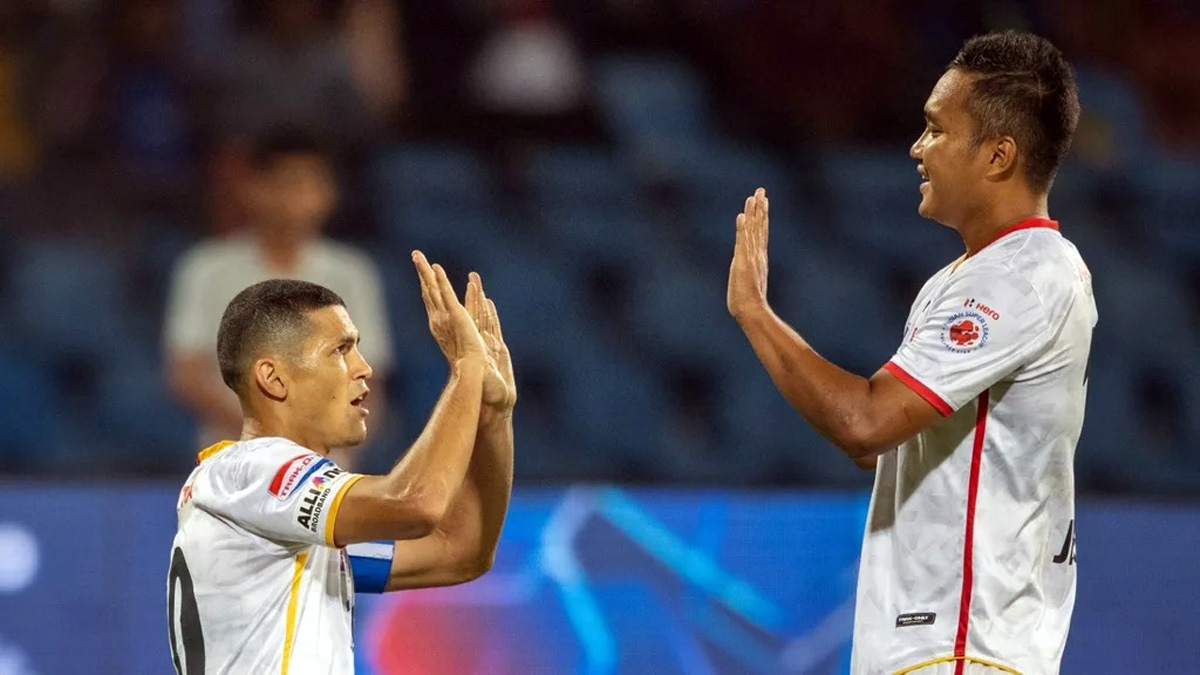 Bengaluru : Cleiton Silva left his former fanbase in silence, scoring the only goal of the game as East Bengal FC handed Bengaluru FC their third successive defeat of the season in the Indian Super League (ISL) at the Sree Kanteerava Stadium here on Friday.

The Blues failed to score in their third consecutive game as the Torch Bearers secured their first clean sheet of the season.The Blues saw quite a few players recover from injuries during the extended break as Simon Grayson made three changes.

Suresh Wangjam, Udanta Singh, and Javier Hernandez started together for the first time this season.The Torch Bearers made just one change with Ankit Mukherjee replacing the suspended Sarthak Golui.No goals were scored in the opening 45 minutes as the hosts finished the half without a single shot on target.

In the first minute, Bruno Silva fired an effort from a distance that flashed just wide of the goal. Ten minutes later, Charis Kyriakou tried his luck from range, but his strike was collected comfortably by Gurpreet Singh Sandhu.

Two minutes past the hour-mark, Roy Krishna was put clean through on goal with a sublime pass from Hernandez. The Fijian entered the box but scuffed what would be Bengaluru FC’s only substantial chance.

In the 69th minute, the deadlock was finally broken. Running towards his own goal on the left as the last man, Wangjam came under pressure from Mahesh and miskicked his backpass towards the goalkeeper.

Mahesh pounded on the loose ball and was one-on-one with the keeper when he squared it for Silva, who calmly tapped the ball in against his former club.A minute away from 90, Chhetri flicked the ball towards Krishna who managed to get past the keeper but could not avoid Ivan Gonzalez’s brilliant last-ditch tackle that took the ball away from him.

Six minutes were added on but the Blues could not breac’ the visitors’ defense.The season’s second win for East Bengal FC saw them leapfrog Bengaluru FC in the ISL table and move into eighth place. The Blues are now ninth in the table, level on four points with Jamshedpur FC.

For their next game, the Torch Bearers will return to the Salt Lake Stadium to face Odisha FC on November 18. The Blues will travel to the west coast to face Mumbai City FC next on November 17.