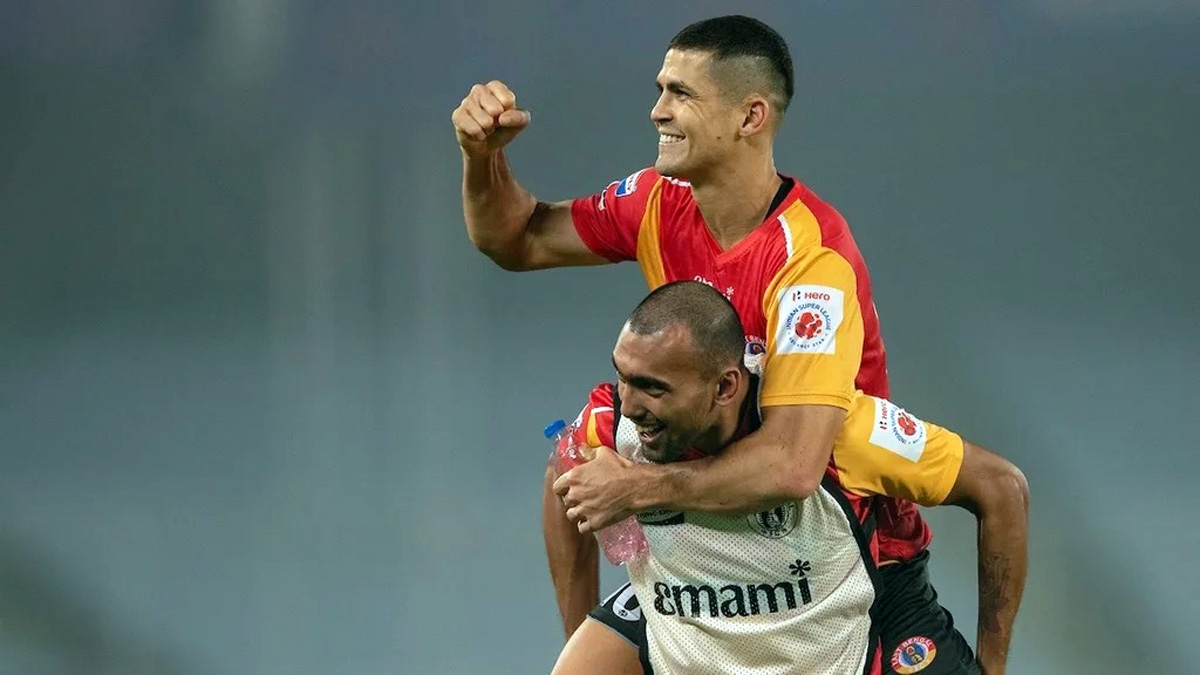 Kolkata : East Bengal FC completed the double against Bengaluru FC, with Cleiton Silva once again foiling his previous club’s chances with a 90th-minute winner and guiding his team to 2-1 win in an Indian Super League (ISL) 2022-23 match at the Vivekananda Yuba Bharati Krirangan, here on Friday.

East Bengal FC took the lead thanks to a Silva penalty in the 39th minute. The goal came against the run of play thanks to some good work from Suhair VP on the right flank. Suhair’s mazy run forced Naorem Mahesh Singh into a mistimed sliding tackle, and the ball rolled onto his arms.

The referee pointed to the spot. Silva took a stuttering run-up but calmly slotted his penalty home, putting East Bengal FC 1-0 up against his former club for the second time this season.

Bengaluru FC looked threatening from set-pieces in the first half, with headed chances falling to Sunil Chhetri, Parag Shrivas, and Pablo Perez. Roy Krishna was also a threat in open play but couldn’t find the finishing touch, as the first half ended with East Bengal FC taking a 1-0 lead.

But Bengaluru FC’s persistence was rewarded in the 55th minute. Once again, Roy Krishna was in the thick of things. He went on a run on the right flank before cutting it back to Javi Herandez, who smashed the ball into the net.

Alex Lima and Noarem Mahesh Singh looked like they could open things up whenever they got on the ball in the first half but weren’t able to affect the game as often in the second. But both sides had chances to take the lead.

Chhetri was through on goal in the 73rd minute but couldn’t sort his feet out, whereas Silva got his feet sorted in the 83rd minute but had his shot go wide. Both sides pushed for a winner.

Bengaluru FC substitute Siva Narayan came ever so close in the 90th minute, but Suvan Sen was there to deny him. He was left to regret it as Silva scored an outstanding free-kick three minutes into stoppage time to give East Bengal FC all three points and move above them into 8th place.

East Bengal FC will kick off the new year with a visit to the Kalinga Stadium in Bhubaneswar against Odisha FC on January 7. Bengaluru FC have now dropped down to 9th place and will visit the Indira Gandhi National Stadium in Guwahati to play NorthEast FC on January 6.