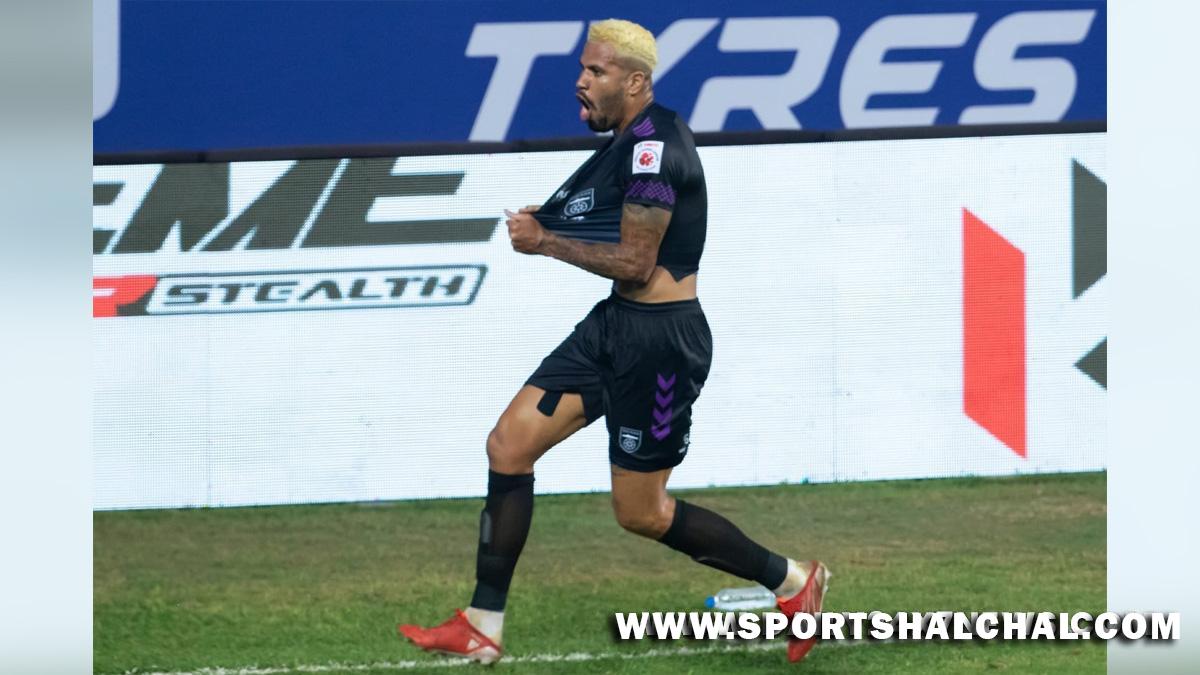 Vasco (Goa) : Odisha FC jumped to second place in the points table after defeating NorthEast United 1-0 in the 2021-22 Hero Indian Super League (ISL) at the Tilak Maidan Stadium on Friday. For Odhisa FC, Jonathas Cristian scored a second-half goal, while NorthEast United tried hard but failed to level the score.Odisha now have nine points from four matches, three behind league leaders Mumbai City FC who have 12 points from five games. NorthEast, meanwhile, dropped to ninth with four points from five games.NorthEast United started on the front foot with Deshorn Brown dribbling past two defenders early on and firing wide from an acute angle.It was all about the Highlanders in the opening exchanges barring an Aridai Suarez curler that skimmed the crossbar and went out.

Brown was at it again as he tried to dance past a few Odisha defenders after goalkeeper Mirshad Michu found him with a long ball, only for the home side to avert the danger.Five minutes to halftime, the brilliant Brown left Odisha defenders in his wake with a buccaneering run into the box but his effort was off target as he took one touch too many. In the second period, Odisha scuffed a golden opportunity to draw first blood when Javier Hernandez headed wide of the target after being fed by a lovely through ball from Aridai.Frenchman Mathias Coureur then failed to make the most of a free header, nodding wide from close range. The deadlock was finally broken in the 81st minute when two substitutes Thoiba Singh and Jonathas combined for a well-drilled goal.Thoiba, who came in place of Isaac Chhakchhuak in the 62nd minute, did well to cross for Jonathas whose drop header left a diving Mirshad with no chance. Liridon Krasniqi had made way for Jonathas in the 62nd minute.In the dying exchanges, NorthEast tried hard to draw level but Odisha kept them at bay and ensured they keep their good run going.