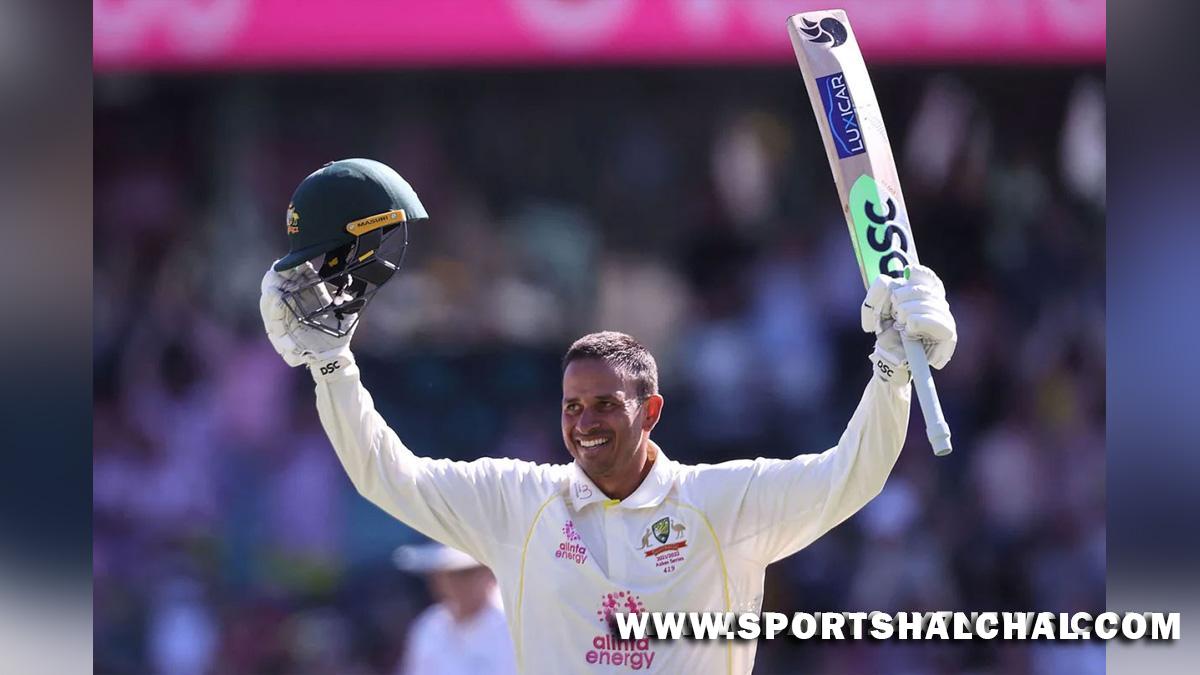 Sydney : Australia batter Usman Khawaja said the happenings during the fourth Test at the Sydney Cricket Ground (SCG) is something he will never forget in his life. In the drawn Test, Khawaja made a smashing comeback in the longest format of the game, notching up 137 and 101 not out in both innings and was adjudged ‘Player of the Match’ for his twin tons.”I haven’t had a feeling like that in cricket in my entire life. It was just unexpected. I guess through everything that happened with Covid, Heady (Travis Head) going down, me getting an opportunity. I had kind of clocked off a little bit because I’m thinking, ‘I’m not going to get an opportunity here. You don’t really change the winning team and the guys are going great, which is awesome to see’,” Khawaja was quoted as saying by ‘The Sydney Morning Herald’.”And I was fine with that. I was having a lot of fun just being around the guys and Rach (wife Rachel) and (daughter) Aisha were with me, they were enjoying it, too. That Test match was kind of just like a bonus at that time the way things worked out. I don’t know if it’s a fairytale, but it’s as close as it gets, having family around there and everything,” added Khawaja, who is now in the reckoning to be on the tour of Pakistan in March.

Khawaja is still coming to terms with his Cinderella comeback in Test cricket at his home ground. “It’s just one of those things I’ll never forget. And I probably haven’t had a feeling like that in cricket in my whole life. To have things work out like that, on that specific occasion, and how everything led up to that, it’s quite bizarre. I couldn’t have written it, to be honest; I couldn’t have written that script myself.”Khawaja, who grew up in Sydney but now captains Queensland in domestic cricket, was floored by the response from the crowd at the SCG when he got his centuries in both innings. “The crowd chanting my name as I’m coming off the field both times (after centuries) was something I’d never thought I’d ever experience. It was unbelievable. And it was loud, especially after that first one – there was a pretty big crowd. It was actually a really surreal and cool moment.”Khawaj’s incredible comeback story along with pacer Scott Boland’s rise to Test stardom have been remarkable stories in Australia winning the Ashes 4-0. “I was calling Scotty a cult hero and I was the people’s champ. I told him we make a formidable team. I said, ‘We weren’t supposed to be here, Scotty, but here we are.’”