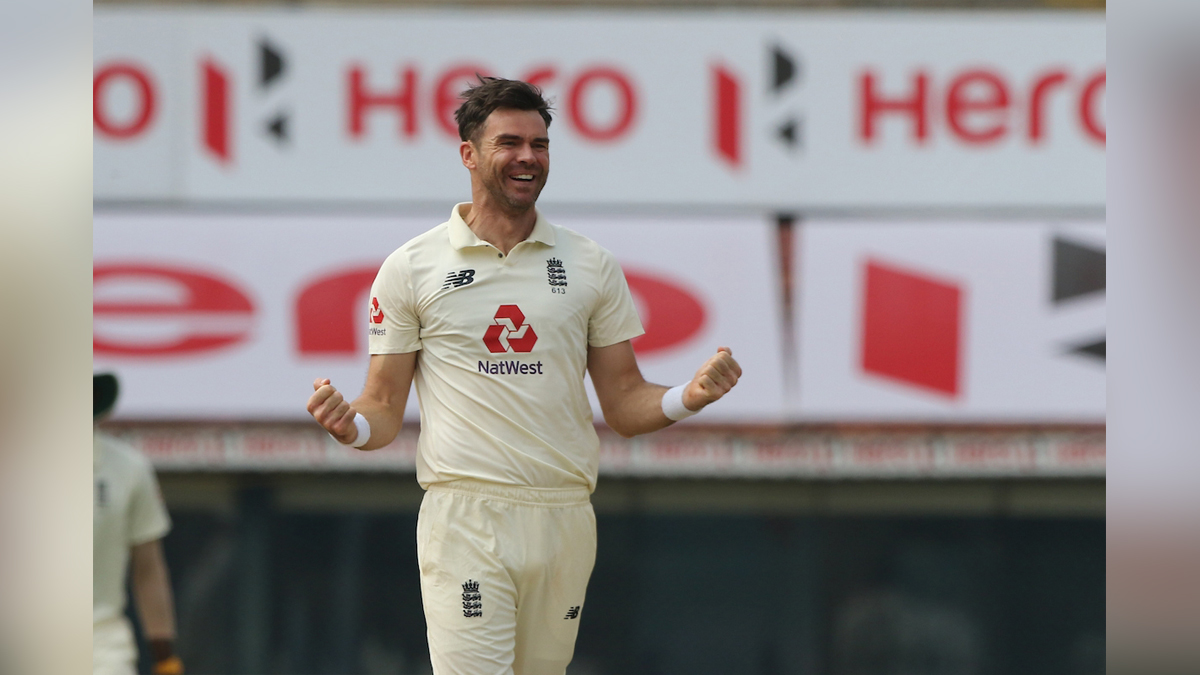 London : Former England skipper Nasser Hussain wants the England and Wales Cricket Board (ECB) to keep James Anderson in their scheme of things when the side travels to Pakistan for a three-Test series early December.

Anderson, the most successful pace bowler in the world with 667 wickets, has played a huge role in England’s series victory against New Zealand, the rescheduled fifth Test against India and the three-Test series against South Africa, which the hosts are poised to win at The Oval on Monday.

Anderson, 40, along with pace compatriot Stuart Broad, was dropped from England’s touring side to the West Indies earlier this year, following a forgettable Ashes tour for Joe Root’s side.

Anderson’s career looked shaky but following a change of guard in the ECB, and with new coach Brendon McCullum and skipper Ben Stokes at the helm, the pace-bowling stalwart was back in the side and doing wonders.

Hussain wants Anderson to spearhead England’s pace attack in the sub-continent.”There is no reason why the pair (Anderson and Broad) can’t go on and on from here. I don’t think Broad will go to Pakistan for three Tests this winter because of the arrival of his first child but I would take Anderson,” opined Hussain in his column for Daily Mail.

“The pitches there can be turgid but Jimmy (Anderson) has done very well against Pakistan on similar surfaces in the UAE, taking 22 wickets in six Tests at 20 apiece, and has skills to succeed in any conditions.

We have to enjoy Broad and Anderson for as long as we can. I have always said we are too quick to get rid of our great cricketers and these are our two greatest bowlers. Let’s hang on to them and let the future look after itself,” added Hussain.

On Sunday, Broad surpassed Australian great Glenn McGrath as the pacer with the second-most wickets in Test cricket history. The 36-year-old Broad surpassed McGrath’s 563 wickets in the longest version of the game on Day Four of the third Test against South Africa, when he dismissed Proteas skipper Dean Elgar, trapping him lbw for 36 at The Oval.

The wicket was Broad’s 564th in Test cricket, surpassing McGrath to become the second-highest wicket-taker amongst pacers in Test cricket history. He now trails his partner Anderson in the wickets column for pacers, who has 666 wickets to his name.

Thanks to Broad (3/45) and Anderson’s 2/37 on Day 4, England are just 33 runs away from clinching the fiercely-contested three-Test series against South Africa when play resumes at The Oval later on Monday.

Hussain said it was good to see the ECB discarding its much-criticised policy of player rotation in the wake of a series of Test debacles in 2021 and early this year. This means all top England players are available for selection at any given time now, subject to fitness.

“Thankfully rotation is a thing of the past. England are picking their best team for the Test in front of them, as they always should have, and Broad has played in each of the seven Tests this summer,” he added.

Last over of our batting innings changed the momentum : Bhanuka Rajapaksa