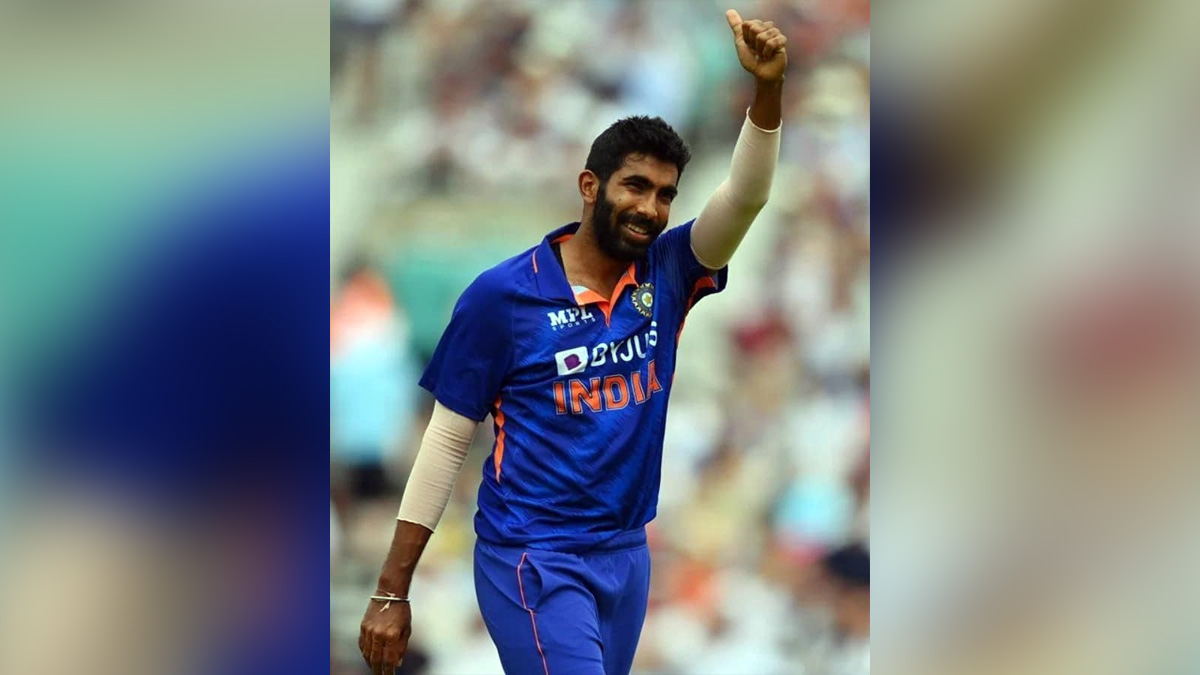 Dubai : Former India bowling coach Bharat Arun feels that Jasprit Bumrah, who is currently recovering from his injury, doesn’t need to change his action, saying that injuries are part and parcel of the game and the premier pacer will certainly make a comeback to the side.

Before the 2022 T20 World Cup, Bumrah had suffered a back injury, which forced him to miss the mega event in Australia. After months of recovery, the pacer had cleared a match simulation test at the NCA in Bengaluru and was on his way back into the side after being named in the ODI squad for the Sri Lanka series.

However, he experienced discomfort while building up to higher workloads and was withdrawn from India’s ODI squad against Sri Lanka, also getting ruled out from the first two Tests against Australia.

Notably, medical experts and even the cricketers like Shoaib Akhtar and Michael Holding in the past have called for a change in Bumrah’s bowling action in order to remain injury free and prolong his international career.

However, the former India bowling coach doesn’t think so. “Bumrah is the number one bowler and has been very successful with his action, so why should he ever change that?

Tell me about the one fast bowler who hasn’t got injured, injuries are part and parcel of the game,” Bharat Arun, who is part of the Abu Dhabi Knight Riders coaching set-up at ILT20, told IANS in an interview.

“Bumrah has done enough for Indian cricket and being injured is also part of his career and I am sure he will come out of it,” he added. The 24-year-old pacer Shivam Mavi, who recently made his India debut in T20Is against Sri Lanka, was also part of the KKR franchise till IPL 2022 and Arun who has worked with him, sees a bright future for the young pacer.

“Mavi has good potential, and is very talented and I think it’s just about holding his nerve. He’s got all the qualities to be a good international bowler. It’s how he absorbs the pressure and how he comes out of it that will determine his success in the future,” he said.

The experienced coach is also very pleased and optimistic about the Indian fast bowling pool for the future. “There are a lot of good fast bowlers. The IPL has also thrown many names like Mohsin Khan from LSG, Mukesh Choudry from CSK was also exciting. Also, Arshdeep has done a great job and Umran Malik is there.

So I think the fast bowling pool is looking pretty healthy for India and it’s great to have this kind of talent for the future,” Arun said. Talking about the difference between coaching an international team and a league franchise, the 60-year-old mentioned that it’s both exciting and challenging.

He also spoke about keeping a track of the fast bowlers in different teams. “I’ve always been a part of a franchise coach before I was an Indian coach. So it is exciting, it has its own challenges and I’m happy about it,” Arun said.

“Yes, modern-day players play for different international teams, franchises, leagues but we keep a tab on them. Of course, it can be an advantage or a disadvantage if you are not with them throughout.

It’ll be great if we can spend more time but that’s the way the leagues have been held. So, whatever limited time you have, you tried to get the best out of them,” he said. The coach feels ILT20 will provide a good opportunity for UAE fast bowlers to learn from the big names of the game.

“They are very eager to learn at a big tournament like ILT20. The first time I think they are on a big stage where they are rubbing shoulders with international stars to prove their mettle. And they’re very quick to learn and it’s quite exciting to be working with them,” he concluded.