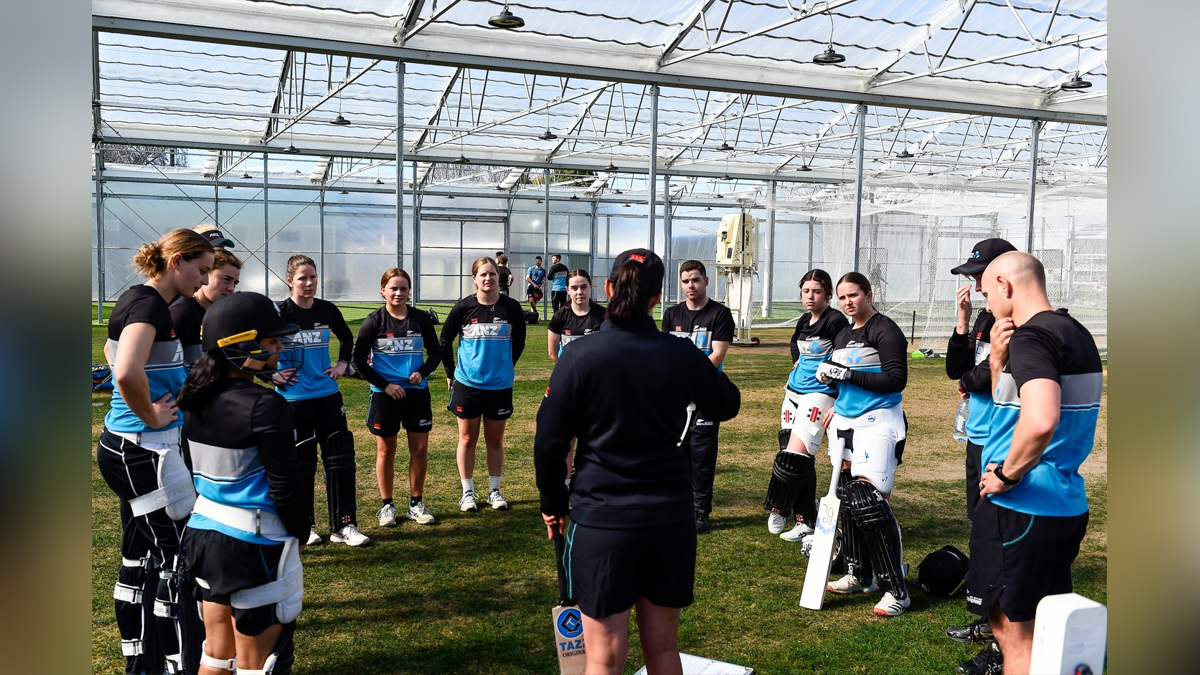 Christchurch : Pace bowling duo Jess Kerr and Molly Penfold, along with batter Lauren Down, on Thursday have made a return to New Zealand women’s team for the upcoming tour of West Indies.

The trio are the only changes to the 15-player squad which claimed bronze at the recent Commonwealth Games in Birmingham, with pacers Claudia Green and Rosemary Mair along with wicket-keeper Jess McFadyen out of the squad.

“It’s an exciting time for the whole squad and particularly the three players making their returns. We’ve seen the success Jess has enjoyed on the international stage in her career to date and it’s been encouraging to see her working her way back from injury, and training with the London Spirt over here in the Hundred in recent weeks,” said New Zealand head coach Ben Sawyer.

Jess was a late withdrawal ahead of the Birmingham Commonwealth Games due to a foot injury, while Lauren opted out ahead of the tournament to prioritise her well-being.”It’s great to see Lauren return after taking some personal time away from the game.

She was flying with the bat heading into the ODI World Cup in New Zealand earlier this year only to be ruled out of the tournament with that thumb injury – so we’re looking forward to welcoming her back into the environment,” added Sawyer.

Molly, 21, rejoins the national side after making her international debut on New Zealand’s tour of England last year. “I first saw Molly bowling when I was working with Australia at the ODI World Cup and remember telling them how good I thought she was, just from watching her practice.”

“You could see she had all the natural attributes for fast bowling and I’ve been sent a few videos of her recent progress – she seems to be going really well,” observed Sawyer.All-rounder Lea Tahuhu has retained her place in the squad after impressing as a replacement for Jess at the Commonwealth Games.

Sophie Devine will captain the side which also features the familiar faces of Suzie Bates, Maddy Green and Amelia Kerr.Sawyer, coaching the Birmingham Phoenix in women’s Hundred, where Sophie is the captain, further remarked that Hayley Jansen playing in Women’s Caribbean Premier League (CPL) after featuring in women’s 6xty, will help him and the side with knowledge of local conditions.

“We have six players currently competing over here in the Hundred, while the bulk of the squad has begun a training camp this week at Lincoln, working with assistant coach Sara McGlashan.”

“Hayley Jensen is already over in the Caribbean playing in the CPL and she said the conditions are extremely hot and the wickets are keeping a little low – so that’s what we can expect.”

With the ICC Women’s T20 World Cup to be held in South Africa next February, Sawyer acknowledged that New Zealand are working towards that tournament, and will take lot of heart from the bronze medal at Commonwealth Games in Birmingham.

“I know the team took a lot of confidence from winning that bronze-medal match against England. To do it in front of a packed house at Edgbaston and to do it so convincingly will have given the whole unit so much belief.

This tour will be important for us to continue building on the good work done in England.””We’ll of course be out to win both series in the Caribbean – but will also be looking to offer opportunities to different players as we try and nail down our combinations for the T20 World Cup and refine our game-plans.

We’ll also be giving the one-day series plenty of attention, having identified that as the format most in need of improvement.”New Zealand will play three ODIs in the West Indies, as part of the ICC Women’s Championship, which will be followed by five T20Is.

All matches will be played at the Sir Vivian Richards Stadium in North Sound, Antigua.This is the first time the New Zealand women’s team will be touring the Caribbean since 2014, where New Zealand won the T20Is 2-1 while West Indies won the ODI series 4-0. The New Zealand based players and support staff will depart for the West Indies on September 10.