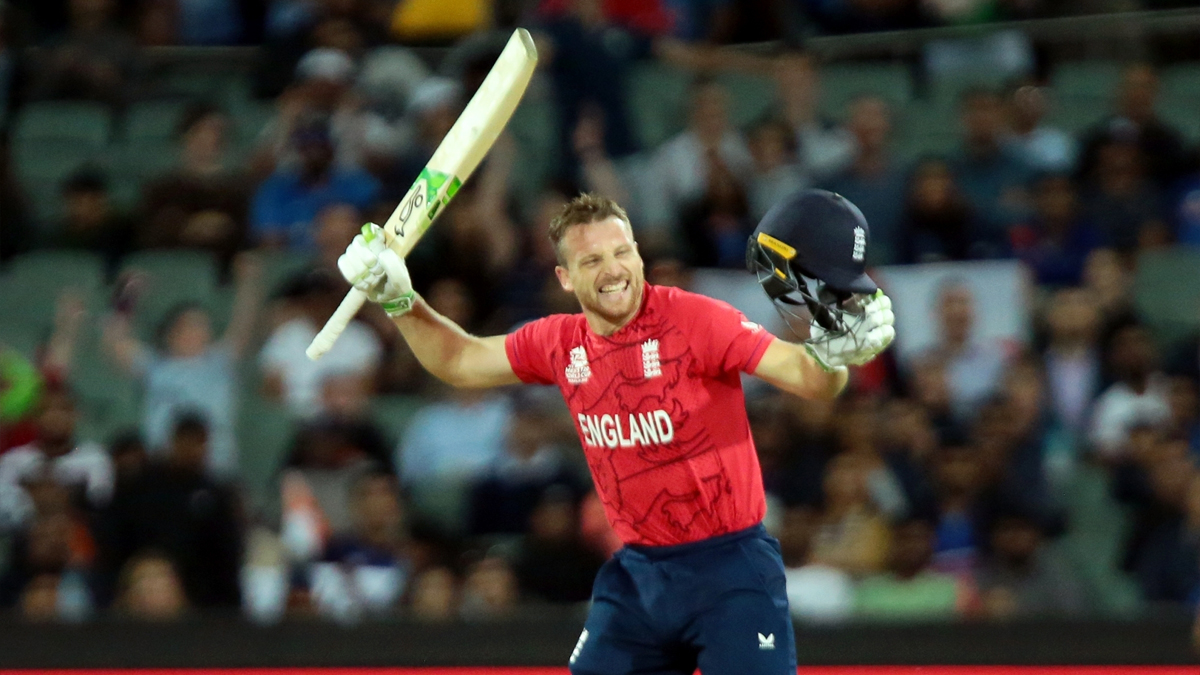 The ICC Player of the Month nominees produced outstanding performances across international cricket in November 2022.
Nominees for Men’s Player of the Month:
Jos Buttler (ENG)
At the top of England’s batting order, Buttler showcased his full repertoire of strokes in a series of glittering displays as his side went on to claim the ICC Men’s T20 World Cup. The England captain dominantly started the month with a Player of the Match performance against New Zealand, registering 73 from 47 balls as his side won by 20 runs in Brisbane.

He then bettered this feat in the remarkable semifinal performance against India, where his brutal 80 from 49 balls alongside Alex Hales saw them chase down the target of 169 without loss. Alongside his crucial score of 26 in a tense final, Buttler also provided leadership on the field, ending up lifting the Trophy at the Melbourne Cricket Ground.

Adil Rashid (ENG)
Rashid has proven himself time and again as a world-class bowler in the shortest format and November cemented his credentials as one of the standout performers in England’s armoury. Despite having taken just four wickets across the four T20Is he played in during the month, his expert economy rate of 5.70 was pivotal to restricting opposition scores in high-pressure matches.

He claimed the Player of the Match award with figures of one for 16 in the final group game against Sri Lanka at the Sydney Cricket Ground, before excelling in the Final, where the outstanding consistency he demonstrated in his figures of one for 22 was rewarded with the T20 World Cup trophy.

Shaheen Shah Afridi (PAK)
Spearheading Pakistan’s bowling attack in their surge to the Men’s T20 World Cup final, Afridi once again proved a constant threat to opposing batters. Taking ten wickets during the month at a superb average of 7.30, his stand-out figures came in the must-win battle against Bangladesh at Adelaide, where his four for 22 secured his side’s passage through to the knockout stages.

Although he was withdrawn mid-way through the final due to injury, he was key to keeping England within reach during the showpiece finale.
Nominees for Women’s Player of the Month:
Sidra Ameen (PAK)
Pakistan opener Ameen enjoyed a hugely successful ODI series against Ireland last month and will be hoping to celebrate her first ICC Player of the Month Award after scoring 277 runs across the three-match series in Lahore and only being dismissed once.

She was in imperious form with the bat, recording her highest score of 176 not out in the first ODI, followed up with an unbeaten 91 from 93 balls as Pakistan claimed the whitewash victory 3-0 over the tourists in Lahore, and she walked away with the Player of the Series prize.

Natthakan Chantham (THA)
Chantham has been a key player for Thailand as they continue their rise in international cricket, and her first ODI appearances for her country underlined her abilities as a top-class batter. She is named on the shortlist after guiding Thailand to a 4-0 series win over the touring Netherlands in Chiangmai.

Scoring 267 runs across the four matches, the Thailand opener registered her first century in this format in the first game (102 from 135 balls), and followed this up with two further half-centuries in the successful series.

Gaby Lewis (IRE)
Ireland’s Gaby Lewis is no stranger to the ICC Player of the Month Awards and sees her name shortlisted for the fourth time. Despite losing the ODI series to Pakistan, Ireland bounced back strongly in the three T20Is which followed.

Winning the first match thanks in large part to Lewis’ unbeaten 69 from 54 balls, they then secured the historic series victory in the final game with Lewis once again starring as an opening batter. Her stylish 71 from 46 sealed the triumph and a Player of the Series award to cap off the memorable month.

Notably, the three nominees for either category are shortlisted based on performances from the first to the last day of each calendar month. An independent ICC Voting Academy and fans around the world will now vote to decide the winners, which will be announced next week.