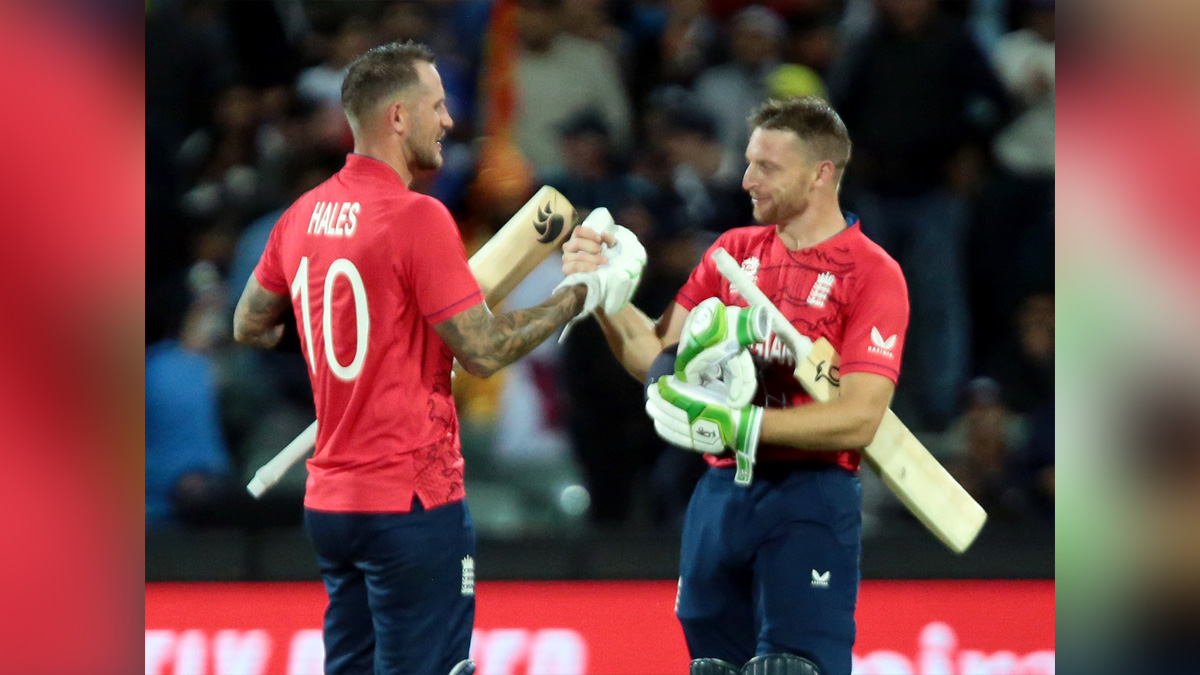 Adelaide : England openers Jos Buttler and Alex Hales on Thursday created history by smashing the highest opening stand in the history of Men’s T20 World Cup, powering their team to the final with a convincing 10-wicket win over India in the second semifinal, here.

Buttler (80 not out from 49 balls) and Hales (86 not out from 47) made a chase of 169 look like a walk in the park in the semifinal of the T20 World Cup 2022 and their combined 170/0 saw records tumble.The England pair’s partnership passed the previous highest opening stand at a Men’s T20 World Cup, 152 between Mohammad Rizwan and Babar Azam, also made against India, in 2021.

And the winning runs took the English duo to an even bigger record. Their combined 170 is now the highest partnership for any wicket at any ICC Men’s T20 World Cup.The record of 166 between Sri Lanka’s Mahela Jayawardena and Kumar Sangakkara had stood for 12 years before Quinton de Kock and Rilee Rossouw of South Africa surpassed it by two runs against Bangladesh earlier in this tournament.

But De Kock and Rossouw’s stay at the top lasted just two weeks.Buttler and Hales’ partnership doesn’t come close to troubling the all-time record stand in a Men’s T20I, although it would have been impossible for them to do so given the match scenario, with the record being 236 between Hazratullah Zazai and Usman Ghani for Afghanistan against Ireland in 2019.

But the openers are now up to second in the all-time list of English partnerships in a Men’s T20I. Dawid Malan and Eoin Morgan’s 182 against New Zealand in Napier in 2019 remains out in front.

I don’t know what the reasons are : K.L Rahul on Rishabh Pant’s release from ODI…