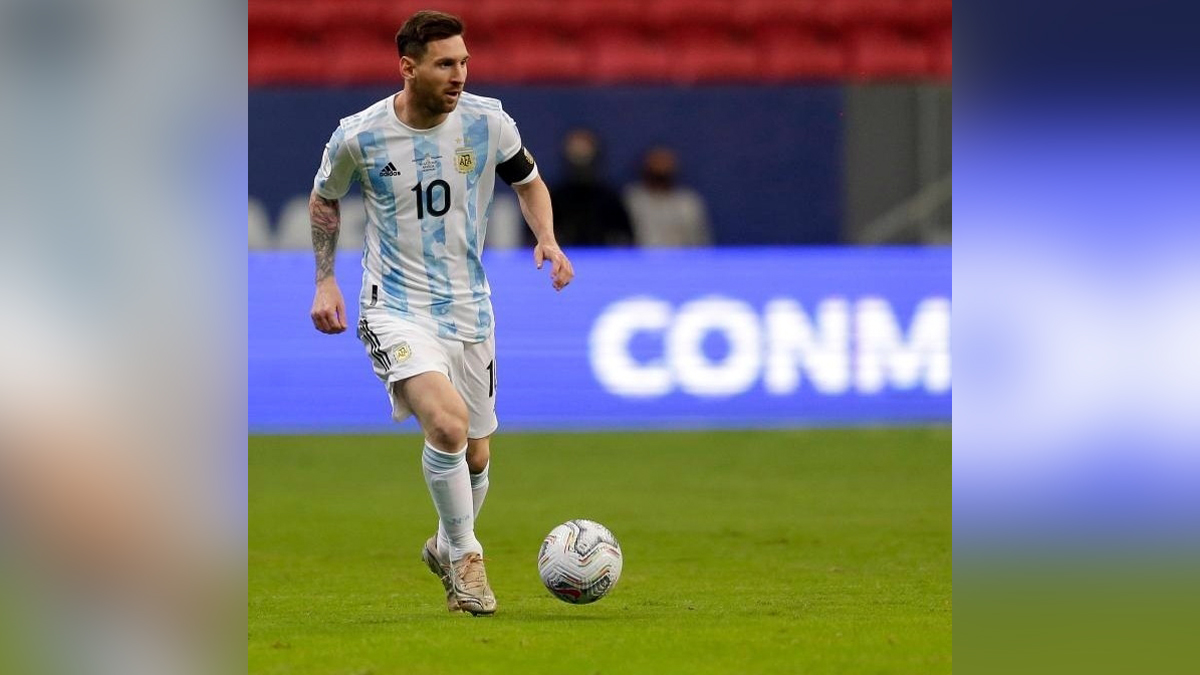 Doha : Lionel Messi kept his World Cup dream on track as he scored one and set up another as Argentina romped home into the final of the FIFA World Cup with an emphatic 3-0 win over 2018 finalists Croatia at Lusail Stadium on Tuesday night.

At the end of half time La Albiceleste led 2-0 as Messi converted a spot kick in the 34th minute to give them the lead and Julian Alvarez struck with a sublime solo effort to give the South American side a comfortable 2-0 lead going into the half time break.

Argentina kept the scoring tempo to add a third one in the 69th minute with Alvarez netting his second of the match. The Argentina captain, who will be playing his second World Cup final on Sunday, having finished as runner-up in the 2014 final to Germany, will be keen to hold aloft the trophy on December 18 at the Lusail Stadium.

The 35-year-old and his teammates will await the winner of Wednesday’s second semi-final between defending champions France and rank outsiders Morocco to see whom they will take on in the title clash.

The PSG striker’s fifth goal in Qatar took him to 11 World Cup overtaking Gabriel Batistuta in the process and making him the all-time top scorer for Argentina. France’s Kylian Mbappe too has scored five goals and both of them will be in the race for the Golden Boot award.

Batistuta only needed 12 games to reach his tally, while Messi was making his 25th World Cup appearance on Tuesday – that saw him equal Lothar Matthaus’ all-time record of 25 at the tournament.

Nevertheless, Messi’s strike highlights the Argentina star’s remarkable longevity, playing his fifth World Cup. His first World Cup goal came in 2006 against Serbia and Montenegro. At 18 years and 357 days, it made him Argentina’s youngest ever scorer in the competition.

Coach Lionel Scaloni made two changes to the team that featured from the off against the Netherlands. With Marcos Acuna suspended, Nicolas Tagliafico was selected at left-back, while Leandro Paredes came into the midfield with defender Lisandro Martinez dropping out.

Zlatko Dalic, meanwhile, stuck with the side that started against Brazil on Friday. Luka Modric became only the fourth player aged 37 or over to start six matches at a World Cup, after Brazil’s Nilton Santos in 1962, Italy’s Dino Zoff in 1982 and England’s Peter Shilton in 1990.

Croatia were fully in control in the opening 25 minutes or so with Argentina not being able to make any telling breakthroughs, but once Argentina were awarded their penalty they did not look back as the momentum shifted quickly.

Croatia dominated the ball, controlling more than 60 percent of possession. Still, they managed to do precious little with it, failing to register a single shot on target. Argentina were ready to sit back and battle as Croatia advanced up the field.

Messi scored the opening goal of the game against Croatia 11 minutes before half-time, blasting into the top-right corner from the penalty spot after Alvarez was fouled by Dominik Livakovic. After Ivan Perisic failed to catch Emiliano Martinez off the line at the other end, the counter was sprung and Alvarez was soon one-on-one with the goalkeeper.

The goalie had no choice but to bring down the striker after he tried to find the back of the net, 1-0. Alvarez’s first goal of the evening had shades of Diego Mardonna’s greatest goal of the 1986 World Cup against England where he waved past a host of defenders from his own half to score one of the best individual goal of the Word Cup.

The young striker scores a goal of some quality as a failed Croatia corner leads to an Argentinian break. The break soon finds Alvarez, who picks up the ball just past the halfway line and sets off on a run with a couple of Croatian defenders on him.

As he gets closer to the box, he is almost dispossessed not once, but twice, before he pokes the ball past Livakovic to send the Argentina fans into delirium, 2-0. In the second half, Argentina continued to hold the fort down on their end, despite numerous Croatia advances.

However, if there is any space afforded then Argentina were quick to act, and added to their advantage with a third goal. For Argentina’s third goal Messi put in a masterclass as he rushed down near the right touchline, with Josko Gvardiol hot on his heels and after making his way to the penalty box, and as he neared the near post on the right side, he saw Alvarez slightly open.

The number 10 slips in a quick pass and Alvarez was able to slot it past the right of the keeper to put Argentina one step closer to the final, 3-0.