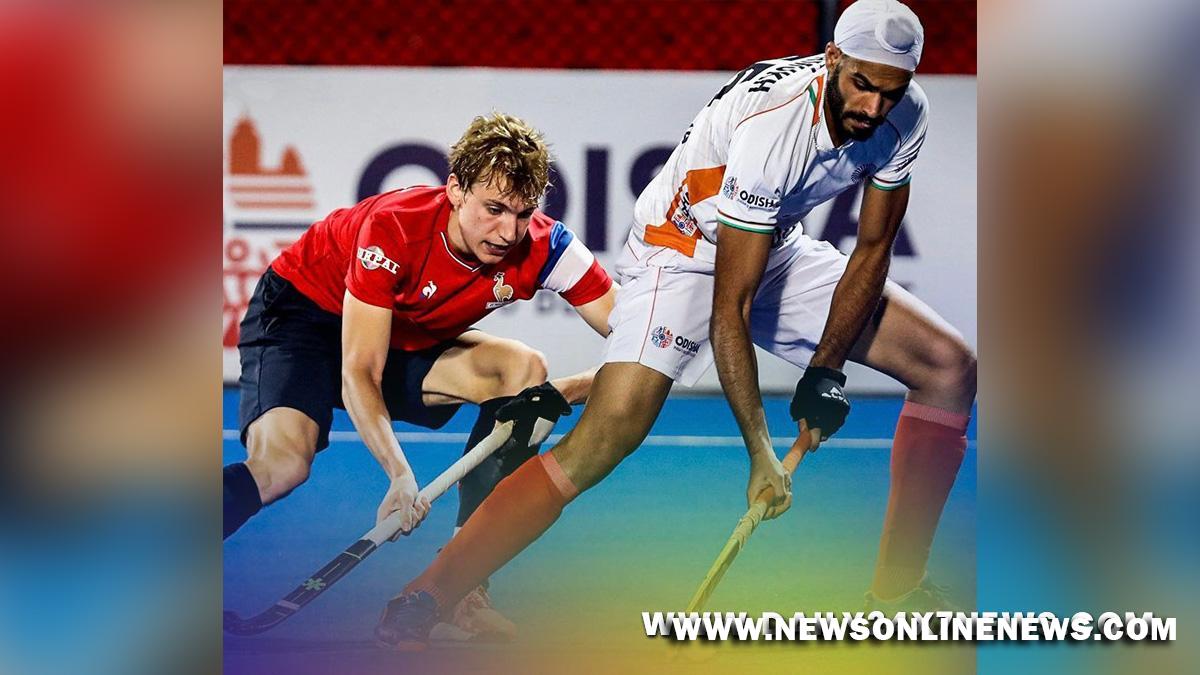 Bhubaneswar : India suffered a crushing 1-3 defeat against France in the bronze medal match of the 2021 FIH Junior Men’s Hockey World Cup at the Kalinga Stadium, here on Sunday.French captain Timothy Clement converted three penalty corners for France in the 26th, 34th and 47th minutes to lead his side to a podium finish while for India, Sudeep scored only one goal in the 42nd minute.This match was a chance for India to avenge their 4-5 defeat against France in their tournament opener. However, the European side continued to dominate the hosts.India started the proceedings aggressively and got the first penalty corner in the first minute of the first quarter. Sanjay took the shots but it was brilliantly saved by the French Goalkeeper Guillaume de Vaucelles.

But India continued the attacks from both the flanks.Uttam Singh, from the left flank, showed remarkable pace and dribbled past to at least three French players to get into the circle, he took a shot but again Guillaume de Vaucelles saved it.France got a penalty corner late in the first quarter when there was a clash between Clement and Abhishek Lakra in the circle. France failed to score on it. India were trying to negate the continuous pressure from France, but the visitors got another penalty corner in the 26 minute when India’s defender Shardanand Tiwari tried to stop French defenders. The referee awarded him the Green Card as India went down to 10 men in the match.French skipper Clement converted it into the goal and gave France a 1-0 lead in the bronze medal contest.Clement scored two more goals in the second quarter to take 3-1 lead as the hosts were looked like mere spectators in the field. It was Clement’s hat-trick as at the end of third-quarter France took 3-1 lead in the match.In the fourth quarter, India got many chances but none of the players managed to score, while France too got penalty corners but failed to exceed their lead.