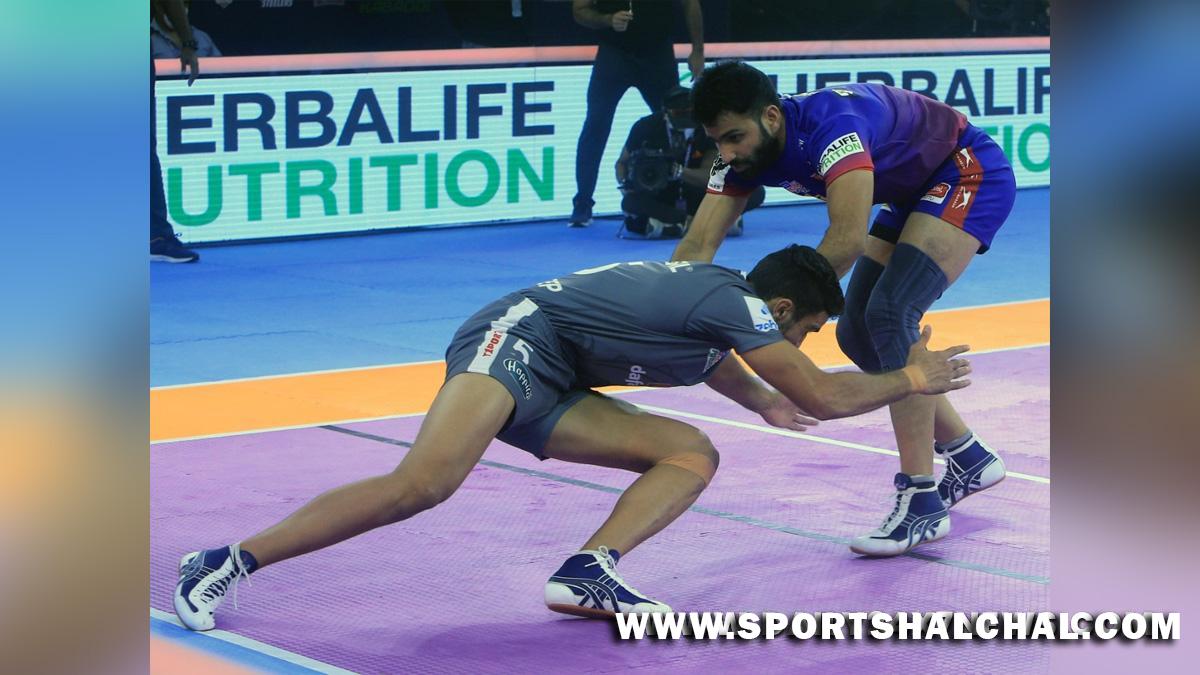 Bengaluru : The Haryana Steelers will be looking to continue their winning streak as they prepare to take on UP Yoddha in Pro Kabaddi League Season 8 in Bengaluru on Sunday.The Steelers defeated Dabang Delhi KC 36-33 in their previous match on Friday. Haryana’s defender Jaideep Dahiya expressed that the team is even more motivated to perform in their upcoming matches.”We played really well in our last match. We have won two games in a row and we have broken into the top six in the standings. The team is even more motivated to do well now. The confidence is high within the group. In our first few matches of the tournament, we didn’t play well in the second half, but now we are playing well in the first and second halves of our matches.

We have worked on our mistakes and gotten better as a side,” he said.Jaideep also spoke about the aspects that has helped Haryana attain form in the last couple of matches.”Our defense unit combination is working really well. Everyone in the unit is chipping in with points. In our first few matches, one defender used to get a High 5, while the others didn’t contribute much. But now, every defender is picking up points for the team.”Speaking about their next match, the defender said, “Our preparation is going really well for our next match against UP Yoddha. They have good raiders such as Pardeep Narwal and Surender Gill. We will look at the video footage of their game and accordingly put our strategies in place.”