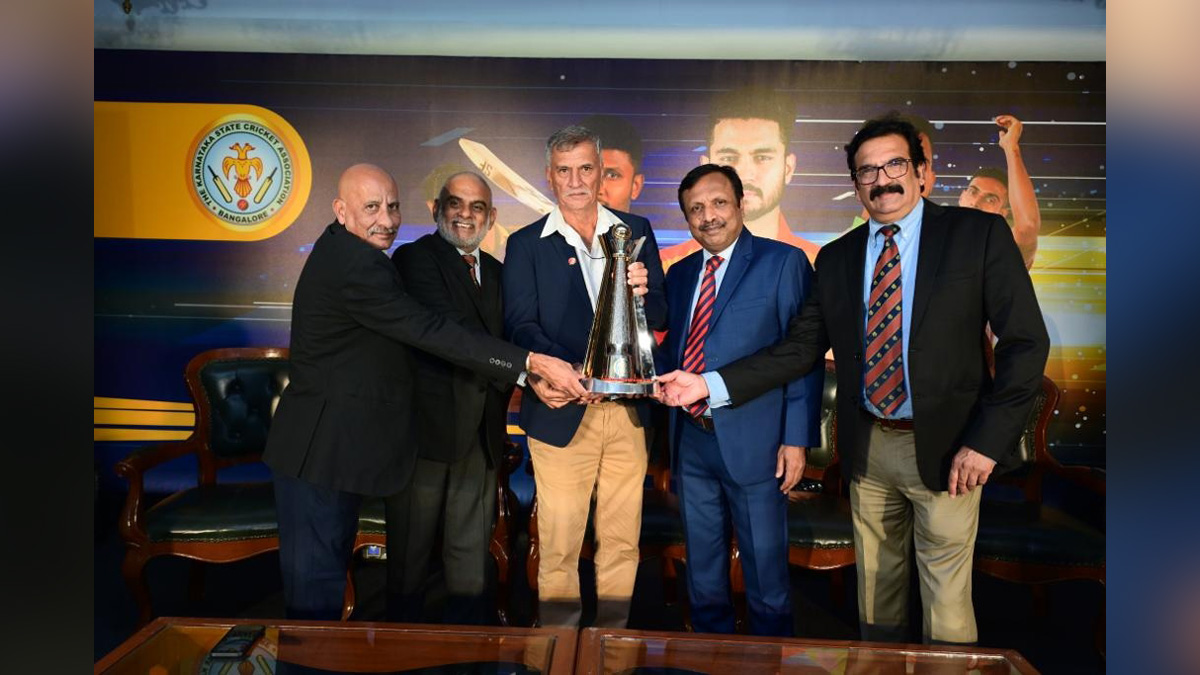 Bengaluru : Karnataka State Cricket Association (KSCA) on Saturday announced the launch of Maharaja Trophy KSCA T20, its new T20 tournament named in the memory of the HRH late Srikantadatta Narasimharaja Wadiyar, the former President of KSCA and Maharaja of Mysore.

The tournament will be held between August 7 to 26 in Mysore.The coveted trophy and logo of the tournament was unveiled in a star-studded ceremony attended by Roger Binny, President KSCA, Santosh Menon, Secretary KSCA and Vinay Mruthyunjaya, Treasurer of KSCA at the Chinnaswamy Stadium.

The tournament is widely seen as a replacement of the now-defunct Karnataka Premier League T20 tournament.”KSCA had set the ball rolling for an all-new format of the game, way back in 2005, giving India its first taste of a T20 game through the Bradman Cup.

Subsequently, the Karnataka Premier League was launched in 2009 and we saw eight successful editions of this entertaining league which saw many young stars emerge.”

“With an aim to continue to provide our cricketers with the right platform to perform and be ready for the next big leap in their cricketing career, we have decided to roll out the Maharaja Trophy KSCA T20,” said Binny, the former India all-rounder and a member of the 1983 Men’s Cricket World Cup winning team.

“The Maharaja Trophy KSCA T20 will commence on August 7 in Mysore with the first leg of matches being held at the Srikantadatta Narasimharaja Wadiyar Ground in Mysore.

A total of 18 matches will be held in Mysore followed by a total of 16 matches including the final being held in Bengaluru at the Chinnaswamy Stadium.”

“All the top cricketers within the age bracket of 35 years will be eligible to take part in the tournament. The teams will be formed through a player draft, and KSCA will nominate the Captains and Vice Captains for the teams and we will assign support staff for each of the six teams,” stated Menon.

The two-week T20 extravaganza will provide emerging stars from the state an opportunity to perform in front of packed-stadiums, under floodlights and bask in the limelight with all matches to be broadcasted live on Star Sports 2 and Star Sports Kannada. The tournament will also be live streamed on the Fancode app for larger consumption.