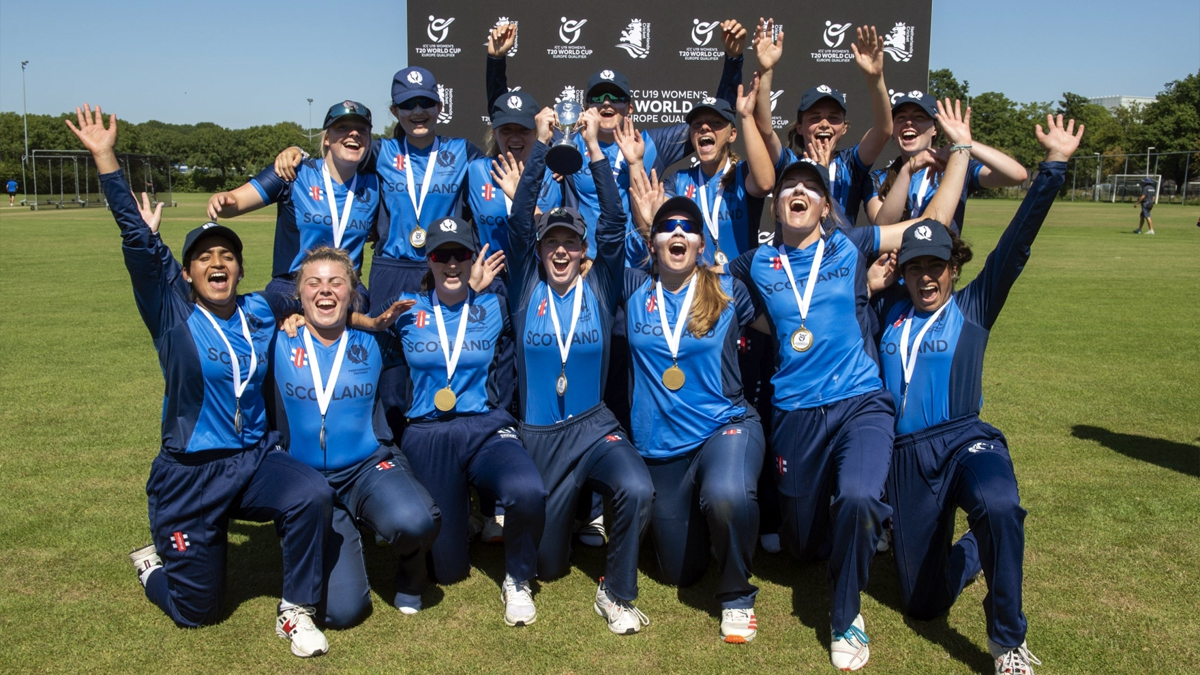 Glasgow : Cricket Scotland on Tuesday announced Katherine Fraser as the captain of the U-19 squad for the inaugural edition of the ICC Women’s U-19 T20 World Cup to be held next year in January in South Africa.

Scotland feature in Group D alongside India, South Africa, and the UAE in the 16-team tournament. The top three teams from each group will then progress to the Super Six round, which will consist of two groups of six.

If Scotland qualify, they will move to Group 1 which will comprise of three teams, each from Groups A and D. “It is a hugely exciting time ahead for this U-19 Scotland Women squad as they prepare for the inaugural U-19 Women’s T20 World Cup.

They will have the privilege of being the first Scottish female cricket team to ever participate in a World Cup and that is something which they can be proud of forever.” “It is scheduled to be a brilliant tournament that will provide a number of opportunities for these players to learn more about themselves as people and as developing cricketers.

It was evident during their qualifying campaign that this is an extremely talented group who have the ability to deliver high-quality performances.” “I am confident that, if they can continue to play with that same style and mindset, they will showcase how good a team they are and will play some really exciting cricket,” said Peter Ross, Women’s U19 head coach, in an official statement.

After the Super Six stage, the semifinals will be played on January 27 in Potchefstroom and the final will be played at the same venue on January 29. “This is an amazing opportunity for our U-19s Women to participate in the first-ever Women’s U-19s World Cup.”

“It’s a culmination of a lot of hard work from the players, clubs, schools, parents and CS staff over the last few years in developing the Women’s and Girls’ game in Scotland, and I’m hopeful that this group will continue to showcase and develop the sport in Scotland.”

“The group’s performances in the qualifiers were exceptional and we are all excited about their potential leading into the World Cup. Hopefully, the squad, staff and families can enjoy the occasion as they are fantastic tournaments to be part of,” said Gordon Drummond, Head of Performance Pathway.

As part of the tournament preparation, the squad will be training at La Manga in Spain before Christmas and then will fly out to South Africa in early January to play some warm-up matches, before opening their campaign on January 14 against the UAE.