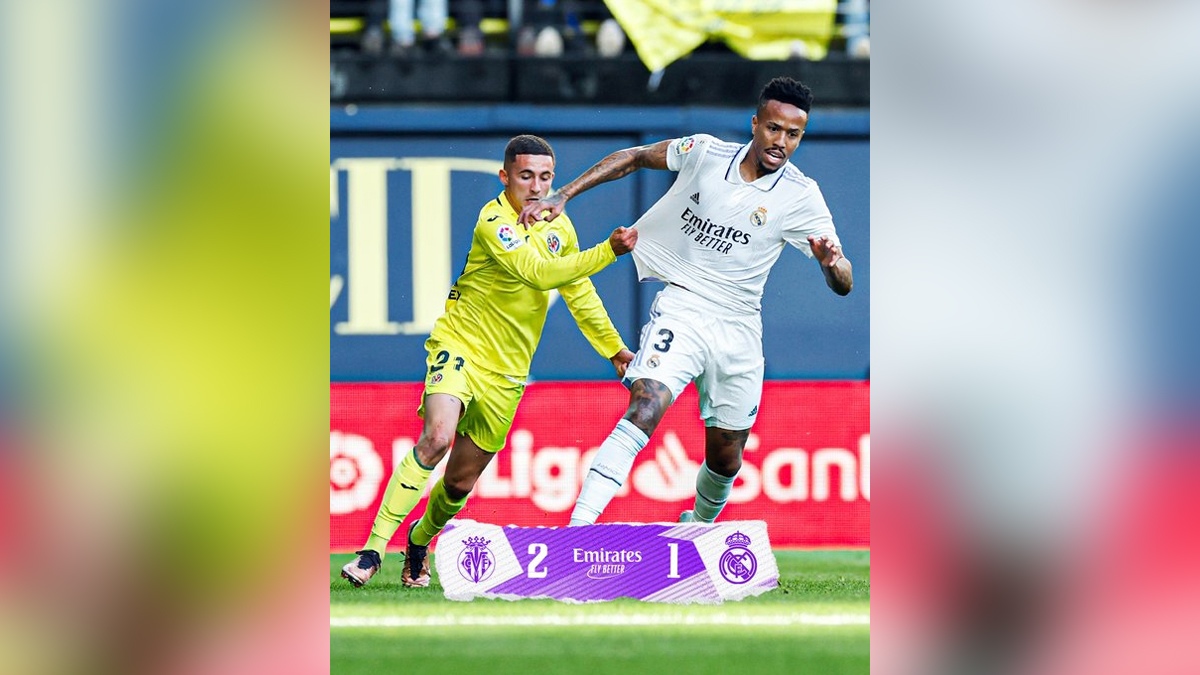 Madrid : A goal from Yeremy Pino and a penalty from Gerard Moreno gave Villarreal a 2-1 win at home to Real Madrid in a thrilling La Liga match. With defender Dani Carvajal injured, Real Madrid coach Carlo Ancelotti named a starting lineup without a single Spanish player in a league game for the first time ever, reports Xinhua news agency.

Villarreal started brightly and could have had two goals in the opening minutes, with Francis Coquelin hitting the post, but somehow the game arrived at the break 0-0. Pino’s powerful shot put Villarreal ahead early in the second half, but Real Madrid were level just before the hour when the VAR awarded them a penalty after the ball brushed defender Juan Foyth’s hand.

Karim Benzema made no mistake from the penalty spot, but three minutes later another controversial handball saw Villarreal awarded a spot kick and this time Moreno sent Thibaut Courtois the wrong way to give his side a decisive 2-1 lead.

Both teams had further chances in the last half hour, but the result remained unchanged. Argentina’s World Cup winning coach Lionel Scaloni was in Mallorca’s Son Moix Stadium to watch one of his former clubs, and was presented with a Mallorca shirt before kick-off.

Mallorca had the better chances in the game, but it wasn’t until the last minute of injury time that substitute forward Abdon Prats headed the only goal of the game following a free kick taken by Lee Kang-in.

Also on Saturday, Espanyol came back from conceding a goal to Girona’s Toni Villa, to draw a local derby 2-2. Second half goals from Javi Puado and Joselu looked like they would give Diego Martinez’s team their third win of the campaign, only for former Espanyol midfielder Yangel Herrera to net in the 85th minute for Girona.

Friday night saw Iago Aspas give Celta Vigo a 1-0 win away to bottom side Elche, while Ruben Alcaraz’s ninth-minute strike was enough to give Cadiz a 1-0 win in Valencia and momentarily lift them out of the relegation zone.