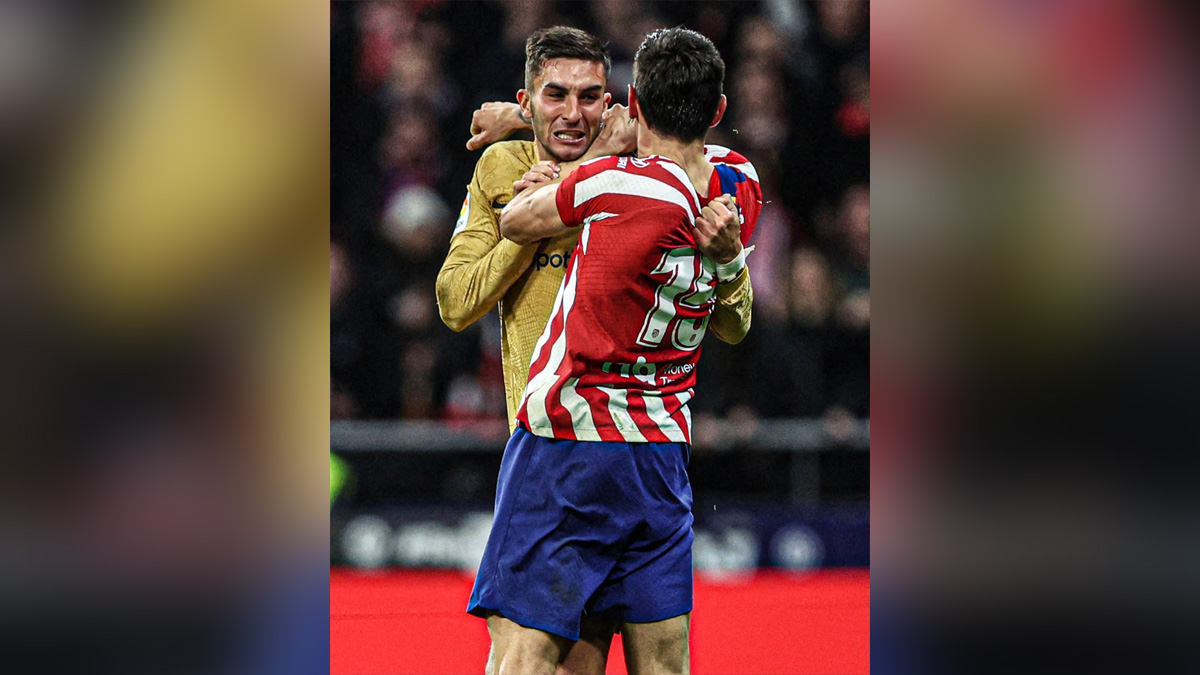 The fight happened in the last minute of Barca’s 1-0 win away to Atletico Madrid on Sunday night, as images showed the two players grappling with each other and Torres even appearing to pull Savic’s hair.

The referee’s post-match report informed that “in the 90th minute, (Ferran) Torres Garcia was sent off for the following motive: Persistently pulling the hair of a rival, with the ball in play, but not in a position to be played by either.”

Savic was sent off for “holding the neck of an adversary with excessive force in a continuous manner.” Barca had appealed against Torres’ sending off, but the disciplinary Committee considered that, “the images do not contradict the referee’s appreciation of the incident.”

The punishment has to be served in the same competition in which the offense was committed, which means Torres is able to play in the Spanish Supercup, which is currently being celebrated in the Saudi Arabian capital of Riyadh, and in next week’s Copa del Rey tie away to third tier Ceuta, but he will miss league matches at home against Getafe and away to Girona, reports Xinhua.

His absence will be added to that of Robert Lewandowski, who is also suspended for those matches. Savic meanwhile can play in Atletico’s Copa del Rey visit to face Levante, but will miss league matches away to Almeria and at home to Valladolid.