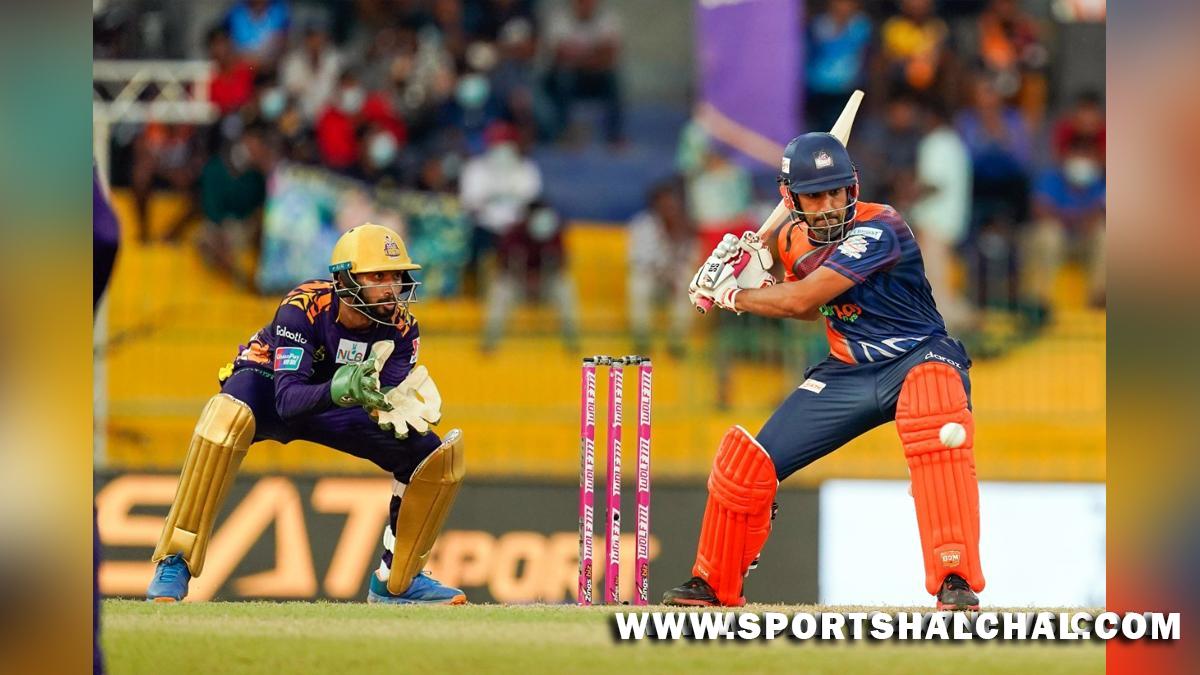 Lanka Premier League is going to have a massive impact on Sri Lankan cricket: Ravi Bopara

Colombo : Ravi Bopara, who was adjudged the Player of the Match for playing a watchful innings of 34 runs from 39 balls and helping his team Kandy Warriors defeat Galle Gladiators by 5 wickets in the Lanka Premier League, expressed that the franchise tournament will definitely help Sri Lanka to find quality cricketers in their nation.”I think the Lanka Premier League is definitely going to help Sri Lanka cricket. Whenever a league has been formed in any country, that league has helped that nation produce better cricketers, especially in the T20 format. Look at what happened to India, look at what happened to England, look at how good Pakistan were in the ICC T20 World Cup. I knew they were going to be good because they had such good quality. When you have leagues, you find players that would’ve never come into the system.”You’ll see the impact of the Lanka Premier League in 3-4 years. We are already seeing talent coming through from Sri Lanka, players like Wanindu Hasaranga are good cricketers,” said Bopara.Asked about his own performance in the LPL match against Galle Gladiators, Bopara said, “It was a difficult wicket to bat on. The key thing for us was to get to our target. We lost three games in a row before this game. My job was to make sure that I am there at the end.

During the time-out, the Coach and the Captain told me not to play any big shots and asked me to be there till the end.”So that was my job. If I was playing for my own ego then I would’ve scored at a faster rate, but I would have probably played a bad shot and got out and put the team in trouble. Once I got set, it was my job to take the team over the line.”The all-rounder also expressed that he enjoys low-scoring games, “I love it when the scores are around 130-140, it’s a tight game and it’s a struggle to bat. These games are more exciting for me. When a team scores 180-200, sometimes the other team gets bowled out for 130, trying to hit fours and sixes.”It can be difficult to curb your natural style of batting on a wicket like this, but after training so much over the years, it gets you ready for this kind of stuff. If you are only hitting sixes during training then that’s the only way you can play, but if you are also developing the skill of taking singles and hitting boundaries, then you have an all-round game. You know you can fit in any situation.”Bopara added that it’s very important for the Kandy Warriors to build on their victory against the Gladiators.”It’s very important for us to attain the momentum. There are a lot of teams that start slowly in various competitions. If you look in the IPL, sometimes the Mumbai Indians start really slowly and all of a sudden, they catch form in the second half and go to the top. It has happened so many times. Hopefully, this happens to us as well. We need to win nearly every game now. We have to win at least three matches in our last four matches to qualify for the next stage of the tournament.”