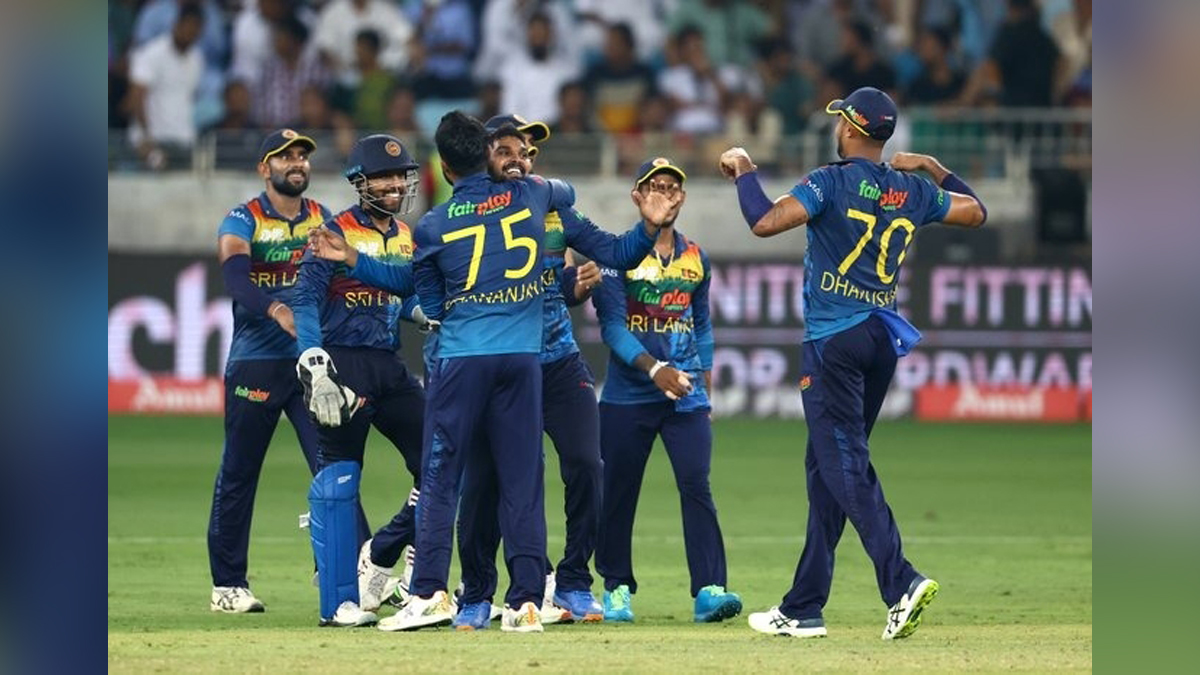 Last over of our batting innings changed the momentum : Bhanuka Rajapaksa

Dubai : Sri Lanka’s Player of the Match in the Asia Cup final against Pakistan, Bhanuka Rajapaksa, has said the momentum shifted in his team’s favour in the final over of their batting inning when the islanders smashed 15 runs to finish on 170/6.

Sri Lanka then demolished Pakistan for 147 for a memorable 23-run victory.Pakistan bowlers had managed to restrict their opponents to 149/6 till the second-last ball of the penultimate over, but Rajapaksa’s huge six on the last ball of the 19th over and then 15 runs in the 20th over including a boundary and a maximum shifted the momentum Sri Lanka’s way.

Rajapaksa, who made an unbeaten 71 off just 45 deliveries, said the productive last over took the game out of Pakistan’s hands.”It was not easy out there (when I came in to bat with five wickets down). They (Pakistan) were bowling well.

Wanindu (Hasaranga) and I had a nice plan. Nature of the Sri Lanka team is to be positive and not have pressure. That helped us score runs,” said Rajapaksa.”When Iftikhar (Ahmed) was bowling, Wanindu wanted to attack, but fortunately both of us were getting the runs.

I had to change my game since Pakistan were top at the moment. Had to spend some time in the crease,” he added.”When (head coach) Chris (Silverwood) came to talk to us at the drinks break, I told him that it looks like a 140 pitch.

And eventually we stayed till the end and the eventual target was much different. This is a game of momentum, and we set the momentum in the last over of the first innings (when the team scored 15 runs),” he added.

‘Player of the Tournament’ Wanindu Hasaranga, who scored 36 and took three wickets, said Pakistan bowlers were breathing fire when he came in to bat at 60/5, but he stuck to his role of playing “normal shots”.

“When I went to bat, we were 60/5 so we planned that if we can score over 150 that is a good total. And I said that I will play my own role, so that’s why I played my normal shots. The first few overs, ball was swinging.

But when I was batting, wicket was really good.”On his bowling performance, the all-rounder said, “I love to bowl in subcontinent. I like to bowl on the stumps; I think that helps me (be) successful. I try to bowl without boundaries so that’s why I got three wickets in the last over on Sunday. Our boys did great job, especially after losing to Afghanistan,” he added.