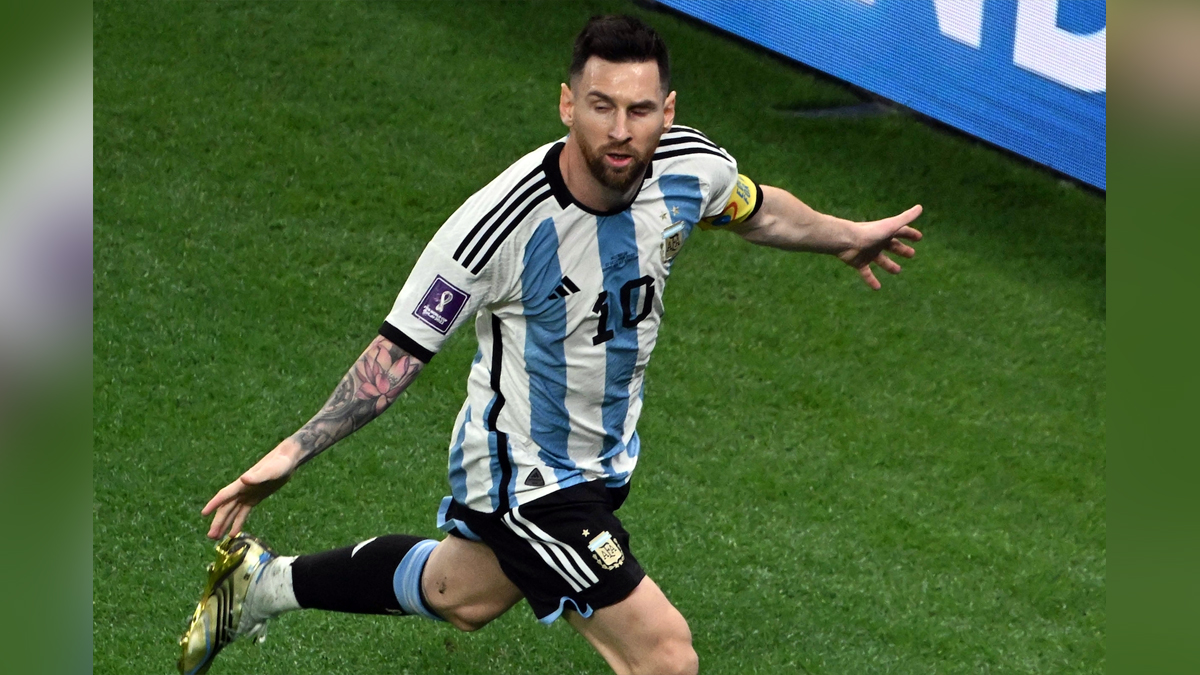 Doha : Lionel Messi admitted his side had suffered to qualify for the semifinals of the World Cup after a dramatic penalty shootout against the Netherlands. “We are really happy, we suffered too much, but it’s a quarterfinal in the World Cup, and we suffered what we had to suffer to qualify,” said Messi.

Messi was the man of the match after setting up Nahuel Molina for the opening goal and then scoring Argentina’s second from the penalty spot with just 17 minutes left to play, reports Xinhua.
The game appeared to be over before a late Dutch fightback saw Wout Weghorst score in the 83rd and 10th minute of injury time to take it to extra time and penalties. “We are taking it game after game with the same intensity and same desire.

We want to be protagonists. We are really excited and really want to win and we need this joy for us and for everyone who supports us,” he said. The striker expressed his frustration at the second equaliser for the Netherlands, saying that Spanish referee, Mateu Lahoz had added on too much injury time.

“I felt really angry at the late goal. I don’t want to talk about the referee, because you can get a suspension, but people saw what happened. FIFA have to look at that. They can’t put in a referee who isn’t up to the job at this stage,” he said.

However, Messi said that he had confidence his side would qualify. “We knew we had an advantage with Emiliano (Martinez),” he said. He then looked ahead to the semifinal against Croatia, who also beat Brazil in a dramatic penalty shootout.

“Croatia will be really hard. They were better than Brazil at times and move the ball really well. They are working with the same coach (Zlatko Dalic) as 2018 and it will be really hard. “I’ve said all World Cup, we are enjoying this, the fans, and taking it step by step.

“I am very happy,” he concluded. Goalkeeper Emiliano Martinez, who saved two penalties in the shootout, said: “I am very excited. We played for 45 million people. The people are not having a good time economically and we are giving them some joy.”

“I couldn’t make the saves in 90 minutes, but luckily I was able to do so in the penalties. I saved two and could have saved a third. “We won because we have balls, passion and because we played for 45 million Argentines. We are as excited as they are,” said Martinez.