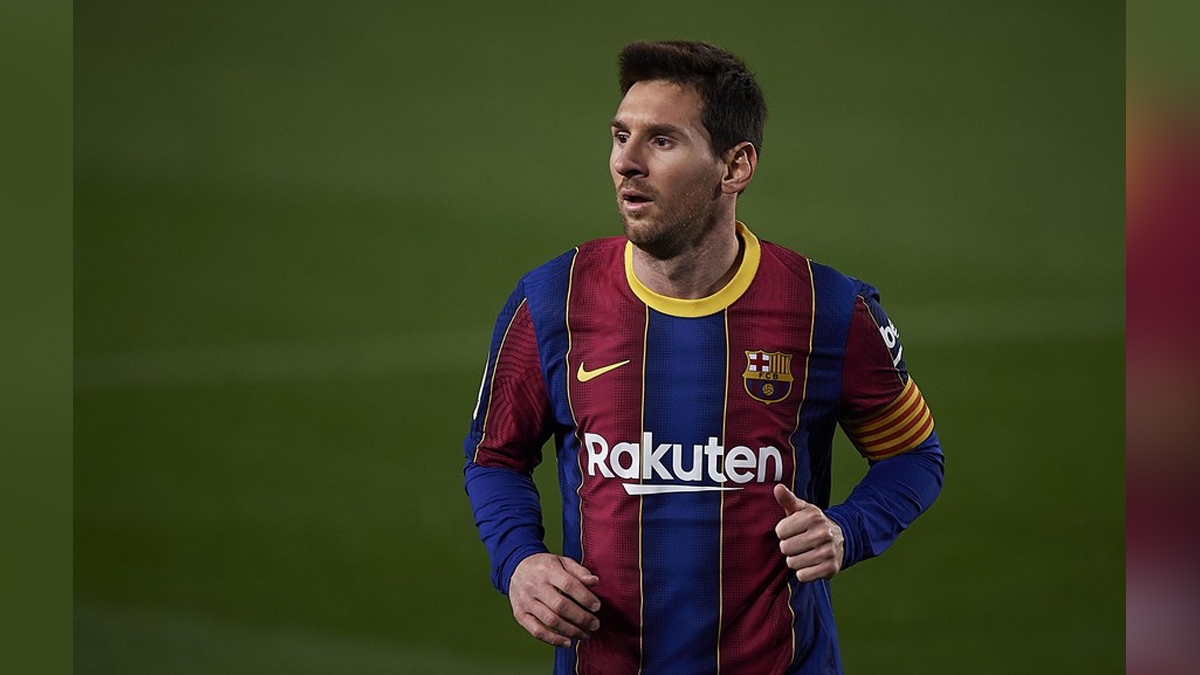 Doha : Lionel Messi has downplayed fears about his physical fitness, declaring himself ready for Argentina’s 2022 FIFA World Cup opener against Saudi Arabia later on Tuesday.The Paris Saint-Germain forward had raised concerns in the Argentine press after he was seen training separately from the rest of Argentina’s squad last week.

“I feel very good physically, the truth is that I think I’ll enter the tournament in great shape, personally as well as physically,” Messi told a news conference on Monday, reports Xinhua.”I don’t have any problem, I heard that they said that I trained differently because I suffered a knock … but it’s nothing unusual. The timing (of the World Cup) is different. It’s at the other end of the year and our physical condition is different.

“Normally we have a month to prepare for the World Cup. This time there hasn’t been time for that and we have to play our first match very quickly. We knew it was going to be like this. We go into the tournament feeling good. We’re prepared and the feeling that exists is always special.”

When pressed on whether he had prepared differently to his Albiceleste teammates, Messi replied: “No. It’s a different time in the season, with much fewer games, I’ve always felt good with continuity of games, playing regularly so that I get into a rhythm.

That’s what I tried until I got here at the start of the World Cup. I did nothing special (this time). I took care of myself and worked like I have my whole career. It will probably be my last World Cup, my last chance to achieve the big dream I have.”

Lionel Scaloni’s men are undefeated in their past 35 games, a sequence that includes the 2021 Copa America final against Brazil. They are just two games shy of the record for the longest run of international matches without defeat, currently held by Italy.

Messi will be playing in his fifth World Cup, having appeared on football’s biggest stage for the first time at the 2006 tournament in Germany.The closest he has come to lifting the Jules Rimet trophy was in 2014 when Argentina lost the final against Germany following an extra-time goal from Mario Goetze.

“We hope to be able to continue doing what we are doing with this group at this time, which has been growing game after game. We have a good feeling within the squad and it has been reflected on the pitch. We’re expecting a difficult game (against Saudi Arabia) because of what the beginning of the World Cup means.

Many of the guys are playing in their first World Cup and everyone handles anxiety and nerves in their own way. But when the first five minutes pass we will try to play as we have been doing, attacking from the outset and respecting our opponents, as we always do.”

Messi said he appreciated the support of fans from other countries, many of whom have adopted Argentina as their favorite team in the hope the seven-time Ballon d’Or winner can write a glorious final chapter to his glittering career.

“It is something beautiful that many people who are not Argentine want us to be champions in large part because of me,” the 35-year-old said. “I am grateful for the love that I have received throughout my sports career. Wherever I’ve had to go, I’ve always received love. It makes me happy that there are more people who want the same thing as me”.

Messi said the Albiceleste’s recent run of success means they enter this World Cup feeling less pressure than in Russia four years ago. “I don’t know if we’ve improved in that aspect, but we have been winning and that decompresses a lot.

It makes us work in a different way, so that people are not so anxious and people are not so aware of the results, but enjoying it more. This group reminds me of the one from 2014, which was very close-knit and clear about what they wanted. It’s good to arrive like this because it gives us confidence when we go out to play”.

I did not sleep for two days because of the agonising pain, says Glenn Maxwell as he reveals extent of injury