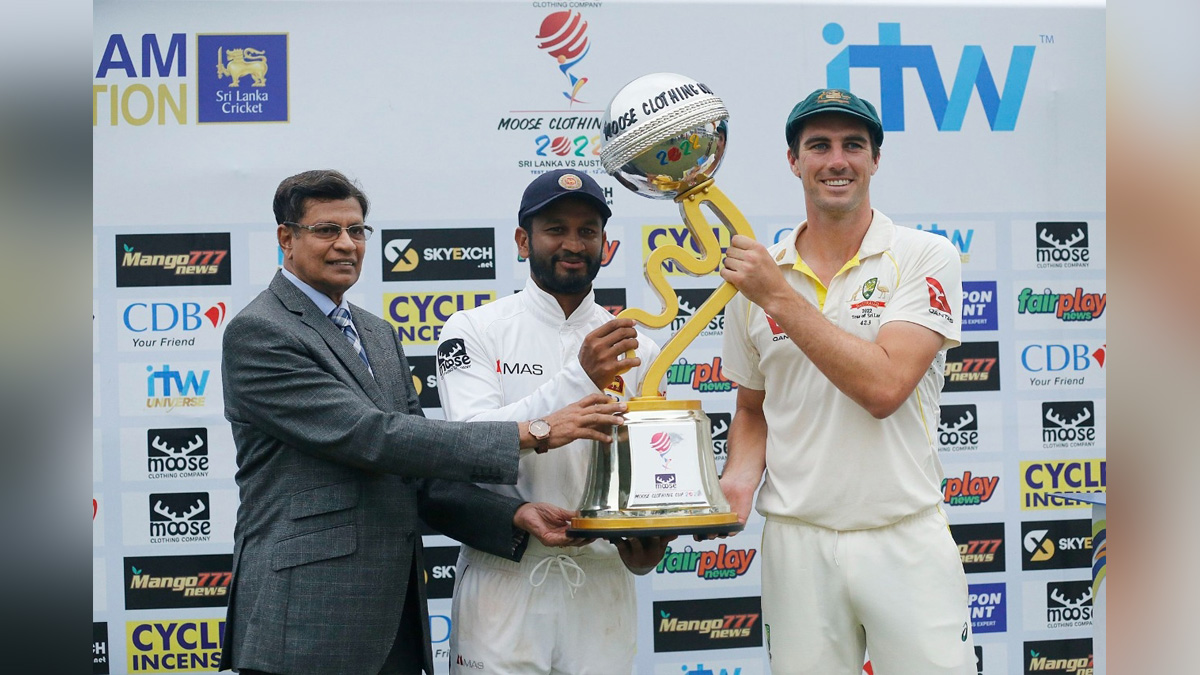 Loss to Sri Lanka in 2nd Test has plenty of learnings for series in India : Pat Cummins

Galle : Australia Test skipper Pat Cummins believes the lessons learnt in his team’s innings defeat to Sri Lanka in the second Test at Galle were huge, and would help the side in its gruelling away campaign against India next year.

Australia will tour India in 2023 where they will play four Tests, as part of the Border-Gavaskar Trophy in February-March.Cummins’ side after steamrolling Sri Lanka by 10 wickets in the opening Test at Galle, suffered a shock second innings collapse in the second Test to lose by an innings and 39 runs as the series ended 1-1.

Cummins indicated the loss, while being a setback, had in fact enhanced the team’s chances of winning in India. This was Cummins’ first loss in his 10-match Test captaincy tenure.”We turned up knowing it’s a tough place to win series and games over here (in Sri Lanka),” Cummins was quoted as saying in The Sydney Morning Herald.

“So to come away with a series draw the same team that won last week we grinded it out in Pakistan to come through with a series win (1-0).”It might be a reality check that it’s tough playing away from home in different conditions to what we’ve grown up playing in.

And (it) makes for more learning than after a win. I think half our batting lineup and half our bowling lineup hasn’t played a lot over here in the subcontinent.”So the experience on these two vastly different wickets … I think we got a lot of lessons out of it to take to India next year.”

“In Australia most likely you only play one spinner, so in the background you’re trying to prepare a couple of other guys so they get the chance over in India. The last two tours we’ve learned a heap, we’ve come a long way in how we’ve played.

(We’ll) try to park that to one side and try to re-remember it in six months.”Cummins added the experiences from the sri Lanka series will be used in the upcoming T20 World Cup and the home Test series against West Indies and South Africa as well.

“We’ll review this series, try to put away lots of notes and ideas, then bank that, put that to one side and work towards the home summer,” he added.