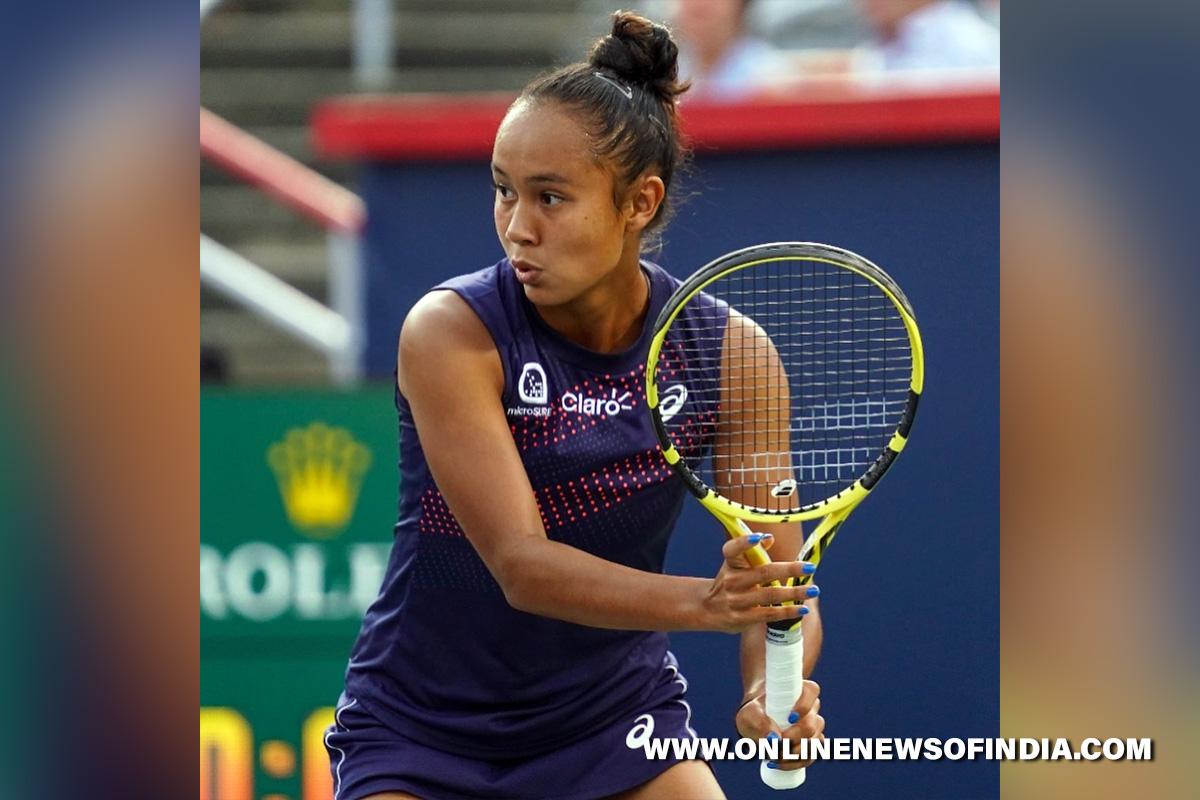 Loss will be part of memory for a long time but will also motivate me : Leylah Fernandez

New York : Leylah Fernandez, the 19-year-old Canadian who lost to Emma Raducanu of Great Britain in the US Open women’s final on Sunday (IST), said that the defeat will be a part of her memory for a “very long time” but it will “motivate” her to do better training.Raducanu, who had made her tour-level main-draw debut in Nottingham just three months ago, emerged the new US Open women’s champion, defeating Fernandez 6-4, 6-3 in an all-teenage final to win her first Grand Slam title and her first tour-level title.”I think this loss, I’m going to carry it for a very long time,” Fernandez told reporters after the match. “I think it will motivate me to do better in training, better for the next opportunity I get,” said Fernandez.Fernandez, who defeated three top-5 players and a former champion in four consecutive three-set matches to earn a spot in her first major final, added that she is happy with the way she competed in the major.”But, no, I’m very happy with myself, with the way I competed, and the play I played, the way I acted on court the past two weeks. I’ve improved a lot not only tennis-wise but emotionally and mentally. I’m happy. Next year hopefully it will be just as good.”Over the past fortnight Fernandez has also quietened doubters who told her that she was too small and too underpowered to play at this level.

With wins over defending champion and world No.3 Naomi Osaka, 2016 champion and former No.1 Angelique Kerber, Olympic bronze medallist and No.5 Elina Svitolina and world No.2 Aryna Sabalenka, Fernandez proved her grit in one of the toughest runs to a major final in the past decade.”I can’t decide which one is going to be in the highlight reel,” Fernandez said when asked which of her victories she might consider her best at the US Open. “I can just say I’m proud of myself and happy with the way I fought.”Naomi, she’s won so many Grand Slams, she’s been in this stage for a while. I’m sure many more to come. I’m just happy with the way I played. Against Kerber, she’s an extremely great fighter, a great player. She’s a great example to look up to. I just fought for every point. Same thing with Svitolina and Sabalenka.””There’s one thing that really surprised me was that the more that I’m more outgoing on court and that I try to get the crowd involved, the more I’m playing well,” Fernandez said. “Usually when I was younger, I’d try to be as calm as possible, just like Federer. I’m glad that I’ve discovered that of myself, that I play a lot better when I’m more outgoing and when I’m using the crowd to my advantage.”Looking ahead, Fernandez said her New York run has made her hungry for success. The Canadian will rise to a career-high No.27 on Monday.”I don’t think it will change my life that much. I’m very lucky to have a great support team and a great family to keep me grounded. With these wins and this loss today, it definitely stings, but it will just make me want to work harder and stronger, just come back to every tournament with the same hunger that I came into this tournament.”