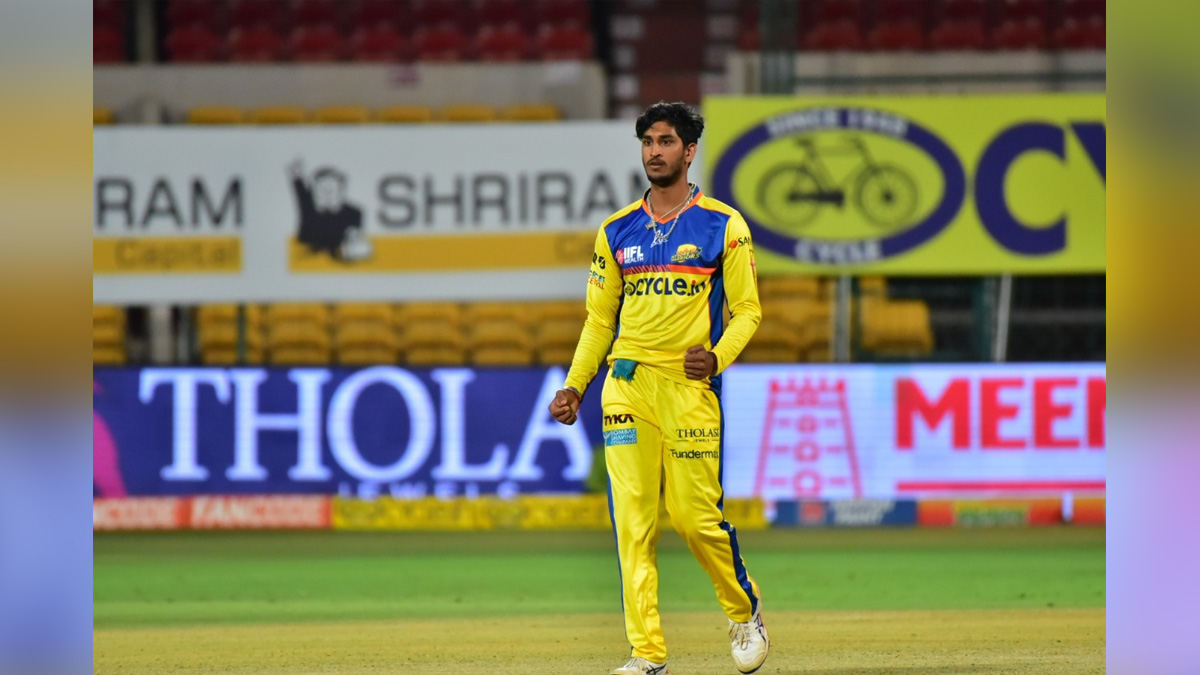 Bengaluru : Bowlers made merry at the M. Chinnaswamy Stadium on Thursday as the Karun Nair-led Mysuru Warriors registered a 2-run win against the Hubli Tigers.

Asked to bat first, the Mysuru Warriors lost openers Nihal Ullal (2) and Nitin Bhille (0) cheaply, which was followed by a first-ball duck for captain Karun Nair.

The early collapse pegged them back in the powerplay as Pavan Deshpande and Shubhang Hegde had the difficult task of rebuilding.Both had to be cautious, as another couple of quick wickets would mean disaster for the Warriors.

Deshpande and Hegde played a solid hand, putting on a 54-run stand to steady the ship before the latter was dismissed just after the midway mark. The Warriors would have hoped to build further, but Shreyas Gopal landed a first-ball duck as well.

However, Rohan Naveen missed out on the hat-trick.Shivraj S. chipped in with a very handy 26 off 19 balls as Deshpande moved along towards a half-century.Dhuri added a quick-fire 18 while Deshpande eventually got 57, as the Warriors were restricted to 145/8 in 20 overs.

The flurry of wickets continued in the second half with the Hubli Tigers losing Mohammed Taha (5), Naveen MG (2) and Swapnil Yelave (0) early, even as Luvnith Sisodia tried to thwart the bowlers at his end.

Sisodia and Srinivas Sharath dug in, putting together a 30-run stand before the opener was dismissed in the 9th over for 22 off 23 balls, with the score at 51/4.

The Tigers were in a spot of bother and would
need a special effort to get out of the situation. Just after the midway stage, the procession continued with Tushar Singh (5) becoming Nihal Ullal’s fifth catch of the day, as the Tigers continued to slip.

Rohan Naveen was castled by Shreyas Gopal in the 12th over after which Srinivas Sharath was also packed off for 21 by Shreyas, leaving the Warriors with just the last rites to complete.

Abhimanyu Mithun and Sharan Gowda got some batting practice during a 38-run stand before Vidyadhar Patil cleaned up the former for 27 off 20 balls.

Sharan Gowda (31) threatened to take it away in dramatic style in the final over with a few lusty hits, but it was a bridge too far for him and the Tigers.