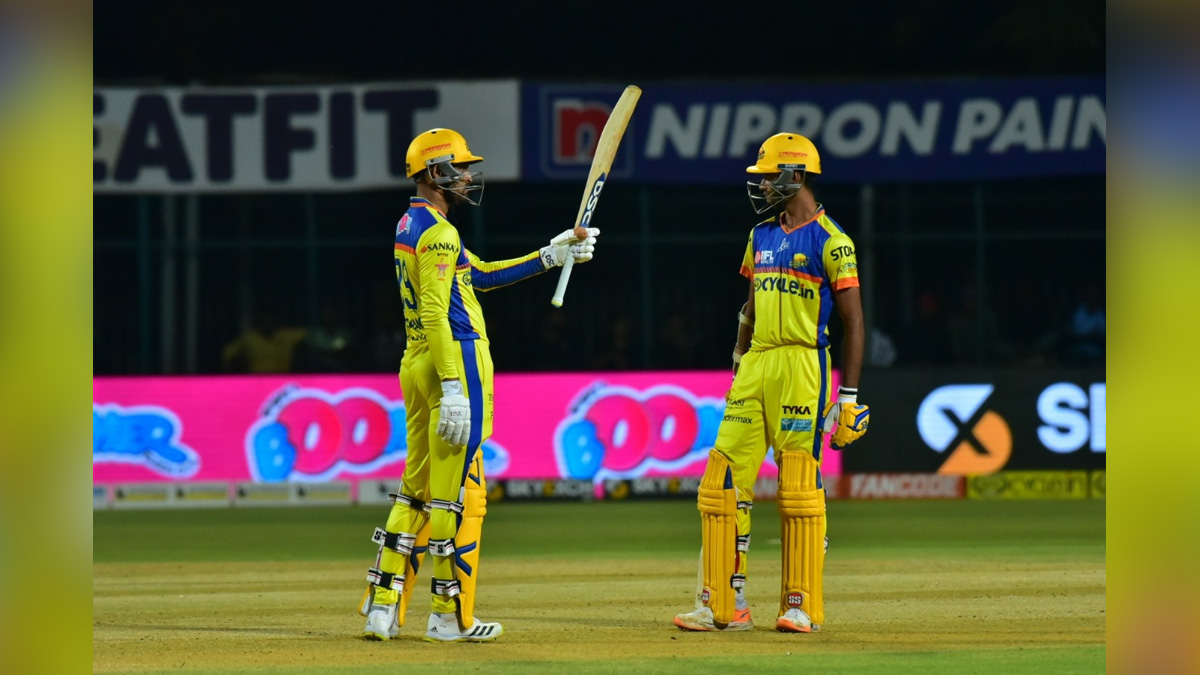 Mysore : Pavan Deshpande turned up the style on Saturday evening, scoring a strokeful half-century for the Mysuru Warriors, before Aditya Goyal and Shreyas Gopal helped restrict the high-flying Bengaluru Blasters batting to 165/8.

That saw the Mysuru Warriors clinch a 6-run win.Batting first, Mysore Warriors lost skipper Karun Nair for 1, but that hardly set them back as Nihal Ullal and Pavan Deshpande got their act going.

The duo only made full use of the fielding restrictions in the powerplay and kept things solid, not allowing the Blasters another early breakthrough.

A 59-run stand between them gave the Warriors some breathing space before Nihal was gone for 23. Deshpande though was firing away on all cylinders, and continued to do so despite the fall of the wicket, bringing up his fifty with a six over midwicket in the 12th over.

A few deliveries later, Deshpande was caught ball-watching, and was run out for 55, having hit 7 fours and 2 sixes in his 36-ball knock.Shubhang Hegde and Shreyas Gopal were tasked with driving the innings along, and they put on 35 runs before the latter was dismissed for 27.

In response, the Blasters had a slow start as LR Chethan (4) and captain Mayank Agarwal (8) were knocked over in the first two overs. Aneesh KV and Shivkumar Rakshith then had the task of rebuilding, and the duo put on a solid 50-run stand before Shreyas Gopal struck.

Shreyas removed Rakshith for 34 and had J Suchith trapped LBW first ball, however the hat-trick didn’t happen as Aniruddha Joshi was cautious.

Aniruddha and Aneesh went about rebuilding the innings, upping the ante after the 10th over with the target still in sight.Aneesh looked to get the momentum going with a couple of sixes in the 15th over, but was dismissed soon after for 48, leaving the side with a fair amount to do.

Aniruddha (29) and Rishi Bopanna (2) were cleaned up in the 17th over after which Kranthi Kumar departed for 5, as the lower order started to collapse.

LR Kumar (9*) and Pradeep (11*) saw out the remainder of the innings as the Warriors won at a canter.Sunday will see Shivamogga Strikers taking on Mysuru Warriors at 3pm while the Gulbarga Mystics play Mangalore United in the 7pm game, both in Mysore.

Bolstered by CWG success, Sindhu-led badminton team promises to do better in Paris