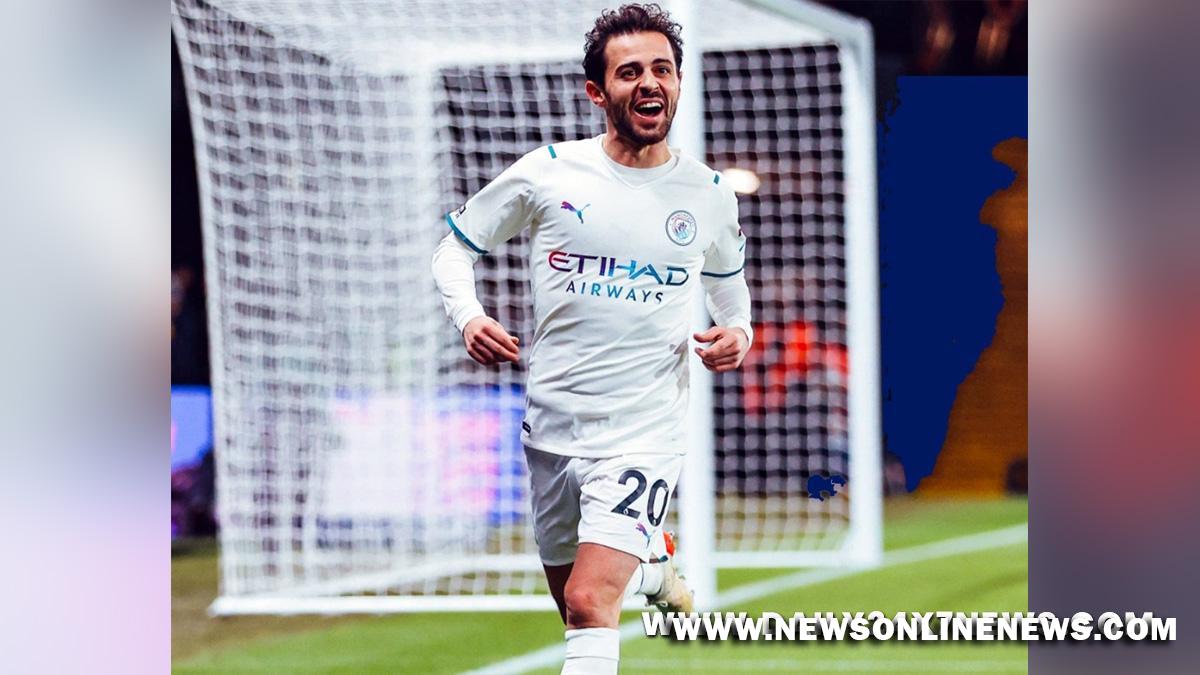 London: Manchester City are the new leaders, while Liverpool moved into second place after winning their respective matches in the Premier League this weekend, while Chelsea lost 2-3 in a thrilling game to West Ham United.Manchester City’s 3-1 win over Watford was rarely in doubt in a game they controlled ruthlessly, with Raheem Sterling opening the scoring in the fourth minute and Bernardo Silva doubling the lead just after the half-hour, late on Sunday evening.Silva added a third in the 63rd minute to assure the points before Cucho Hernandez scored a consolation for the hosts.Newcastle United claimed their first win of the season after a bad mistake from Burnley keeper Nick Pope allowed Callum Wilson to score the only goal of the game at St James’ Park, Xinhua reports. Divock Origi doesn’t score many goals for Liverpool but they tend to be important, such as the 94th-minute winner that gave his side a 1-0 win in a tight game against Wolves, where Jorgen Klopp’s men did enough to deserve all three points.

A freak goal when Arthur Masuka’s cross fooled Chelsea keeper Edouard Mendy condemned Thomas Tuchel’s men to their second league defeat of the campaign away to West Ham.West Ham showed resilience to twice come back from behind with Manuel Lazini’s penalty cancelling out Thiago Silva’s opener for the visitors and the impressive Jarrod Bowen leveling again after Mason Mount had put Chelsea back in front just before the break.Ralf Rangnick got off to a winning start at Manchester United thanks to Fred’s 77th-minute goal, which he curled in from the edge of the penalty area after being set up by Mason Greenwood.The goal came two minutes after Jordan Ayew missed a great chance for visiting Crystal Palace and overall United failed to impress.Goals from Lucas Moura, Davinson Sanchez and Son Hueng-Min gave Tottenham their most convincing win since Bruno Conte was named as first-team coach. Moura’s early strike was just what Tottenham needed against a Norwich City side that had traveled to North London on the back of a three-game unbeaten run.

Patrick Bamford came back from injury after 11 games out with a 95th-minute goal to save a point for Leeds United in a 2-2 draw at home to Brentford.Tyler Roberts had put Leeds ahead in the 27th minute only for goals from Shandon Baptiste and Sergi Canos to overturn the score and Brentford looked set for all three points until Bamford’s late finish.Ezri Konsa Ngoyo scored twice as Aston Villa came back after conceding an early goal to Leicester City to give Steven Gerard his third win in four matches as Aston coach.Harvey Barnes put Leicester ahead in the 14th minute, but Konsa got a touch on Emi Buendia’s header just three minutes later to beat Kasper Schmeichel and his powerful header from a corner in the 54th minute was enough to win the game for the home side.Brighton rode their luck before Neal Maupay scored a ninth-minute equalizer away to Southampton, who had led through Amando Broja’s 29th-minute strike and missed enough chances to have won easily.