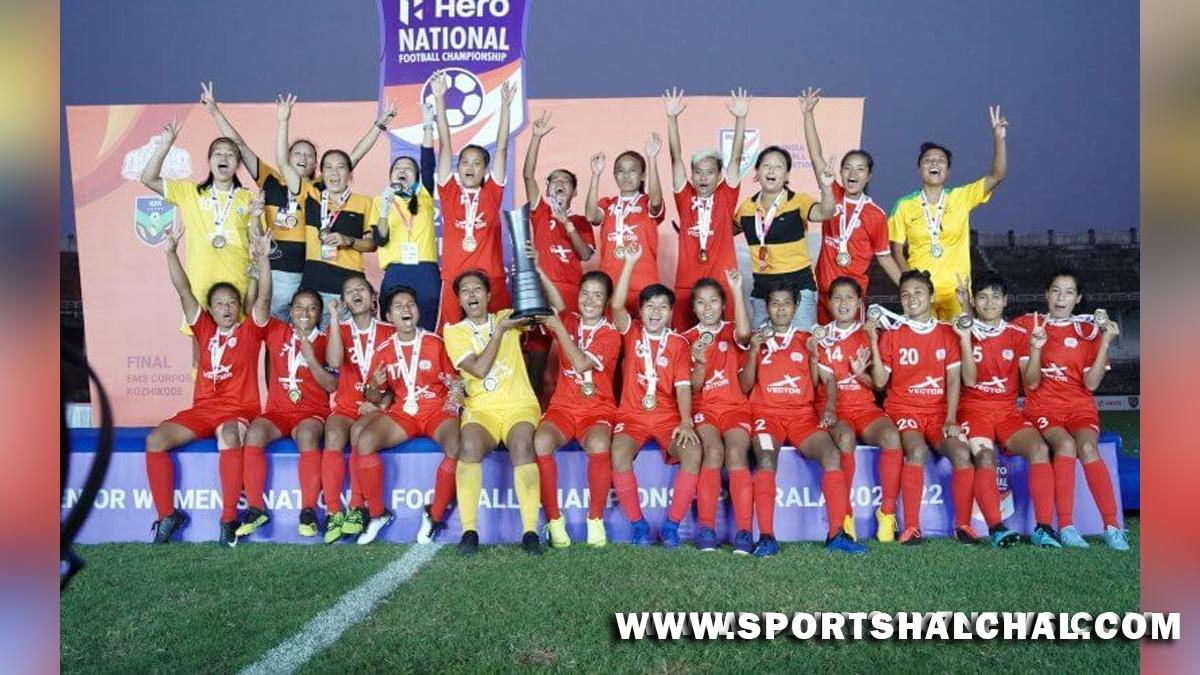 Kozhikode (Kerala) : Manipur retained the senior national women’s football championship 2021 title after beating Railways 2-1 in a penalty shootout in the final at the EMS Corporation Stadium here on Thursday.After a dearth of goal-scoring chances in regulation and extra time, the match went to penalties with the scores at 0-0. Manipur goalkeeper Okram Roshini Devi produced three saves to give her side their 21st title at this level.It was a special moment for Manipur coach Oinam Bembem Devi as well, who had won the national women’s title as a player.”I am very happy to add this title to the one I won as a player.

The girls played a really good game and I am proud that they have successfully defended this title,” she said.Manipur dominated possession throughout the game, but could not break through the Railways defence who maintained their shape and discipline. The lack of penetration resulted in an array of long-range efforts from the North Eastern side which did not trouble opposition goalkeeper Swarnamayee Samal.Samal almost gifted them a winning goal in the 90th minute after misjudging the flight of a cross but her defence was on hand to bail her out.As the game went into extra time, the physical load on the players started to show. Both sides had to get through tie-breakers in the semi-finals to get to this stage and fatigue started to play a big role as players went down with cramps and muscle injuries.In the penalty shootout, both sides were level after the third spot-kick having missed one, scored one and having one saved. Roshini Devi then produced two more fine saves and winger Yangoijam Kiranbala Devi scored a crucial fourth penalty to turn the tide in Manipur’s favour.