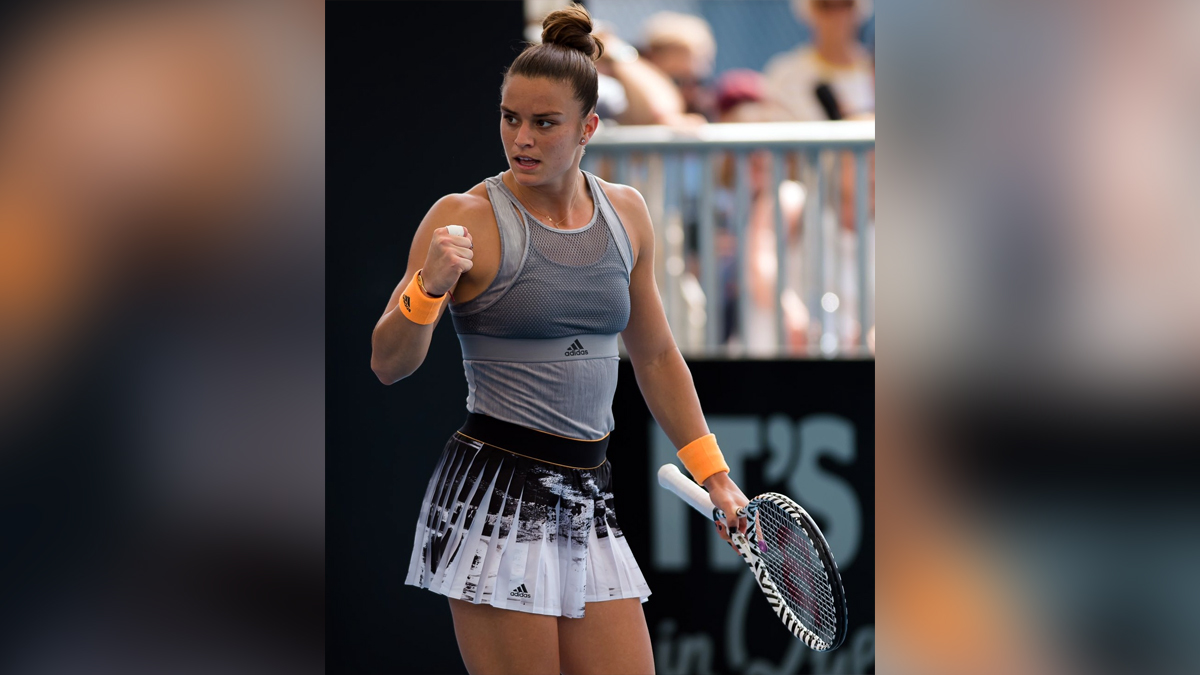 Brisbane : Maria Sakkari sealed a Perth City Finals place for Greece at the United Cup a 6-1, 7-5 defeat of Elise Mertens in one hour and 23 minutes. Greece required only two points from the final tie of Group A to advance, and Sakkari’s win backed up compatriot Stefanos Tsitsipas’ defeat of David Goffin on the previous day, reports unitedcup.com.

Sakkari and Mertens brought one of the longest-standing rivalries of the competition into this pivotal match. The two 1995-born peers have been squaring off since their days in ITF 10Ks back in 2014, and this was the 10th time they had met in pro action.

It’s a head-to-head that has been swinging Sakkari’s way in recent years, and the WTA No.6 underlined that with her most straightforward scoreline of the series so far the first time that she has required neither a third set nor a tiebreak to defeat Mertens.

The result is Sakkari’s third win in a row over the Belgian and extends her overall lead to 6-4. Sakkari was broken in the opening game, misjudging a Mertens lob that landed inside the baseline, but shook that slow start off to dominate the first set-and-a-half.

She broke back immediately courtesy of a pair of loose Mertens forehands and reeled off 20 of the next 26 points to win a one-sided opener. Mertens would struggle with her accuracy throughout, racking up 32 unforced errors as well as four ill-timed double faults.

Indeed, she trailed 6-1, 3-1 before holding for the first time. Though the WTA No.29 staged a brief fightback, winning three straight games from 4-2 down in the second set, it wasn’t enough to deny Sakkari.

The Greek player delivered a watertight performance, committing only 11 unforced errors while remaining aggressive on her backhand side in particular. With the threat of a third set looming, she responded with aplomb to take 12 of the next 13 points to quickly wrap up the match.

Greece will next face the winner of the final Group F tie between France and Croatia in the City Finals. “It was a very solid match from my side,” said Sakkari.

“Obviously I was nervous in the beginning because I knew my match was crucial, but I managed to play a good game, even though in some moments it wasn’t pretty. I’m very happy I was able to get us through the group stages.”

‘Look forward to having you back soon buddy’: Team India wishes Rishabh Pant a speedy recovery