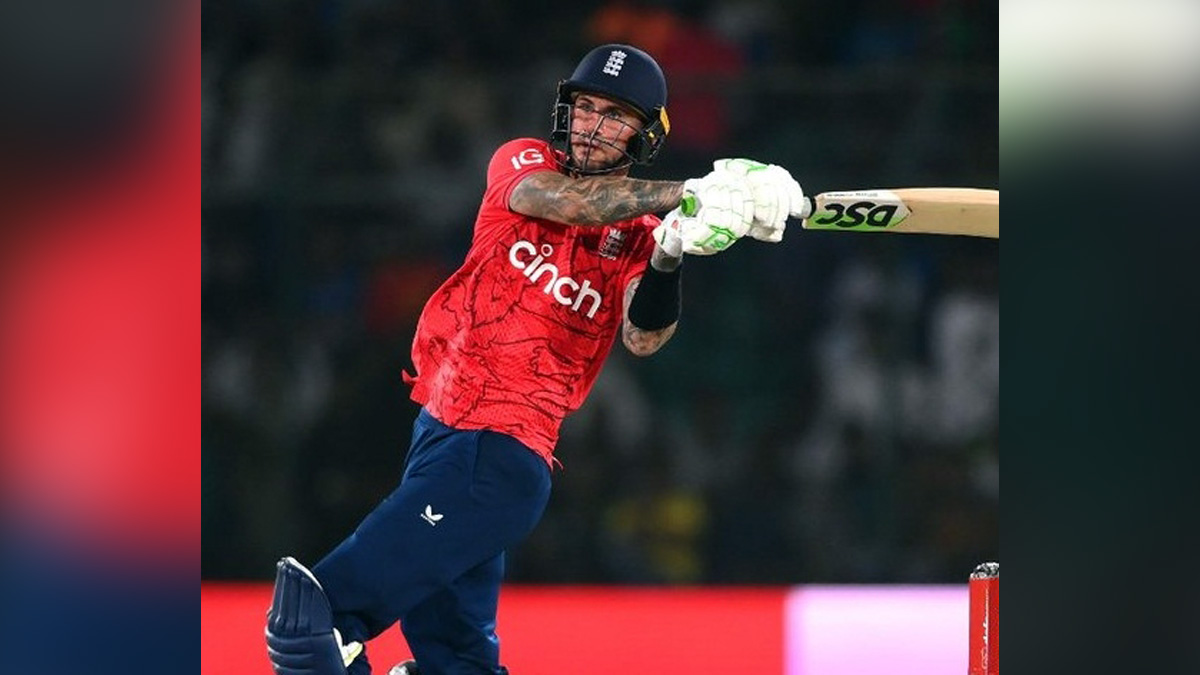 Sydney : England will focus on their game rather than be overly bothered about improving their net run rate (NRR) when they take on Sri Lanka in their last Super 12 game of the ICC T20 World Cup at the Sydney Cricket Ground (SCG) on Saturday, their opening batter Alex Hales has said.

With New Zealand, for all practical purposes, becoming the first team from either group to secure a semifinal berth following their 35-run victory over Ireland at the Adelaide Oval on Friday, the England vs Sri Lanka match tomorrow becomes huge for Jos Buttler’s side as a loss will send Australia into the last-four if they defeat Afghanistan today.

Asked if his team will be keeping an eye on NRR rate going into the game against Sri Lanka, Hales said, “It’s always a big thing, isn’t it, but I think ours are looking pretty good. I’m not sure exactly what it is; I think Australia have to win by 60 runs and we have to have a tight game or something like that.

That’s what the guys have been saying around the camp.”I think we’re just going to focus on us. As long as we put in a good performance, we all play well, then it should take care of itself,” added Hales.The mood in the England camp is quite positive, indicated Hales, following their 20-run win against the Kiwis in their previous fixture.

“Yeah, it’s (mood) been pretty good. Obviously a great win against New Zealand, a really tight game and a tight contest. Hopefully should set us up well for the rest of the tournament. Yeah, we enjoyed a nice day off yesterday (Thursday), and everyone is feeling confident and looking forward to tomorrow (Saturday).”

With Hales emerging as England’s lucky charm, as every time he has scored a half-century, the team has invariably won the match, the opening batter said, “Yeah, it’s been sort of on and off for me personally (settling into the team following his return to the fold after three years).

There’s been a few low scores in there as well as some high ones.”Hopefully I can find a bit more consistency going forward. I think that’s something I’ve done well over the last few years is few single-figure scores and more contributions.

I felt in good touch the other night (vs New Zealand where he scored 52), so hopefully I can keep that going through the rest of the tournament,” he added.